Cruel Summer is nothing but one-upmanship and bad production. 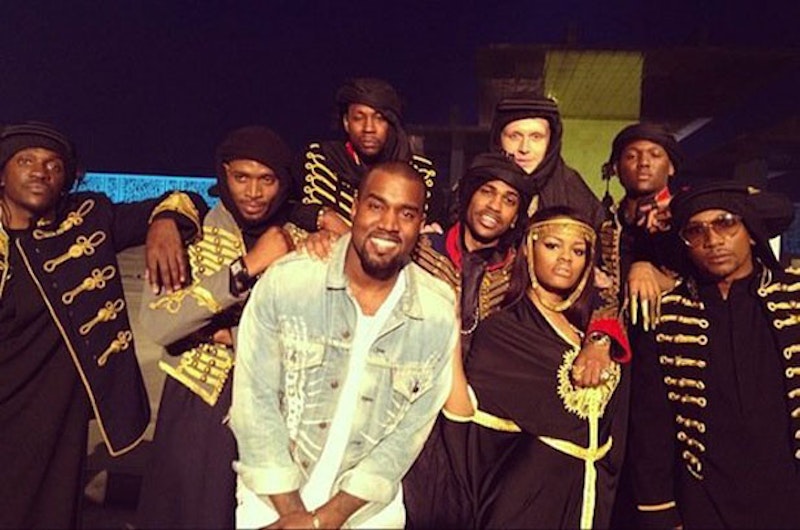 G.O.O.D. Music has been Kanye West’s pet label project dating back to his 2004 debut, The College Dropout. Fast forward to 2012, millions of records sold, relationships explicitly rapped about and used as public fodder for a rabid social media following, a split record with Jay-Z, and it was an opportune moment to expose his artists at G.O.O.D. to the masses. However, there’s one glaring problem on the resulting Cruel Summer compilation: it’s hard to showcase your artists when you drop a verse on nearly every single track that aims to best them.

While I played the record there was someone listening to it in the adjoining room. He came in at its end and after a momentary awkwardness asked, “Is this the new Kanye record? It sounds angry.” West’s journey from producer to producer/emcee hasn’t been without its critics. He’s arguably a better emcee than in his early days. His current formula, a sort of ultra-serious Biz Markie who homes in on the absurd and melodic, is aimed at abolishing the certain everyman casualness that defined his early work and persona. On “Clique” he comes in after a vital-sounding Jay-Z, declaring, “Everything I do need a news crews present” to “I’m way too black to burn from sunrays” to “Deep depression when my Momma passed. Suicide what kind of talk is that.” Like a professional pundit, the man strikes upon every one of his most frequent talking points within 30 seconds. To confound matters, Kanye’s scatterbrained rhymes often come in the midst of frequently overcrowded tracks. The average number of featured rappers on Cruel Summer comes to about three with tracks such as “The Morning” bloating to seven.

Ultimately it’s both impossible and unfair to analyze any Kanye record without looking at the production. He is the man who brought the world such utterly singular production as “Runaway” and “All of the Lights,” both from his last solo record, My Beautiful Dark Twisted Fantasy. “New God Flow” is all minor key pianos while “The Morning” shifts slyly between video game synthesizers and a string arrangement. “To the World” features R Kelly engaging in auto tune scale exercises which gives the listener that classic feeling of grandeur and giddiness that vibrate from West’s true genius moments.

However, there are certain problems that arise in the album. “Cold” drops a beat that is identical to the track before it. Similarly “The One” is an atrocious ballad with a piano-vocal chorus that feels like a rejected television theme song. Such duds raise real questions about the album’s purposefulness. Stars are born upon stellar tracks, and with the absence of any classics on Cruel Summer it’s a creative lull for West and at best a cameo for his artists.