On the Artificial Scarcity EP and the Snake Into Star Birth LP. 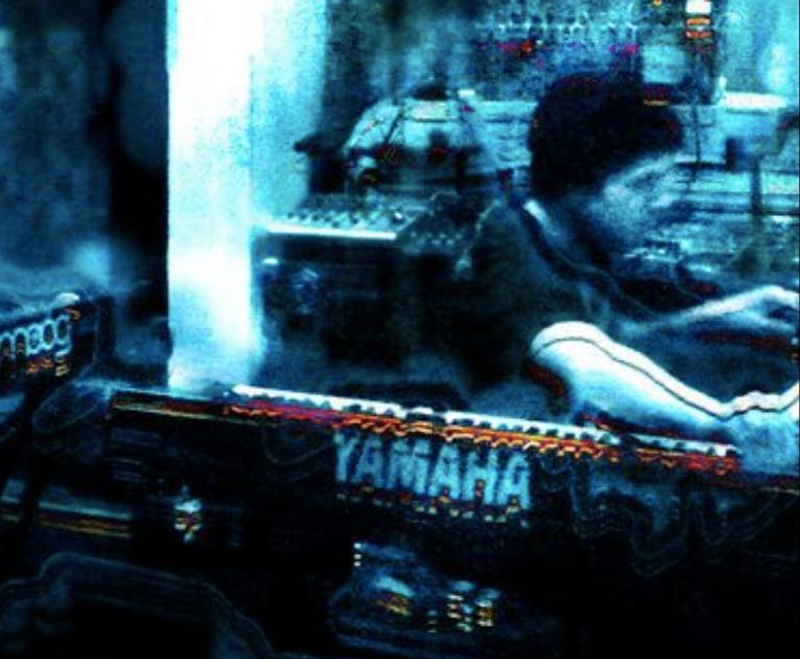 Sixteen or 17 years ago, my idea of a fun Friday night was to crack open a few off-brand beers and watch Closure, Nine Inch Nails’ 1997 video release. Though it’s been years since I watched or owned it, certain scenes stick in my memory: Trent Reznor hobnobbing with David Bowie, the “Closer” video, anything involving a young Marilyn Manson. The NIN collective costume was basic, yet effective: black t-shirts, black shorts, a heavy dusting of flour or something like it. The image of a blond, dreadlocked musician—James Wooley? Robin Finck?—shadowboxing under hot lights in a dust cloud while a dubbed-out remix cycles is a special moment.

The Artificial Scarcity EP(Kraftjerkz) evokes a similar degree of house-music buoyancy, albeit a buoyancy propped up by sharp, flat pops, anchored with fraying cables, seasoned with bolts and gravel. Those high-hats snap; those looped voices dip and redouble; rattles and scrapes scuff up the mix. “Dance on Their Bones” seems to take place either at the bottom of an active hookah or in the middle of a laser shower. It’s a release that briefly rearranges the mental furniture. But Scarcity is a drop in Joshua Slusher’s musical bucket, among the best of the 10 or 12 releases the NYC-based musician has had a hand in this year. I’m also very partial to Snake Into Star Birth (In For the Kill), from his Mind Machine project with Adam Kriney. The duo go in for a sort of dank cosmic noise-jazz. Their calmer excursions stuff guitar-filigree bursts into wide open, spiraling corners; their denser ventures are punk-rock raucous and no-limit reverberated, trippy simulations of band tumbling down stairs, electrified and tangled up in cables. It’s a wild, dark alchemy at work.