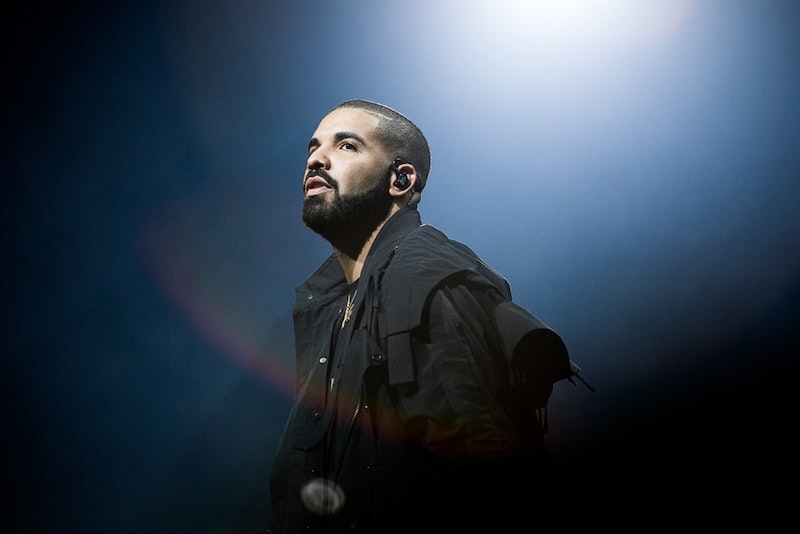 If music critics are to be trusted, Drake's highly anticipated fourth album VIEWS blows because it too blatantly attempts to mimic his past hits: "Too Good" is an obvious "Take Care" clone; "Feel No Ways" tries to recapture the chillwave rhythm of "Hold On, We're Going Home"; the ADHD subject-switching and subliminal disses of "Weston Road Flows" would fit better as one of his hook-less AM/PM "freestyles" than as an album cut; even "One Dance," his first number one hit as a solo artist, is just reheated "Hotline Bling," which appeared as a VIEWS bonus track strictly to inflate the album's sales numbers.

That's not why VIEWS is bad, though. "Too Good," for all its redundancy, is better than "Take Care," and "Feel No Ways" proves that if a chillwave revival—God forbid—ever gains momentum, Drake will be the figurehead. And even though "One Dance" sounds like it was created in a pop music laboratory, it's still superior to 99 percent of the catchy dross currently dominating the radio. VIEWS is bad because of its insularity; Drake escaped too far deep into himself.

On the 2013 Soundcloud loosie "5AM in Toronto," Drake denounced other artists for imitating his style with the simultaneously most- and least-self-conscious line he's ever rapped: "Every song sounds like Drake featuring Drake." Hilarious in its solipsism, sure, but also hypocritical for a rapper who’s been accused of serially appropriating the styles of his lesser-known peers.

But while many find it nefarious, the alternative to this serial appropriation is downright boring: without his cultural omnivorousness, Drake is just a whiny lounge singer, evidenced by the sedated songs that make up half of VIEWS. And as much as the music press criticizes Drake for his chameleonic tendencies, they also praise the tracks that are most clearly indebted to other artists. "Hotline Bling," for example, placed in the top three of most 2015 year-end lists.

At this stage in his career, it's obvious that Drake is not so much an innovator than a synthesizer, absorbing ideas and restructuring them through with his innate pop sensibility. He's like Cell from Dragon Ball Z, feeding off the energy of his contemporaries. It's no wonder that If You're Reading This It's Too Late, the low-stakes retail mixtape that was released without any promotion, is so much better than the album that followed it: on IYRTITL, Drake gets to pretend he's a battle rapper; on VIEWS, he can only be himself. Drake is best when he's cosplaying as someone else.

That's why his recent video for "Sneakin'," featuring 21 Savage, is so refreshing: Drake apes his collaborator's signature deadpan flow, and the video itself—a 90s nostalgia, VHS-quality jaunt around his Calabasas mansion—is pure trend-chasing affectation that reaffirms his image as The Perpetual Poser.

"Sneakin'"'s original October release accompanied three other tracks that will ostensibly slot on his new "playlist" More Life. If these previews are any indication, More Life will be looser than the stick-up-his-ass conservatism of VIEWS, and will showcase Drake doing what he does best: copying others. I can't wait.