James Blake Stretches Out on Overgrown

But keeps his holistic approach. 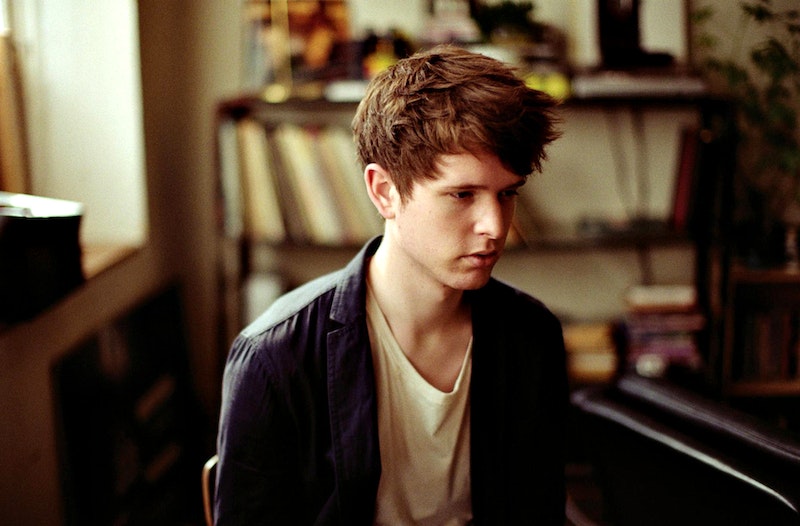 With James Blake's eponymous debut it felt like I was listening to a bold new voice. Blake sings in a soulful falsetto over bedroom electronics that occasionally fade in to became a style that's both instantly recognizable and has become tantalizing fodder for imitators. On his followup, Overgrown, he's broadened his production palette without totally abandoning his arch-minimalist style.

Blake's work still feels like it's operating on its own time scale. Most of Overgrown has tracks that fall into the three-to-four minute range. Yet it's easy to become completely engrossed and lose track of how the instruments segue within the same song. Opener “Overgrown” transitions almost imperceptibly from a drum intro with minimal bass to a mass of synth strings. It's a nice bridge from where his debut album left off. However, later tracks such as “Digital Lion” venture into richer depths. There are synth swells followed by an acoustic guitar strum followed by a snare and deep bass combo. Blake operates like a jazz improviser. He quickly moves onto a new sound which in turn allows him to alter his vocals. On “Life Round Here” a bass synth creeps into the mix with increasing attack. Rather than attempt to sing over top, Blake instead drops out the vocal completely to avoid sounding too busy. He channels a holistic approach that is rare for modern electronic producers.

Overgrown does foray into less experimental territory too. “Voyeur,” the most immediately danceable of his tracks, is a simple four on the floor beat over an arpeggiation and cowbells. However, even these obvious elements don't quite come together in an expected way. The line “And her mind was on me” becomes deliberately looped over an increasingly turbulent analog synth pad that falls into an unexpected drop and continuation. “Retrograde,” on the other hand, is easily the least electronic of his songs. The sampled handclaps, spare piano, and hummed vocals unequivocally convey how personal his interpretation of soul music is. Blake is no Moby, who 10 years ago effectively reduced everything "soul" and "electronic" to retro marketing kitsch. By comparison, the only track on Overgrown that seems regrettable is “Take a Fall For Me,” which features RZA. It's odd not hearing Blake sing over his own production and while the collaboration seems appropriate, it's nonetheless bizarre hearing RZA rap about fish and chips and a thousand quid. Blake's production is too personal to work effectively in the hands of an outside interpreter much less a superstar producer.