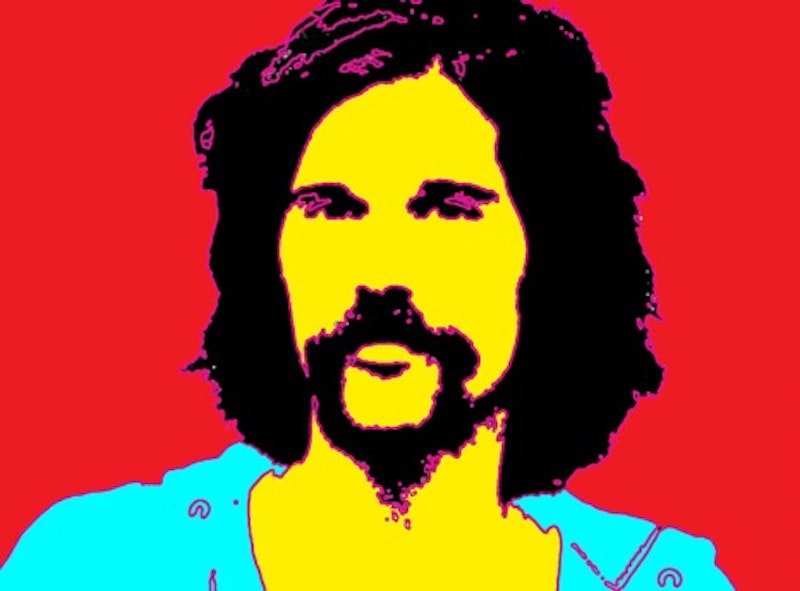 Walking in the Neon

A number of dance songs were released in Italy in the late 1970s and early 80s, but only a handful of them can truly qualify as Italo "hammers." These up-tempo tunes have driving synths, unintelligible lyrics and bubblegum choruses and instantly cause cheers to erupt on the dance floor when they hit the decks. The hammers are some of the most well-known from the Italo disco canon—far from being obscure within the genre, they are the songs that aficionados will spoon-feed to new recruits as their entry into the world of Italo disco.


The perfect introduction to Italo—this is everyone's first favorite Italo disco song. If you thought an anthem couldn't be meaningless, check out the lyrics to "Take a Chance."


The song is actually a cover of a song by NYC electro-funk band Material that was released just a year earlier in 1982. Mr. Flagio wisely decided that it needed to be spiced up with as much vocoder and hi hat as possible. They weren't wrong. It's synthly the best.

If you're only going to release one song in your career, make sure it's a completely slamming tune about being a plastic doll. That's what Dharma did in 1982, and sadly, no one's heard from them since.

If you ever thought a doll screaming couldn't be arousing, you're wrong. The tune features a rising crescendo of emotional sexy plastic dollness culminating in one of the deadliest chord progressions in Italo history.


Brand Image, “Are You Loving”

The song was released in 1983 on the famed cult label Il Discotto label, home to many of the Italo hits. With driving keyboards and an upbeat instrumental chorus that sounds like penny whistle plugged into an amp, this tune is a hit with or without the vocals.


Jerry Moon, “Over and Over”

Released in 1984, this Italo classic goes for upwards of $100 whenever the vinyl single appears for sale. One of only two 12"s released by Jerry Moon, the song was written by Lorella (Lori) Ghilardi, who also wrote the lyrics for a number of other Italo hammers including Clay Pedrini's "New Dream" and B. Rose's "Hey D.J. (Give Me A Lot Of Music)."

Despite the painfully delivered, heavily-accented vocals, the electro horns and piano solos ensure this tune will be stuck in your head for ages and will have you doing air keyboard moves in public.


Peter Richard, “Walking in the Neon”

Released in 1983, this is one of easiest introductory Italo tracks, primarily because the forward-thinking electro beats and relative lack of cheesiness make it an easy jump for electronic fans. It's arranged by Celso Valli who was also responsible for hits like Raf's "Self Control" and Azoto's Disco Fizz, arguably one of the best Italo albums of all time.

In an interesting juxtaposition, the song combines a fast 135 BPM synth with slow, haunting lyrics about outer space. The dark, spacey synthesizers and futuristic lyrics will take you to another galaxy.

A seminal 12" Italo anthem released in Italy in 1985. Duo Tony Travagliante and Franco Zasa claims that the song is an ironic commentary on the "Italian Stallion" stereotype, but the beat is anything but ironic.

The song is a high-pitched love anthem sung by Italian singer Taffy of "I Love My Radio" fame and is replete with little voices, girly squeals and a catchy synth hook. It's pure saccharin camp.

The 12" was previous relegated to emptying collector's pockets on eBay, but has since been released by Clone Classic Cuts, thus solidifying its place in the Italo canon and ensuring that every Italo-trendster can now own a copy.

By releasing more than 10 songs and staying in existence for over four years, Camaro's Gang was one of the most prolific and enduring of Italo groups. Half in Italian, half in English, the lyrics are just as inane in both languages. But that doesn't negatively impact the bounding bassline, catchy pop melodies and enthusiastically sincere cheese.

Both the instrumental and vocal versions of this track are quintessential Italo. The high-pitched synthesizers are matched only by the increasing intensity of the woman's voice on the track singing "move on, move on, move on." It's balanced by the male voices wailing, filling in the empty bits with "la la la la la" and screeching "talk about! talk about!" over and over. The unbridled earnestness used to deliver the adorably vacant lyrics is a hallmark of time-honored Italo.

The instrumental version of the song is arguably the better one, as it keep the vocal highlights of the chorus but focuses on the synth hook that just won't quit.

Have you ever heard a song that starts with a car crash and after repeated listens threatens to turn your brain into candyfloss? Welcome to "Happy Station."

Antonelle Pepe and Angela Parisi were two of the wide-eyed babes of the era, wearing shirts that proclaimed "FUN," and living up to the image. (When they awkwardly dance next to each other their t-shirts combine to say "Fun Fun." Get it?) Possibly some of the stupidest lyrics in a genre where that actually means something, but the synthesizer arpeggios and electro scratching make it a sugary sweet good time.

"Remember" is a soulful, haunting synthesizer dance track that's an Italo standard and has been remixed by dozens of DJs since it was first released in 1982. Although Soccio was technically a Canadian (born of Italian heritage) his work is undeniably part of the Italo disco oeuvre. He was both prolific and popular, topping club charts in numerous countries.

The sweeping synths and evocative lyrics in "Remember" give the song a melancholy air while still maintaining a danceable 129 BPM. Over and over a mournful vocoded voice sings "yesterday" while a woman speaks in French in the background. Both sad and hopeful, the song is one of the most influential Italo disco tracks of all time.