A chronicle of difficult years

Sam Jacobs gets some help from several heavy-hitters on his newest record, Pain is a Reliable Signal. 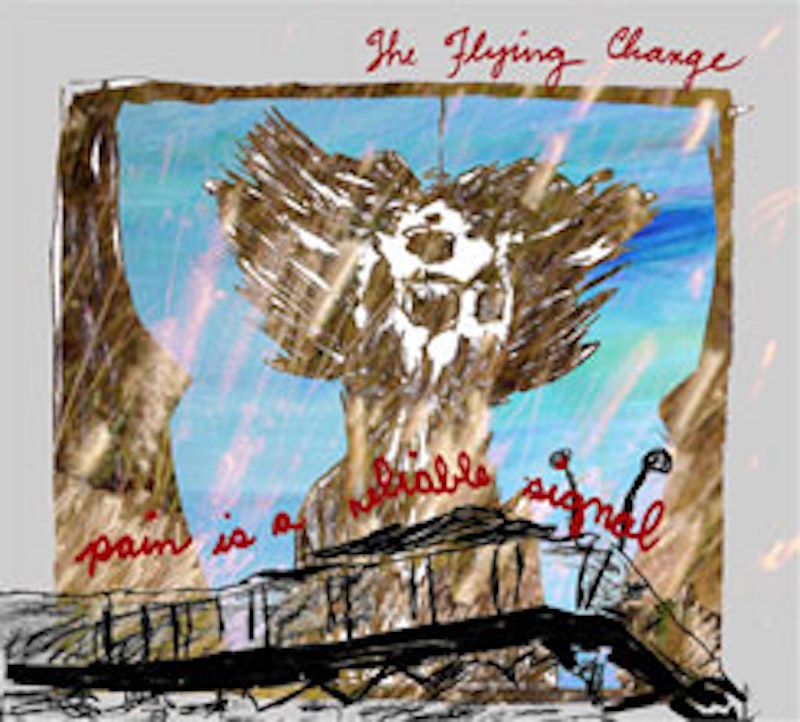 Well-connected NYC singer-songwriter Sam Jacobs, recording under the name The Flying Change, has made what I'm willing to go ahead and say is one of the best albums of the year. Forget The Pains of Being Pure at Heart and Beirut and whoever else is getting all the rave Pitchfork reviews so far. Sam Jacobs is the one to watch out for. So who is he? Well, good question. I avoided writing anything about his new album Pain is a Reliable Signal (even though it's been in my car stereo for more than a month) because Google turns up pretty much bupkis—though I spent a good day or so thinking he might be this guy. But wouldn't you know, a little more looking around and there he was on Twitter. God bless the Interwebs. Anywho, you can find out pretty much anything about the album here, as well as read Jacobs' well-updated blog.

Pain is a Reliable Signal had some help from some serious heavy hitters, including award-winning producer and composer Paul Brill and master engineer Robert L. Smith. The beautiful production adds layers of synths, strings and horns to Jacobs' clever, heartfelt songs about his wife's debilitating spinal condition. Jacobs and his wife have spent more than four years looking for a manageable treatment—paying for two unsuccessful exploratory surgeries and being told by the Mayo Clinic in Rochester, Minnesota, that there was nothing to be done. Pain is a Reliable Signal is a chronicle of these difficult years. With Jacobs narrative story-song lyrics and rough voice I can't help but be reminded of David Bazan, which is nothing but a compliment to Jacobs. Songs range from lighter, poppy tunes ("Dirty White Coat") to some pretty all-out Pavement-inspired guitar thrashing ("St. Marys").