It's Blitz! introduces new textures to the band's signature sound. (Grade: A) 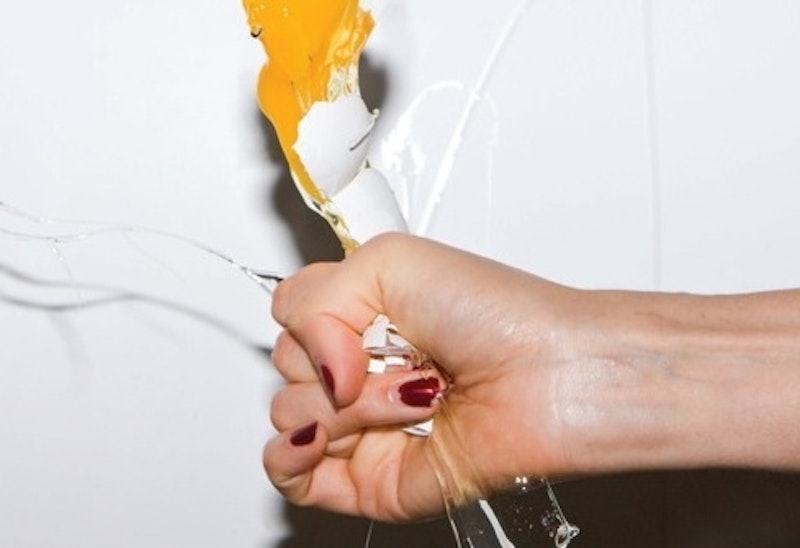 I’ve been patiently waiting for a new YYY full-length album to drop for nearly three years. YYY is one of my favorite bands, mostly because of lead singer Karen O.’s ridiculous outfits and equally ridiculous stage antics. And with their latest joint It’s Blitz!, the party is just getting started.

Call me a latecomer, but I first heard about the Yeah Yeah Yeahs at Misshapes in 2006, which for five years was the über-hot hipster dance party in all of New York City and the civilized world. The shenanigans were all about New York grunge, glamour and rock and roll. So the YYY’s were obviously a perfect music fit. I still remember the moment when the ultra-hip DJ, whose eyes were cloaked behind a force field of unnaturally black bangs, spun the YYY’s song “Date With the Night” and I nearly lost my marbles on the dance floor. With lead singer Karen O.’s twangy, breathy vocals (“choke, choke, choke!”), Brian Chase’s pulsating drums and Nick Zinner’s violent guitar, “Date With the Night” sent electric waves through my body like I’d never felt before. And I have been a die-hard YYY fan ever sense.

YYY is a New York band known for its grungy, guitar-driven, recorded-in-my-living room type of sound. “Tick” from the trio’s debut album Fever to Tell (2003) is short, scrappy and super energetic. “You make me/tick tick tick/you look so good.” And just like “Date With the Night,” “Tick” is all about the exploding bassline and Zinner’s virtuosic guitar riffs. But the original sound that gave YYY traction in indie circles became more polished and slightly more commercial on their sophomore album, Show Your Bones (2006). I didn’t love this album as much as the first one, but it still has some good tracks on it, like “Honeybear,” with its chorus, “Good good things happen in bad towns.” Their 2007 EP Is Is returned to the original DIY recording style and sound, but didn’t really take the band in new directions.

With their latest offering, YYY poses the typical third-album question: “How can we evolve as a band if we make the same album over and over again?”

So on It’s Blitz!–god I love that exclamation point—YYY gives us fuckin’ retro disco! I didn’t see that one coming. Let me just say that I am completely obsessed with this album, seriously queening out over it. It’s Blitz! is spicy, sweet, in your face and fierce. It combines what I love about indie rock into 10 little songs: dance rock, still sorta dance-y slow ballads, hard guitar riffs, and fun most of all. You can tell that these guys had a lot of fun making this album, which was largely recorded in the middle of nowhere Mexico.

The most interesting thing about It’s Blitz! is that heroin-chic Nick Zinner basically scrapped his guitar for vintage synth machines, or guitars that sound like synths, which gives the group a whole different retro type of sound. So in a way, it’s like the cool kids returned to their retro roots only to squish them like the egg on the cover of the album.

The lead single “Zero” opens with a static-y synthesizer sound that makes you want to wear neon, shoulder pads and dance right in the middle of the street. I was a little unsure about “Zero” at first because it sounded super commercial—you know, I didn’t hear that NY grunge/angst that hooked me at the beginning. But midway into the track, Karen O. busts out her trademark call-and-response, breathy vocals (“Was it the cure? Shellshock! Was it the cure? Hope not!”) and Nick goes out full blast. That’s the YYY I love!

The album’s other excellent joints include “Heads Will Roll”; “Shame and Fortune”; “Dull Life”; “Runaway” and “Hysteric.” “Soft Shock” presents a side of Karen O. that I’ve never heard before—an upbeat, almost jazzy swagger, complete with gorgeous breathy vocals: “Well it’s a soft shock to your soft side/ summer moon/ catch your shut eye.” But it’s not fair to qualify the album’s songs this time because they’re all really great. Except for “Little Shadow,” which I think belongs at the bottom of the earth.

But what really excites me about It’s Blitz! is that it’s such a fun, dance-y album that I can’t wait to go see them in concert and witness Karen O. turn these gems into ridiculous performances, aided by ironic outfits and wild stage antics. See you at Coachella.