Is "Creepy Folk" A Genre?

DM Stith and Marisa Nadler get spooky on their new records. (Grades: B [Nadler]/B- [Stith]) 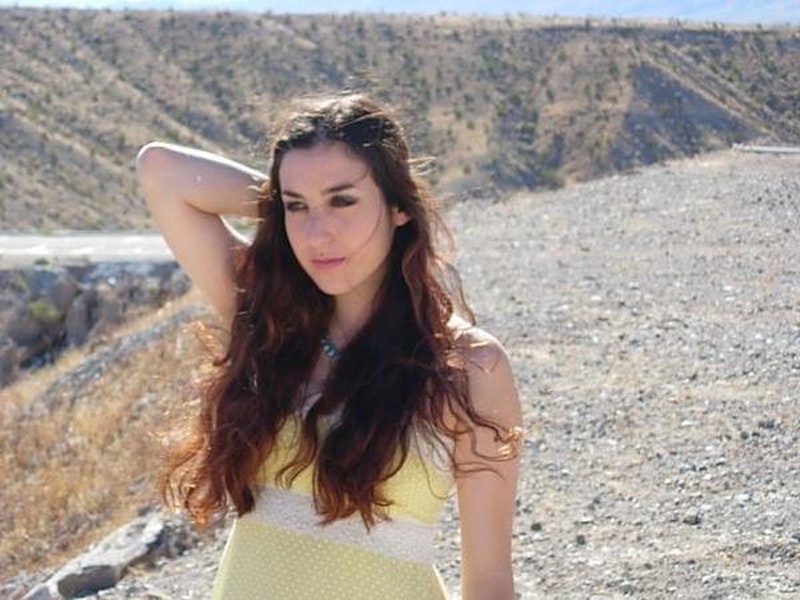 On her new record Little Hells (Kemado Records), Marissa Nadler’s melodies and fingerpicked guitar exhibit her strong bond with traditional music, fitting snugly under the ever-loosening moniker of “folk.” At the same time, layers of reverb, organ, and light overdrive fill out the gaunt old-timey sound and give it a little contemporary weight.

Despite composing within the restrictive confines of folk, Nadler’s songwriting itself is strong. The only criticism here, then, is that there isn’t enough of the edge that makes her best songs so good. “Loner” sums this up: the song is cohesive and immediately engaging, seeming to promise build-up. But once it has got your attention, the energy doesn’t seem to mount any further.

But Nadler also breaks briefly out of her rustic lull. The driving intro beat on “Mary Come Alive” signals a welcomed tempo increase. The warm reverb recalls Daniel Lanois’ production on Emmylou Harris’ Wrecking Ball or Dylan’s Time Out Of Mind. The track is capped off by a one-minute instrumental outro, composed contrastingly of Beach Boys arpeggios and faintly humming lead guitars that would be more at home on a Radiohead album. “Mary Come Alive” is the most unique track on Little Hells, and hopefully also a precursor to Marissa Nadler’s future output.

DM Stith’s Heavy Ghost (Asthmatic Kitty) is perched on the same wispy dream-cloud as Nadler's Little Hells, but strays far from Nadler’s pastoral feel. Stith sharpens the brisk airiness of his sound with a medieval menagerie of vocal grunts, sound effects, cascading orchestration, and minimalist piano passages. On “BMB,” he even embraces atonality, with winds and strings that reminded me of Gyorgy Ligeti’s Atmosphères or Apparitions. This rich sub-layer of arrangements points to Stith’s protégé-mentor relationship with Asthmatic Kitty label-mate Sufjan Stevens.

The video for “Pity Dance” works like some grizzly horror tale involving murder and log cabins, strangely displaced into an empty urban landscape. On the track itself, unpredictable and grating background instrumentation challenges the calm pace of rhythm acoustic guitars.


Admittedly, with albums like these, I sometimes think the “American gothic” folk thing might be going overboard. The similarities between Nadler’s Little Hells and Alela Diane’s recent To Be Still remind me that this kind of music is as reproduced as the painting of the same name. But for his refreshing departure from the slide guitar-laden, countrified side of folk, DM Stith in turn ventures a little too far into the esoteric. Heavy Ghost’s closer, “Wig,” for instance, sounds like little more than an orchestra tuning in the pit. Both these artists work best when focusing on their songs, instead of their sound.