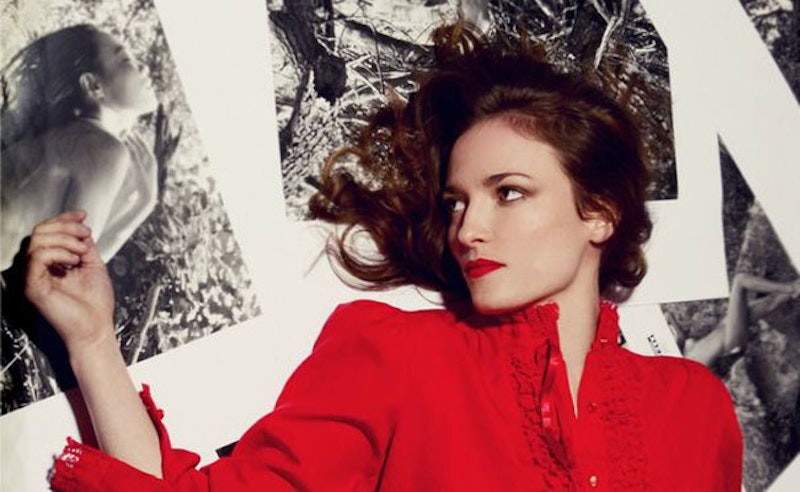 Love sucks, but at least we have pop music. On their new albums, Dawn Landes and Lydia Loveless stick to pop’s most basic instinct. They fall in love hard and write songs when it goes south.

Landes, releasing her first album since 2009’s Sweet Heart Rodeo, relies on a standard formula: establish a basic melody, simple and spare, then add more details to emphasize certain aspects of a song. She’s playing with the tools of country, or folk, or Americana, or even lullabies (she specifically calls one of these tunes “Lullaby For Tony”)—whatever you feel like calling music characterized by short songs, a lot of acoustic guitar, and the naked voice. The album’s named Bluebird, and it contains 10 tracks, though it could contain just two, or maybe 20, without changing its impact. It’s light on the ears and heavy on the heart.

The softness of Landes’ approach acts almost like a trap. Bluebird opens with its title track (old school), full of gentle finger-picking in the mode of Bob Dylan’s “Buckets Of Rain.” She describes her first encounter with the bluebird, it “flew by, caught my eye, and I fell in love with blue.” Peace and tranquility reign—there’s bass, which stays out of the way, and no percussion. In the next verse, things proceed quickly to the head-over-heels stage, as Landes sings about temptation and obsession, “walked down to the edge of the wood/I know I shouldn’t go, but it makes me feel so good.” She drops in a harmony and a touch of onomatopoeia, “you sing to me, da de de de, ooh I feel so understood,” and suddenly roles have changed—Landes is the bluebird, capturing passers-by with her singing; the listener is happily trapped, pining for another bout of harmonies.

The second song, “Try To Make A Fire Burn Again,” continues to work this angle, as Landes sings about love gone wrong, addressing “you” and refusing to let anyone off the hook. She opens with resignation, “I don’t lie, I just get by, not gonna try to understand.” But when she jumps again into another closely harmonized, tortured chorus, it’s clear she’s seeking understanding through reenactment. Again, she turns the tables; the hook starts with the same sweet “ooooh” that previously signified the pleasure of the bluebird, though now it’s associated with pain, with a relationship running off the rails. “Getting’ out of hand/don’t you want to love me all over again/ooooh, comin’ over me/don’t you want to see me, mistreat me.” She’s longing to rekindle things with her lover even if she knows it will go straight to hell. The guitar riff descends and stops and starts again, mimicking the mix of come-on and kiss-off.

Towards the end of the album, Landes names one tune “Love Song,” but this seems like an unnecessary move. Almost everything on Bluebird touches on affection and its subsequent absence. In the immortal words of the rapper Ja Rule, “love is pain and pain is love.”

The roots of Lydia Loveless may not reach as deep as Landes’, but the stuff she works with on her debut album is also firmly entrenched in pop’s lexicon through classic rock radio: The Pretenders and some of the albums Jimmy Iovine produced in the 80s for Tom Petty and Stevie Nicks. The Petty/Nicks axis used to be taboo, representing a certain kind of safe, square, mainstream rock excess, but it’s all fair game now. The debut album from Haim or the recent release from the Dum Dum Girls also represent a shiny updating of this period.

On Loveless’ Somewhere Else, people do three things: they want, they hurt, and they play electric guitar. The action in “I Really Wanna See You” is triggered when Loveless goes “to a party” and is handed “some blow.” It all comes spilling out after that: “There were times I was such a bitch I could be so insensitive/I really wanna make it up to you now!” “Wine Lips” follows, built step-by-step, instrument-by-instrument: percussion, bass, guitar, vocal, second vocal. “All I really wanna do/ is be somewhere that’s just me and you/that’s all I really wanna do/but I kept losing my grip on you.” These songs traffic in the direct, the emotional, the fervent.

But when you crave too many things, you can end up in trouble, and that’s where Loveless is on the album’s title track (which splits the difference between Fleetwood Mac’s “Dreams” and a solo Stevie Nicks song from 1982, “Nightbird”). “I say I wanna go,” Loveless sings, “then I say I wanna stay at home/well I don’t wanna do anything at all.” She’s a mass of contradictory feelings. In the end, escape is her only option. “I just wanna be somewhere else tonight.”

“Head” offers a possible solution to these struggles. At first, Loveless swims around in a wine-induced haze: “Well I don’t think too much these days/not after that last swallow of cabernet/well I don’t even try that hard to stay awake.” But what appears to be surrender is actually a carefully orchestrated mission, because when she passes out, she gets to dive into a sexy dreamland. “Don’t stop get in my bed/well honey don’t stop getting undressed… don’t stop giving me head.” A properly crunchy guitar solo drives home the whole scenario. Sometimes fantasy is the only way you can get what you want.