I Wanted to Be Jimi Hendrix 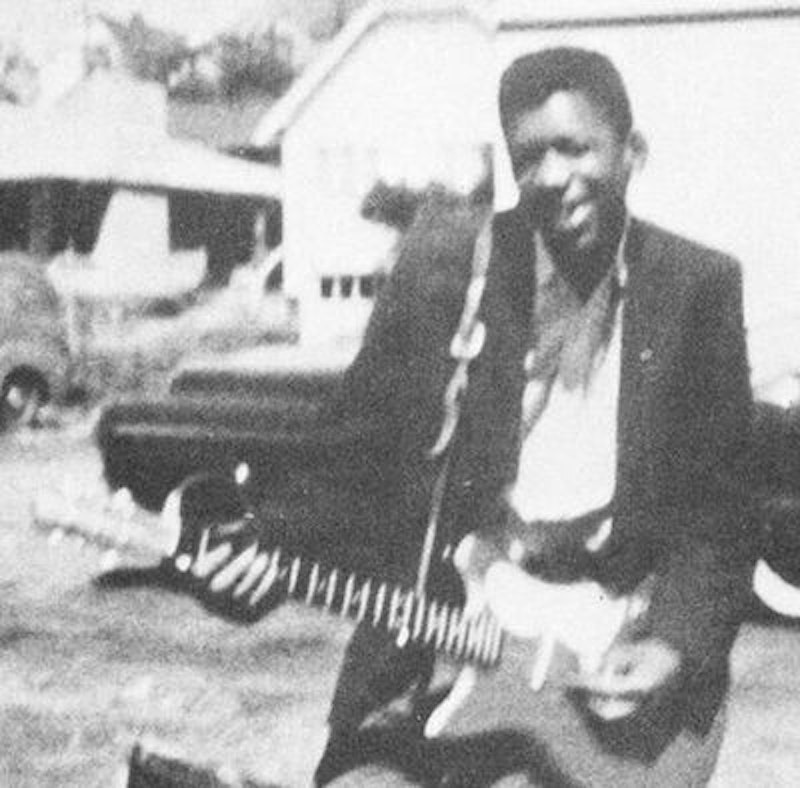 There can be only one true original. After that it's all flattery and imitation. When Jimi Hendrix exploded all over the world in 1967, no one was ready for his pyrotechnic ascension to the ranks of guitar gods. Some say Hendrix was the king. He was a master innovator, combining blues, classical and space age psychedelic sound with electric guitars. The only one-of-a-kind guitar slinger superhero with a mean set of chops. His left-handed axe felled a path of glory through the untamed electric forests directly to the ears of revolution’s children.

He left his mark permanently stamped on the brains of every kid from the 1960s who prayed for an electric guitar for Christmas so they could play just like Jimi. A sound forged in a fiery legacy that began as a child's dream. As a kid with an old straw broomstick playing air guitar, Jimi mimicked his personal heroes, Howlin' Wolf, Chuck Berry, Muddy Waters, Western swing's Bob Wills and Elvis. Steeped in a blues so deep it never hits bottom. At another end of the spectrum, during his brief reign Hendrix played Dylan records on daily rotation. In particular Highway 61 and Blonde on Blonde. The orations of life, love and cosmic vibrations blended smoothly into an elixir of music freedom. His Afro-Cherokee roots conjure up memories of ancient spirits, voodoo and tribal ancestral heritage.

A major mojo hoodoo high priest of the uniquely un-American counterculture tradition, Hendrix reinvented himself to meet the destiny he chose. He began playing guitar while doing a stint in the Air Force. After that, he played back-up guitar with the Isley Brothers and Little Richard. Later on, after the premier at the Cafe Wha? in NYC's Greenwich Village, August 3rd, 1966, Hendrix changed his name to Jimi and the rest is that fickle monster called fame.

It all happened much too fast, as if preordained by the spirits of some rock opera’s trial by fire. The epic journey of an unsung hero seeking redemption and resurrection for salvation of the soul. The legacy of Hendrix holds true over the decades of forgotten one-hit wonders and wannabe rockers. None could hold a candle to Hendrix. Players like Stevie Ray Vaughn, Robin Trower, and Johnny Winter all paid tribute to the majestic maestro. Even the likes of Eric Clapton and Keith Richards. Pretenders to the royal seat of guitar slam madness. One would have to be insane to pick up a guitar and emulate cool the likes of these heavy dudes.

I got my first electric guitar at 12. I wanted to be Jimi Hendrix. The pipe dream still lingers. Fifty years is a longshot fumble with guitars as a prop. At the same time attempting to play my half-assed songs of what I wish sounds anything like Hendrix. In no way, wildest dreams. Not even on a good day do I come close to a facsimile of playing like the magician Hendrix. I never stopped believing the dream that the sound of true notes can set you free to fly away on an electric vision of six-stringed sonic wings. With a wah wah pedal and a whammy bar. An oversized stack of amps turned up enough to make the ears bleed. The delusion of playing before a crowd of undying fans whipped into an ecstatic frenzy in the give-and-take game of rock god idols they worship. With a kick ass drummer and solid bass player to hold it all down to a thumping joy of life.

The exhilaration of making music live on a stage. Feeding off the energy from a crowd of freaks and other radiant life forms both weird and strange. In love burning with the idea of unheard sounds, astral traveling to spaces way far out there. Unconscious rhythms driving the sound around the world of musical power making dizzy heads spin.

Jimi's own enlightenment drove him from a quick stint with the "Experience" band to a new Band of Gypsies. Acknowledging his roots and a sympathy for his fellow black indigenous brothers. In perfect tune with The Black Panther Party, along with anti-war and civil rights movements too. The peace and love hippie harmony with left-wing radicals from the Woodstock generation. "The Star Spangled Banner" played as only Hendrix could muster on the last morning of that epic festival is a testament to everything we stand or won't stand for. Half a million people can't be wrong. That version of the national anthem should be played at ballgames and schools across the country.

Inventing sounds... no need to show off, boast like a know-it-all purist. Playing guitar with his teeth or behind his back. Setting the guitar ablaze at Monterey Pop Festival. All the tricks of the trade. Are you experienced? Mr. Uptight Business man. A tragic figure who went too fast. Pills and booze and choking vomit. Ironic testimony to the fact there's no good way out. We can't all be Hendrix but we can glow in the fire.