I Only Go for Big Big Things

Seven flawless singles put out by Leonard Schwab’s Montgomery Records from 1965 to 1967. 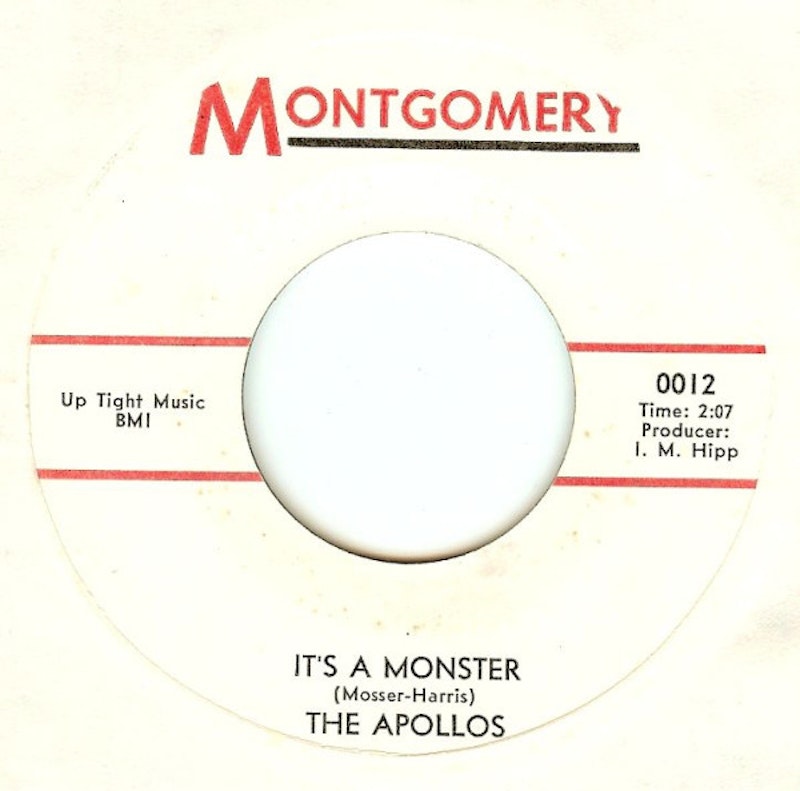 "I had always thought that my name would be recalled in some way with the many concerts I produced with name groups… However, when I think about it, managing groups, recording them is a very personal endeavor. I always tried to put the interests of the group first even before my own. Sometimes that came back to "bite me" but at least I can always say that I did my best for them.” —Leonard Schwab, founder and proprietor of Montgomery Records and LSP Productions.

From 1965 to 1967 Leonard Schwab’s Montgomery Records put out seven flawless singles. Schwab also ran the LSP imprint which released a 1966 record for DC soul group The True Tones; he had involvement with the 1967 Vector label 7” by northeast Maryland garage psych band Mister’s Virtue, and the demo recordings of DC psych-pop act Natty Bumpo (these helped to land the group a major label deal). Here’s an overview of Schwab’s work as a producer, its cultural significance, and a few of the artists and songs that made Montgomery one of DelMarVa’s most important indie labels:

—"You Shot Me Through The Soul" b/w "All Psyched Out" by Spectrum Five (1966): Both sides of the record by this unique Newark, Delaware band are garage-burners. Along with The Tower Of London’s aggro folk rockers, these are Montgomery’s best tracks. The frenetic chug of “You Shot Me Through The Soul” fuels a sweaty r & b groove. The tune’s great, but the flipside “All Psyched Out” takes garage psych into a new dimension. Rhythms bash on the one as eerie organ lines and angular guitar slashes conjure up a dramatic introspection, echoes of the moody New England garage sound colliding with the harder side of The Doors’ early acid rock. Singer/organist Bill Fletcher delivers crisp vocals with a hint of angst. The song’s arrangement and lyrics present a symbiotic view of sadness and hope (“When I get over this pain I’m gonna play it cool/then things are bound to change”). “All Psyched Out” reveals that teen rock bands could make complex emotional statements even when using technically simple music ideas.

—"It's True" b/w "I Have Never Seen Snow (From House Of Flowers)" by The Looms (1966): Wheaton, MD combo The Looms’ charging garage-pop ripper “It’s True” was the first Montgomery record I ever heard, the high-energy blast that inspired my respect for Schwab’s production work. Leonard Schwab: “Another group that was on the label was The Looms. They were kind of a folk rock group. It hadn't been many years since folk was popular. I did a concert with The Highwaymen at a local high school and really liked the music. The Byrds and Simon & Garfunkel gave me inspiration so I wanted a group that had a 12-string guitar player and harmony. They fit the bill. So, that's one reason why we recorded the songs on that record. I had The Looms perform at a fundraising concert at Constitution Hall in DC. Jr. Walker, Louis Armstrong, Sammy Davis Jr., Carla Thomas, and others were also on the bill [this was a benefit for a charity scholarship fund that Sammy Davis Jr. started]. I managed the group for a short time and that was the only record that I released with them.”

The Looms’ electrifying rhythms dominate “It’s True” while the flip shines a light on their folky sensitive side. “I Never Have Seen Snow (From House Of Flowers)” was a composition written by Truman Capote and composer Harold Arlen; it was one of several musical numbers from Capote and Arlen’s Broadway show House Of Flowers. The original’s jazzy chromatic flourish disappears as The Looms bang the song out with troubadour vocals and ringing 12-string guitar chords that burst with a poetic, UK traditional folk sound. Broadway roots are buried deeper by pounding cymbal heavy percussion. The drums establish the nervous energy for this sonic reflection of love’s euphoria.

—"Target Love" b/w "It's A Monster" by The Apollos (1966): “I only go for big big things, don’t want nothin small!” “I’m hopin’ the season’s open on girls’ hearts this year!” These fuzz-and-treble addicted wombats could bark out some crazy opening lines. By today’s standards much of this immaturity would be branded as problematic by “woke SJW’s” and other Moral Majority-types unable to grasp the power of uncontrollable teen awkwardness. The Apollos came from McClean, VA. Their work has attained lofty status among 1960s punk fans. Two singles, several live concert tapes, and other vintage Apollos recordings have been reissued many times since the early-1980s.

Along with its sex-crazed lyrics and creepy echo effects, The Apollos’ Montgomery 45 stands out as the only record on the label not produced by Schwab. According to Schwab, the brains behind this 7” was a WYRE DJ who preferred anonymity; production credit is given to the alias “I.M. Hipp.” “Snoopy & The Red Moron,” a 1967 novelty record on Chicago’s USA label, is also credited to “I.M. Hipp.” It’s anyone’s guess as to whether or not that disc and The Apollos’ Montgomery single were spearheaded by the same goofball.