The label that released Baltimore’s Teenbeat A Go Go also put out bizarre singles that laid waste to the confines of the conventional without losing any of early rock’s neanderthal charm. 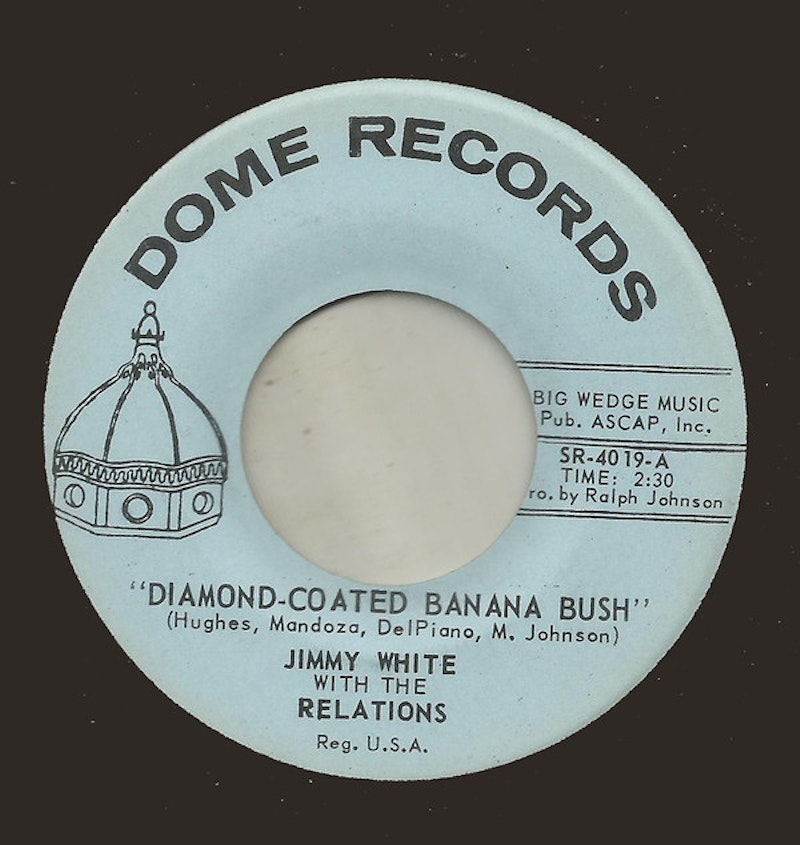 Dome Records’ seminal 1966 album Baltimore’s Teenbeat A Go Go wasn’t all that established the label as a 1960s powerhouse. Dome and its subsidiary Wedge also put out bizarre singles containing lo-fi outsider sounds that laid waste to the confines of the conventional without losing any of early rock’s neanderthal charm.

The B-side follows an unfortunate pattern present in most Dome singles as it contains a bland country tune. “The Devil’s Twist” is a precursor to the droning misanthropy of  The Swans, Flipper, No Trend, and other 1980s noise-punk heathens. Without a single note of heavy distorted guitar, this recording makes all of those groups sound weak. The lyrics reveal detailed descriptions of Armageddon, Hell, and Satanic torture. It’s as if the words from Chuck Berry’s equally nightmarish “Downbound Train” were re-written for the Atom Age by Dante Alighieri. Throbbing timpani drums conjure demonic thunder as Killmer incants his terrifying proclamations in the hushed growl of a wounded soul about to be eaten alive.

The Joey Charles Drums/Ralph Johnson split 7” (1966): Few details have turned up regarding the background of Dome Records stalwart Joey Charles (aka Joseph Gross), but there’s no doubt that this was his nuttiest moment. The instrumental take of his track “The Rub” was the dissonant grand finale for Baltimore’s Teenbeat A Go Go. As if that wasn’t screwy enough, an even crazier vocal version of the cut was released as a single with hilarious and absurd lyrics (a sleepy Ralph Johnson country tune lurks on the flip). Charles wrote “The Rub” and played drums on it while the singing was handled by a young girl group called The Delighters. With strong influences from The Orlons and Little Eva, these soulful moppets blurt out instructions for a ridiculous dance craze that never took off: “We all went down to the local club where they were doin a dance they called The Rub/You rub your head and your rub your tummy and you strut around like a great big monkey/You start to shake from your head to your feet when Joey Charles starts playin with his sloppy beat!”

"Little Sandy" b/w “Den Of Thieves” by The Septors: The mid-Atlantic’s downer rock version of The Shaggs was this mysterious group. Their Baltimore area gigs and release of this awesome two-sider got a fair amount of ink via classified ads in the Baltimore News-American’s “Your World” supplement. Regardless, the identity of The Septors remains unclear. Even the more primal cuts from Baltimore’s Teen Beat A Go Go can’t compare to the brutal anti-musicianship possessed by this shambolic combo. Trebly out-of-tune guitars, dissonant sax, barely audible drums played barely in time, repetitive arrangements, and an all-around “loser” feel make this 7” one of the darkest, saddest DelMarVa garage records. “Den Of Thieves” is particularly outré; its arrangement sounds like it was made up on the spot. Spare tom-tom beats give the track a bohemian/proto-no wave style even though the band members were probably preppy nerds wearing three-piece suits when they moaned out their beautifully awkward anthems.