I'm So Cheerful I Could Cry 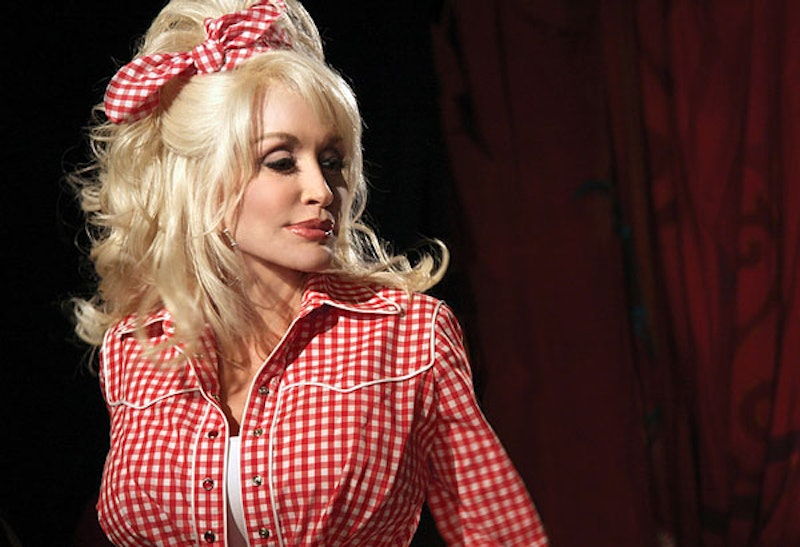 “The Better Day CD is to kind of make people feel better about themselves and about life and just about things right now,” Dolly Parton’s said in a recent interview. As that suggests, Parton’s response to tough times is to smile wider; Better Day is a slab of saccharine. From the perky and chipper “In the Meantime” where she declares “These are wonderful times we’re living in/God still walks in the hearts of men,” to the earnest and chipper “Let Love Grow,” the album piles affirmation on optimism and then dumps on some more affirmation. This is country music as self-help slogan… literally in “Country Is As Country Does” where Dolly insists, “Wherever I am, that’s where I belong.” Unless, presumably, where you are is out of work.

Country’s always had its share of empty-headed turn-lemons-into-prozac bullshit, and Dolly herself is certainly no stranger to banality—Whitney Houston made “I Will Always Love You” worse than it had to be, but Dolly’s version is bad enough. Still, there was a time when Parton was willing to admit, at least on occasion, that life kind of sucks. Many of her duets with Porter Wagoner were stone country weepers—“Making Plans,” or “The Pain of Loving You” or “If Teardrops Were Pennies” were all achingly harmonized tales of broken hearts and betrayal, their bright surfaces shimmering with despair. Even her massive crossover solo hit, “9 to 5,” focused on frustration, irritation, being mistreated and getting pissed off about it. “It’s all takin’ and no givin’/They just use your mind/And they never give you credit/It’s enough to drive you/Crazy if you let it.” Preach it.

Given what’s on country radio these days, it seems clear that folks would in general rather have sunshine blown up their ass than brass tacks. Which I guess is natural enough. But I do miss the days when country was the go-to genre for sadness and hopeless depression. To me, Hank Williams or George Jones or Patsy Cline singing about how they’re lonesome and beaten and broken is much more comforting than Dolly hectoring me to buck up. Things are kind of horrible, both specifically right now and just in general. To acknowledge that and make something beautiful out of it is inspiring; it can be a source of strength and faith. But chirping about how it’s all good and we’ll all be happy if we say it’s all good; I don’t find that comforting. Being lied to doesn’t cheer me up. It just makes me more depressed.