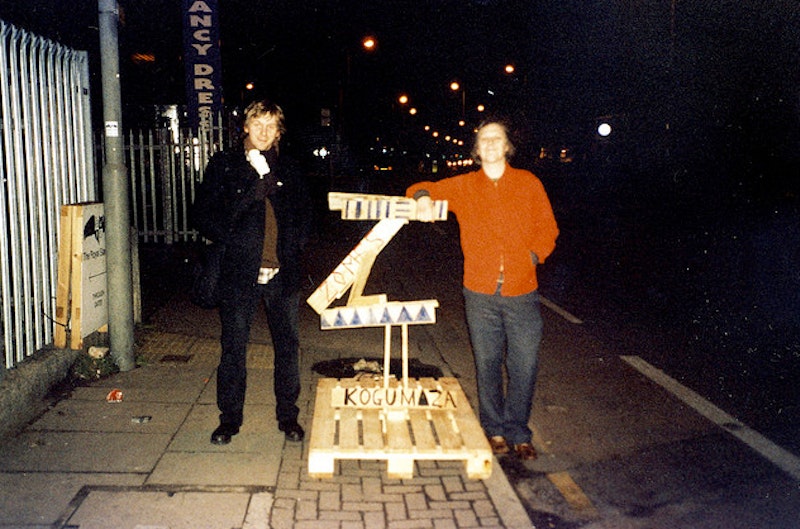 Asa Osbourne’s latest record as Zomes takes an already aggressively minimal sound and pares it down to something even more bare and hypnotic. Osbourne is perhaps best known for his guitar work in the Baltimore art punk band Lungfish, where he created a foundation of heavy and cyclical guitar riffs for the messianic rants and proclamations of singer Daniel Higgs. But it’s his work as Zomes that makes the best case for this kind of spare, almost regal organ sound, strains of which can be heard in Lungfish, but on Earth Grid, his second full-length and first for Thrill Jockey, it’s brought to full fore.

Osbourne’s 2008 self-titled debut was of the same mold: loping, endearing organ melodies against stoic and worn beats from a drum machine. It’s a stately sound, and even though the songs are built on repetition, the earworm melodies and inviting tone proves that Osbourne is anything but pretentious. Earth Grid is devoid of most of the wistful melodic lines that colored their debut, leaving steady stabs of blaring chord walls that mimic the sound of a march or a royal procession. Earth Grid feels humbler, not that Zomes needed to be humbled at all, but it displays a strong, almost chivalrous restraint.

I caught Zomes at the Soft House in Baltimore a few weeks ago, where he played a set of Earth Grid songs. Osbourne, seated under a droopy fern, lit by disco balls, didn’t say a word—he sat and played for about 40 minutes, abruptly ending each song before triggering the next song’s beat. Osbourne’s organ sound is even more blunt and overblown live, creating some devastating harmonic bricks that sway back and forth between each other. Every song follows the same lock-step pattern, and to paraphrase Higgs, once you’ve heard four bars, you’ve heard the song. But this minimal approach didn’t deter the Copycat crowd, who swayed and sashayed at varying speeds. Like a snake charmer, Osbourne had the crowd in a trance, and although it’s unlike party music anywhere else, sets like this and artists like Osbourne show how active Baltimore still is, almost 20 years after Lungfish’s formation.