We caught up with the taco-loving folk artist in California. 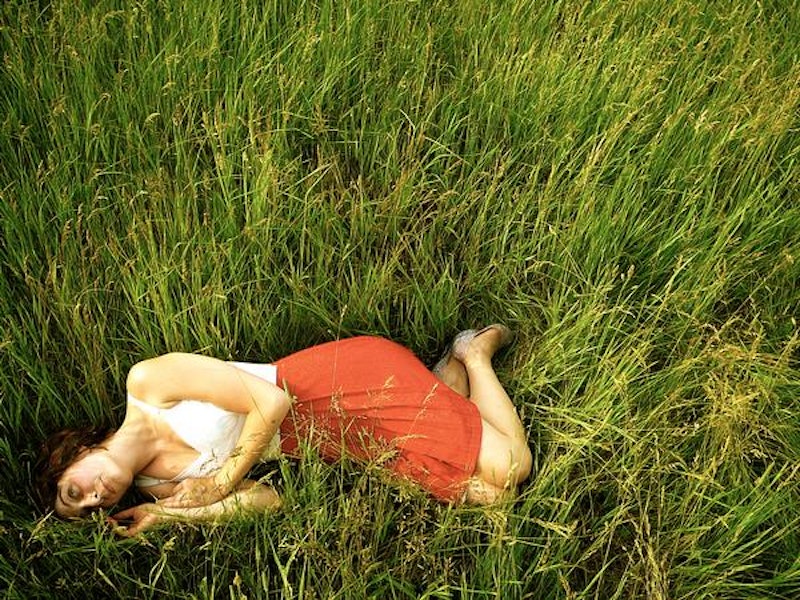 When you’ve been reviewing music for  a while, you tend to get cynical about “local” music. Wading through submissions from the world’s most delusional “artists” and subsequently tossing them out the window (of The Michigan Daily, quite literally) made for pained afternoons and many bitter takedowns. After all, I’m the sort of person that can be introduced to someone four times and not remember them the fifth, let alone care about some crappy band that plays at the Tea House at the corner of Main and Whogivesafuck?

In any form of criticism it’s easier to tear things down than explain why they’re great. But the reason I refuse to hate on music is found in the challenge of writing about a moment like the first time I heard Anna Ash: When there’s so much good stuff getting made and falling by the wayside, why hate? Her voice, oft likened to a bird, is a marvelous thing to behold. She’s got an AM voice in a digital world, but without the weight of too much nostalgia. Just listen. Better yet, buy. The EP comes with an attractive Anna Ash trading card, beautiful cover art by Sam Strand and a lyric booklet to help you decode the faster bits.

Ash, a Michigan native, recently re-located to Oakland, California, and released an EP, my oh my, a follow up to her debut effort, hello friend from bird above. Recorded in a church, the EP gives Ash’s music an appropriately intimate environment. The looser, live feel takes me back to those first living room concerts —but the songs are all better now, the musicianship much more crisp.

Following a recent show at Hotel Utah in San Francisco, Ash graciously answered a few questions (warning: for such a sweet voice, she has a sailor’s tongue).

Splice Today: There’s a tiny sweater on the back of your CD. What's the Cashmere Club?

Anna Ash: The Cashmere Club is a collective of artists, writers and musicians. The group was started by Maren Hoopfer, John Hanson and Jacob Bauer, friends from Ann Arbor, as a way to, well—I don't exactly know how to speak eloquently about what it is and what we do just yet. Right now there are 10 members, mostly Michiganders, but a few from across the pond. Eventually we'd like it to evolve into something more akin to a label—something that can support itself and help other artists start projects. For example, short-term loans for albums, books, movies, installations, etc. Right now, though, we're simply rocking the karma train and trying to help and inspire each other as much as possible.

ST: This is your second self-released CD. What were some of the differences between the way you approached this EP versus your album?

AA: For starters, we actually thought about this one before we started recording (laughs). The EP was very much a co-produced effort between myself and Jake Merkin, and unlike the album, we went into the recording of it with some very specific plans. Because we only had access to the church for a week, we had to have our shit seriously together. Nonetheless, it was still such an open field between us, and if Jake threw out an idea for a clarinet arrangement, then I said, okay, write a clarinet arrangement and let's get some fucking clarinets in here. It wasn't just me writing the music, the band playing it, and him recording it, which was really humbling—to have other people care enough about your art to want to make it theirs as well.

AA: The idea came from The Cowboy Junkies' Trinity Sessions. Ideally, we would have liked to record a whole album in there, but we knew we'd only have time for five or six tunes, so we put some serious thought into which tunes would benefit from the space. With some songs, the recording space could function as its own entity, almost like an instrument itself. And because the space was so dynamic and it could harness all this additional energy, I also wanted to make the sure the EP didn't become an over-dramatic reverb sob-fest, and that it was still an accurate representation of a live performance.

Live recordings are wildly amazing, and I don't know if I'll ever be able to do things differently. One night we were in the church really late. We turned the lights way down and it was raining just a little bit, and we were all set up on the altar, playing our hearts out to this sacred empty space. We'd do a take and then just stand there for a few seconds, much longer than we needed to, and just sort of shiver at ourselves, at the sound, at the space, at all the dusty bibles and empty pews. It was sort of embarrassing, really, to be shocked and speechless at your own sound. There was something indescribably holy and unequivocally secular about using another person's place of worship to record music in. it was startlingly beautiful.

ST: Speaking of beautiful things, I’d love to see an LP soon, or at least a 7”—any reason you’ve stuck with CD’s?

AA: CDs fucking suck. No really. I am over them. For one, I hate the idea of creating more waste through the production of such a disposable product. Most consumers don't know how to recycle them, and the entire process of recycling them is extremely inefficient. Where as vinyl … well … records get to go on shelves, records get taken care of, records have more space for album art, records sound better right? They have that whole frequency range hoopla and harmonics business—all that fancy shit that you should explain, and records score babes. Obviously.

ST: How do you like the Bay Area? What attracted you to Oakland?

AA: California is freaking weird, but I dig it. Oakland is a great place to be right now; it feels like there is so much about to happen, and that all the people that are here are about to make it happen. You know? Like there are scenes, lots of scenes, lots of art and music that's being made and shared, but it still kind of feels like a big secret, and that makes me even more excited to be a part of it all. And the rest of the Bay Area, well, Berkeley is terrifying, San Francisco rocks, tacos are delicious, earthquakes are terrifying and mountain lions do not rock at all.

AA: I am consistently two years behind on the hip shit, so Fleet Foxes blew my mind last month. William Elliot Whitmore has been in my ears a lot, and so has this lovely, lovely lady named Samantha Crain. Oh, and I've been listening to extreme amounts of Mexican mariachi and Hank Williams.

ST: Finally, any plans for the future?

AA: Plans? Just working on my taco making skills. I'll probably record another album in May if I can pay off this one, and maybe lay down some beats, you know, make a hip hop record or something.