I Hope My Phone Break, Let It Ring

I Don’t Like Shit, I Don’t Go Outside is this year’s most honest record. 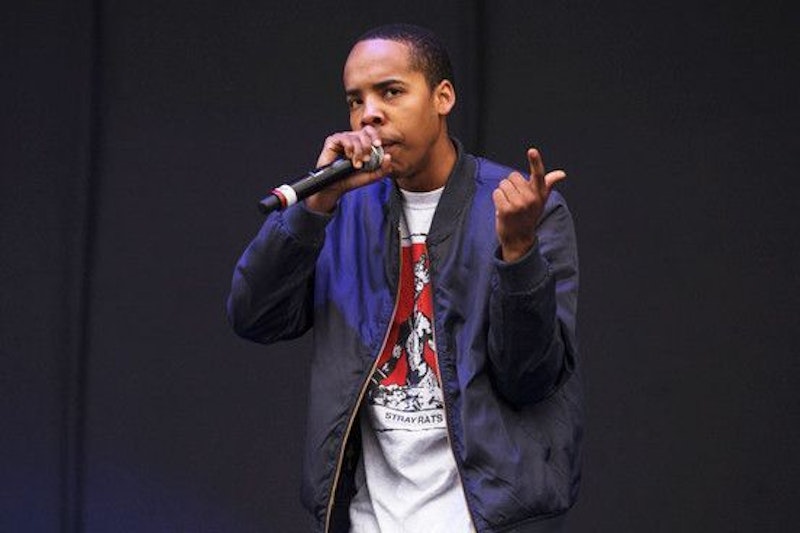 Four days after its release, not many reviews of I Don’t Like Shit, I Don’t Go Outside, the new album by Earl Sweatshirt, by far the most interesting and talented member of the Odd Future collective, have been published. Most of the press has focused on Earl’s ire at his label Columbia for completely disregarding the details of the record’s rollout—the video for the single “Grief,” which features the title of the album at the end without context, was supposed to drop unannounced and unexplained. Instead, the video was the last bit of information to appear online, and Earl took to Twitter in a rage, inadvertently setting the narrative in place, distracting the public from his music more than the relatively minor slight by possibly disinterested major label suits (though any artist knows these details aren’t minor). I wonder if the media’s grasping at straws is a reluctance to engage with an oppressively dark, minimal, and insular work not even 30 minutes long.

I Don’t Like Shit, I Don’t Go Outside is not a CD-capacity opus like Kendrick Lamar’s To Pimp a Butterfly, or Drake’s If You’re Reading This It’s Too Late victory lap. It’s not a statement record, and Earl doesn’t care if you like it. Of the three, all released within five weeks of each other, Earl’s appeals to me the most: self-produced and relentlessly minor key and broken and sad, and completely of its own world. Spare as the beats are (often simply a drum pattern put through a filter that sounds like an AM-radio and a single dissonant keyboard line or pitch-bent sample), the integrity and personality of each individual sound paints a very vivid picture, bleak as it is. Plagued by pressure and expectations, 2013’s Doris, Earl’s first proper album, was a grab bag without an interesting identity without the shock and surprise of the self-titled 2010 mixtape. That mixtape is arguably what put Odd Future on the map and allowed Tyler, the Creator to disappoint everyone with Goblin the following spring, while Earl was still overseas at a correctional retreat. The hype for Odd Future grew way too fast and was ready to burst before Goblin even came out. Though missing in action for a couple years, not much came out of the collective that topped EARL.

It’s not clear whether the “snakes” Earl is slagging are his Odd Future partners or merely hangers-on and new-old friends. On "Grief," he seems to indict the collective, saying,"You circus niggas, you turning into tricks/I was making waves, you was surfin’ in em." He’s a “land mammal” and here to stay, and the work speaks for itself. This is universal no-hope music, a 21-year-old struggling with the death of his grandmother, drugs, not trusting his friends and unable to connect with anyone or anything. “I hope my phone break, let it ring,” he says on “Faucet,” my favorite song musically and lyrically here: a junkyard drum machine under only three chords that cycle, and it’s the one silvery and dissonant and out of place chord that breaks the gentle melancholy into the onset of a panic attack. Earl is able to create these evocative compositions using only one or two elements to get his point across, and it’s never lyrical acumen or flow, though he’s always been fantastic on that score. On this album, it’s the post-apocalyptic purgatory of his beats and production that earn the bold, blunt, and confrontational title.

Disconnection and contempt are rare in pop culture today, and it’s wonderful to see hate so expertly conveyed from a Columbia recording artist. To Pimp a Butterfly is the sort of record that will take the rest of the year to unpack, and Drake and Kanye’s obsession with reaching peaks on mountains on mountains as Bowie said is enjoyable but familiar and by its nature dated. Earl’s world is isolated and unfiltered, and its themes are timeless. It’s not begging to be accepted or talked about or even liked, which is endearing.

I Don’t Like Shit, I Don’t Go Outside is the most honest album I’ve heard all year.