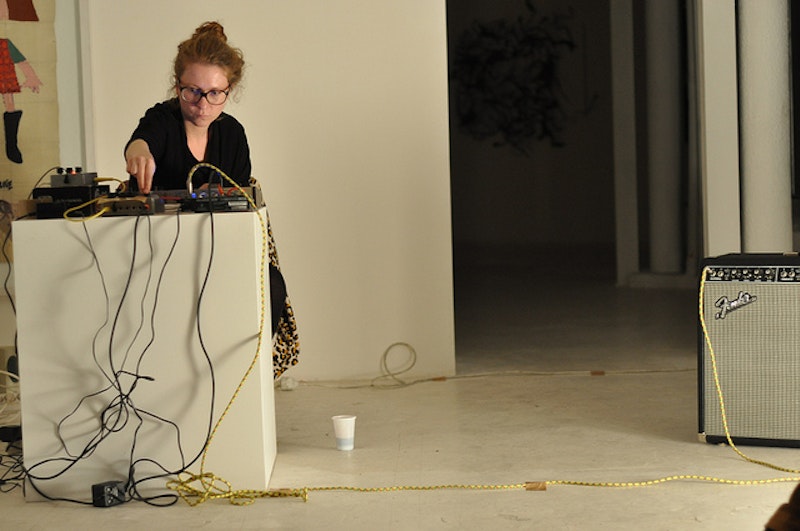 Felicia Atkinson, "The Book Is the Territory"

“The Book is the Territory” sounds like a laptop terrorist’s semi-omniscient notion of a sandstorm crossed with neon lights viewed through a foggy café window: it’s a clash of elements that shouldn’t cooperate that somehow do. There are subdued orchestral sweeps, simulations of grit strafing shuttered streets or crippled automobiles, bright tones slowly blossoming like daffodils, the hiss of steam from gutters. What unites these layered noises as something affecting, more than anything, is the late-surfacing balm of Atkinson’s spoken vocal, yo-yoing idly through clouds of fog, offering a hand to usher you out of the realm of nightmare already receding.

How I Quit Crack, "Artemesia Pontica"

It’s damned near impossible to listen to “Artemesia Pontica” casually—this tortoise-tempo sucker takes a flamethrower to seven minutes and change, every single time. Everything about the song bows, convex or concave as it suits the music at any particular point in time, a mold-carpeted drone shoving effects pedal-maximized guitars, synthesizers groaning baritone or stabbing up through thin glaciers, beats tentatively gut-punching the whole, Tina Forbis’ ululations all over the mix signifying something potent yet intelligible about reality as we understand it. Still, though, fuck what I just wrote; no disrespect to How I Quit Crack and their ground game, but the less anybody thinks too hard about what’s at work here, the easier it is to appreciate the inherent, mind-cleaving massiveness on offer.

Sort of a stuttered twist on circa-2009 The-Dream/Tricky Stewart production, this; Ritz Reynolds’ production for “Just the Way I Like You” seems to exist inside of a sultry My Little Pony daze inside of a percolating tea kettle, with Tinashe drifting along half-purposeful and semi-stream of consciousness at the creamy center of all that. Difference being that she’s shy of Mariah’s melisma, Electrik Red’s triple-X wantonness, and Dream’s own brand of nudge-wink. So this song winds up being about everything and nothing at all: how her career’s dope, how her steady sweetie’s the shit, how she gets off on knowing that everyone who bought last year’s debut Aquarius gets off on the rarified honey of her sweet, sweet singing. Every time I spin “Just the Way…” I fall a little more in love with it.