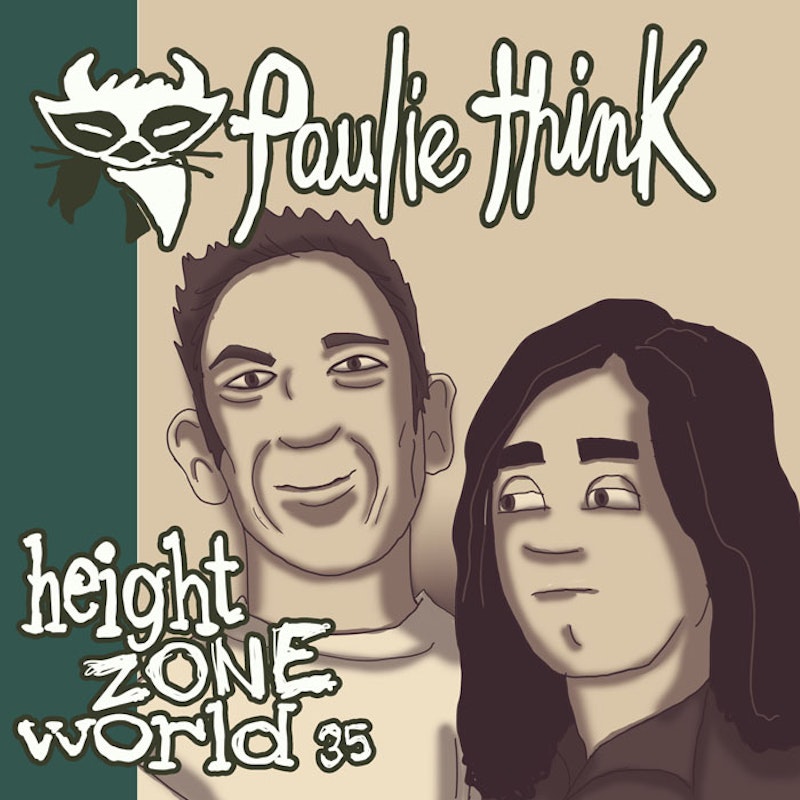 My guest this week is Paulie Think. Paulie is a great MC and a true road warrior on the indie hip-hop circuit. We’ve been friends since 2008, and I was happy to get a chance to learn about his past.

He tells me about his wild childhood in Chicago and Memphis, and the chaos of being left to his own devices at an early age. He breaks down his entry into rap in the early 90s, and his rebirth as a one-man DIY touring act in the 2000s. We talk about his lifelong struggle with addiction, and his journey toward sobriety.

Mike Riley’s art this week is an homage to Fu-Schnicken’s Nervous Breakdown.