Crying and Sevyn Streeter are two of the best. 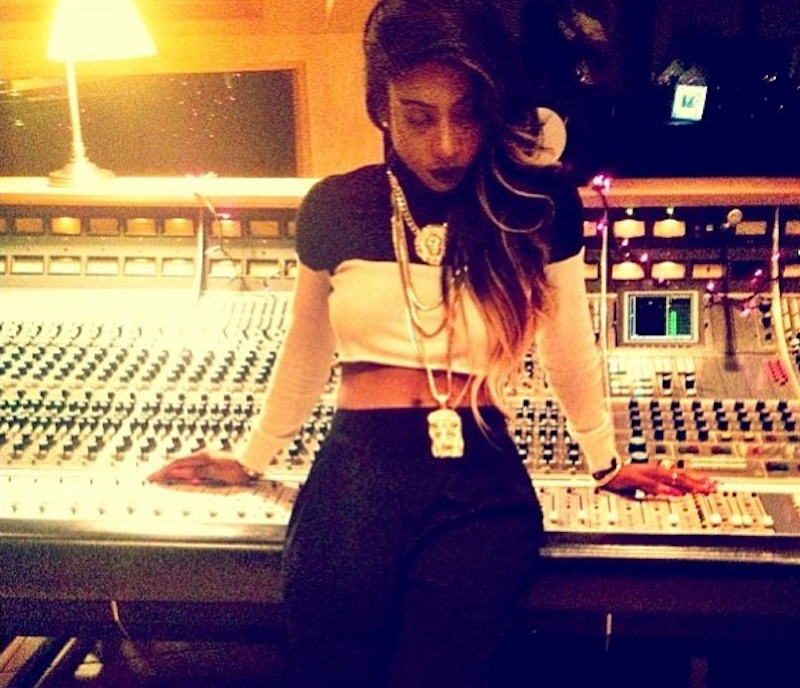 On the surface, the strange New York rock band Crying and the southern R&B chanteuse Sevyn Streeter are an odd couple. Discovered by controversial singer Chris Brown, Streeter's music is a puffy cloud of sc-fi tinged romanticism. Crying, on the other hand, is a ragged band made up of SUNY Purchase graduates whose self-released EP Get Olde blasts with the sugary ebullience of an all night video game marathon. Nonetheless, these artists share one important trait: both have created ground breaking works which highlight the complex bond of fringe electronica and mainstream pop.

In late 2013, Sevyn Streeter's "It Won't Stop"—a Diplo production—was one of the year's best R&B pop hits, though it didn't exactly burst onto the scene. This hypnotic slow jam isn't something that ever bursts, explodes, or splatters for any reason. Streeter's lush melodies sound like they've gently materialized from the telepathic energy of some stylish alien's bedroom afterglow. Echoes of Tangerine Dream, Animal Collective, and Eden Abhez float through the ethereal production, surrounding the diva as she croons her seductive poetry, transcending the usual gospel-inflected histrionics of R&B to match her spacey backdrops note for whispery note. Electronically driven love songs have been ubiquitous in pop music for decades, but not since electro's 70's glory days has there been a song as stark and wildly innovative as "It Won't Stop."

A peculiar intimacy also inhabits Crying's songbook, but it's quite different from the erotic flashbacks brought on by Sevyn Streeter. With their mastery of fried 8-bit magic, Crying could easily embrace video game music's most formulaic elements. Instead, the group pulls the listener out of nostalgic fandom and into a surprisingly weird world of bodegas ("Bodega Run"), inside jokes (repped in all of their songs), and awkward family gatherings ("ES"). The band's predilection for power pop hooks and lead singer Elaiza Santos' low key vocals and lyrics provide an earthy anchor for Crying's ambitious instrumental arrangements. This is the true birthright of the Crying sound, and a nuanced interplay that other chiptune artists can't even attempt to copy.

Crying and Sevyn Streeter maintain a fragile balance of visceral catharsis and technological sophistication, and the fact that they both share this balance regardless of clear stylistic differences is a testament to the versatility inherent in a more humanist approach to electronica. More importantly, the works of Crying and Sevyn Streeter are infinitely rewarding examples of today's most adventurous pop music.