The Ecstasy of A

The piano after years of procrastination. 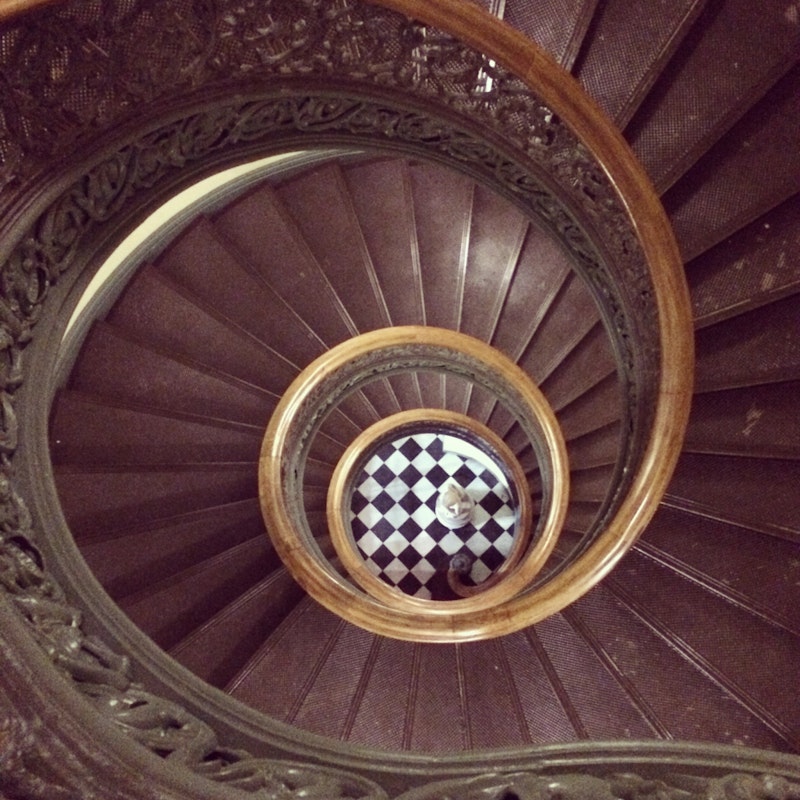 The past two weeks, I’ve been teaching myself to play piano. After years of procrastination and frustration, I got to work. At the beginning, I was banging away like a sick scientific monkey for hours in my room, clank-clank-clank-clank-clank-clank-clank on A major, sometimes switching to D, in both hands, E was sort of tough but I also got that one down. I bought a piano chord chart at Guitar Center on the last day of 2011 with the vague intention of finally getting it over with, but I used it maybe two times. It took two years to summon the strength to break past the discouragement and just take the half-day to get my right and left coordinated and the shapes and a few changes drilled in my hands and skull. I realize this is what a lot of kids learn in third grade and it feels great! The panic of time wasted is much weaker than the hypnotic ecstasy of learning a new instrument and feeling progress every day.

Apologies to my roommates, upstairs and sideways neighbors, if I was loud or too insistent on the A, sometimes D, but you’ve got to start somewhere. This chord chart has stuck with me through four moves since I got it, lost under beds and rediscovered, and I just love the thing. I can play along to all my favorites on the guitar and sing along too. I felt a little insane after four or five consecutive days of playing this keyboard with the whole steps written on in Sharpie. My brain felt fried, but it was just exhausted and stretched out. I couldn’t get into a book or listen to any music, so I spaced out. Once you learn to play and sing a song you really like all the way through, and really just pound it into the ground, the drive is just wild. I want to learn but everyone making piano tutorials on YouTube is slower or very stoned.

An old friend sent me a message last week about working on some covers at Baltimore’s Peabody Institute, where he’s a junior now, with 24/7 studio access. I’d never been on the Peabody campus before, and was in awe of the history and the age of this place. After banging through a few covers on pianos, guitars, and electric upright bass, he took me on a tour of the catacombs of the computer music department. The building really is like a fortress, endless hallways you can identify by decade, or century, with pictures of Stravinsky on the wall in the exact place you’re standing. We get down to the school’s bomb shelter, rooms of stuff no one’s touched in decades. We climb up into a little spider hole full of freshly printed posters for a March 1988 recital, a sine wave generator made by NASA in 1969, broken Moogs, working Moogs, first generation iMacs, modular synths, an infinity of floppy disks. The library smell of all these rooms and passageways was invigorating—not being in school, I miss the environment and the feeling of being on a campus.

We talked for a few hours in the studio about the harsh segregation between the academic music world and the art music world in Baltimore. There’s relatively little communication between students at Peabody and venues right around the corner, and as my friend told me, almost no one at the Conservatory that he knows is interested in playing live, mostly because the stuff they make is so academic and impractical equipment-wise, but I was just blown away by the facilities and the legacy of the place, breathing in crumbling papers and dust downstairs. I felt like a dweeb playing along to Neil Young sitting next a synthesizer that Robert Moog personally drove to the school years ago.

I’ve walked and drove past this building for 10 years without a clue what was inside. “Music theory” is practically a dirty phrase to a lot of people who taught themselves—like me—their instrument of choice, learning in open tunings, forsaking/ignoring/short-cutting the math of music and “just playing what feels good.” I said that for years and feel it was a waste of time, although I doubt I would’ve arrived at whatever point I’m at right now without doing that, so who knows. But all musicians have songs in their head that they can’t get out, and it keeps you going, the better you can articulate what you feel and express it quickly. I feel out of myself when I bang a piano progression into my head and hands and feel myself getting better and playing smoother, ramping up the histrionics before I screw up and go back the safety of A.