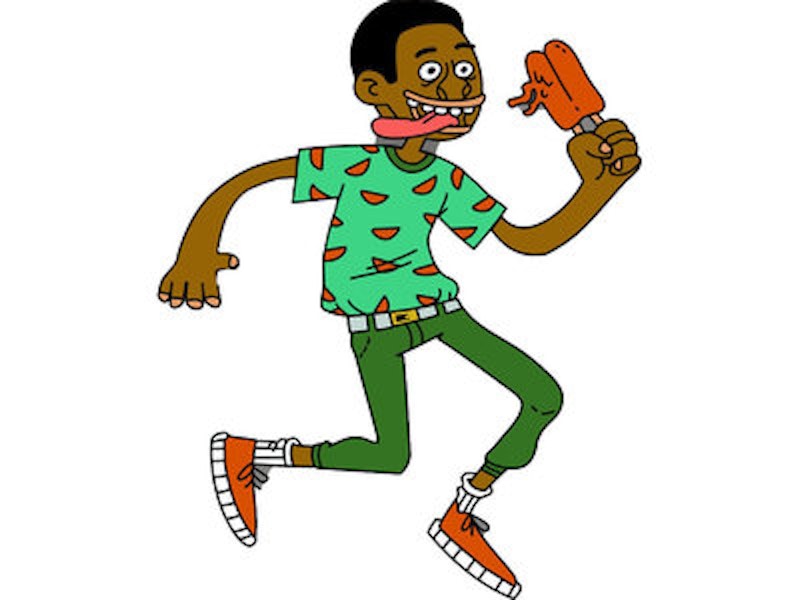 "Tryin to be, I'm tryin to be, I'm trying to be more conscious," Nnamdi Ogbonnaya sings in an overly processed off-key whine on "NOTICE" from his new album Drool. The track, like a lot of the album, has a screwed and chopped feel. It's slowed down with the beats dragging and Ogbonnaya's voice sounding drugged out—except when he incongruously slips into rapid-fire rap, suddenly trying to outrun his own tongue. Too slow, too fast—Ogbonnaya may "try to be more conscious," but he makes music that sounds like he's trying and failing.

Hip-hop traditionally demands swagger, brilliance, and ostentatious genius. Whether it's Public Enemy boasting that it takes a nation of millions to hold them back or Kanye declaring he's God, battle raps and blazing, demonstrable skill are a part of the form. Rappers are out there to prove that they're it and you're shit, that they can do it and you (all of you) can't.

Ogbonnaya certainly has skills, as his fleet raps make clear. "Now I'm gonna drool/Now I'm gonna fuck it/fridge on the stove I'm gonna burn through a hole till your whole clique love it/like clit rub it/act like it doesn't/get you gone," from "nO drOOl" is delightfully twisting wordplay that balances teasingly between sense and nonsense. But Ogbonnaya also puts himself in a line of hip-hop's deliberate bumblers, the child-like heirs of punk, who insist they're badder than bad by actually being bad. Ogbonnaya namechecks both Biz Markie and Andre 3000, performers who reveled in an inability to sing.

The title of the record, Drool, refers to involuntary bodily functions. The cartoon cover shows a young kid running with a popsicle, tongue lolling as spittle flies out of his mouth. And Ogbonnaya's lyrics consistently flirt with haplessness, neediness, childishness. On "HWT//nO need," he raps in slow motion as the production squeaks in the background "Don't need no shit/I've got blueprints for clothes/I'll survive on my own," a statement of independence rather undercut when he declares in the next verse, "I don't need your lip/I've got drool of my own." The production effects make Ogbonnaya sound paralyzed, and the goofy references to clothes blueprints and pride in his own drool make it clear that he does need whoever he's saying he doesn't.  On "Think That Way" he actually refutes Kanye, musing about God that, "if I'm made in his image, we're not identical" and adding, "I'm sick of praying for things that I never get."

"Me 4 Me" is even more explicit in its neediness. Over a whistling, music-box-like repetitive hook, Ogbonnaya declares, "I want someone who will love me for me/and not the person that you think I want to be." Where other rappers boast of their sexual prowess, Ogbonnaya is wistful, if (consistently) loopy. "I want a girl who lets me dive in the deep end/lets me eat that booty ever other evening/let's me know when I have something in my teeth and/tell her that I love her every day, it's worth repeating." Ogbonnaya tweaks the production so his voice shoots high and then low, like he's thirteen and his voice is changing.

"it's a popularity contest, but they've just got nonsense to say," Ogbonnaya sings on the last track, " iVyTRA," with music that sounds like the Psycho theme performed by rubbing balloons together. Ogbonnaya is a silly performer, but it's the silliness of Ornette Coleman, not Weird Al Yankovic. If you carefully set aside the armor of skill, Ogbonnaya suggests, you can get to a place of transcendent, even spiritual deskilling. Drool embraces Zen and the art of haplessness. On "let gO Of my egO" the rapper pronounces "ego" like the eggo waffle. You chew up the self, spit it out, and if you're enough of a genius, or far enough from being one, even your drool will be beautiful.