How to correct them. 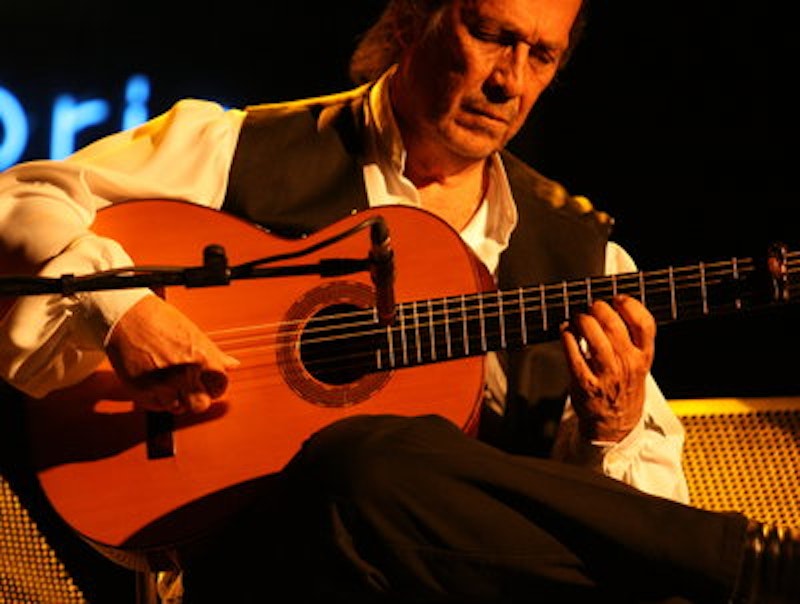 From time to time the serious guitar student will encounter seemingly impossible obstacles in playing technique. Often a relatively subtle adjustment or a slight change in approach will allow the student to solve these problems effortlessly. We collect a variety of solutions to such common technical problems here.

Trouble practicing because an animal is guarding your guitar and will not leave. The Mallorcan virtuoso guitarist and composer Bartolome Calatayud differentiated between three broad classes of animals that might guard a guitar: birds, quadrupeds, and the undead. He recommended luring birds away with food, “ideally Cheetos,” the same for the undead, and gave no advice for quadrupeds. In modern practice one simply orders a new guitar from the nearest Guitar Center, though in the case of an unusually precious instrument one might wish to entice the animal to guard something of lesser value such as a requinto or guitarron.

Student threatens to kill Francisco Tárrega. Incidence of this technical problem has declined since the 19th century but one still finds examples of it here and there, especially outside of conservatory programs. Usually the student will attempt to waylay Tárrega in a rainy Paris alleyway, often brandishing a gilt pistol presented to him by Edouard Manet’s mother. The traditional cure mandated for this behavior has been for the student to compose several technically proficient and at times exquisite waltzes but then to fade into obscurity and die of a heart attack in the Channel Islands.

Jangling, buzzing or sizzling sounds. In most cases these sounds are caused by metallic treasure secreted inside the guitar by a dwarf. Shake the guitar vigorously overhead, as if attempting to frighten a bear, and the treasure will fall out.

Tremolo. Tremolo gives sonority and verve to some of the most memorable compositions for the Spanish guitar, from the haunting “Recuerdos de la Alhambra,” to the exactly equally haunting “Asturias-Leyenda.” Andres Segovia emphasized the importance of a flexible, confident tremolo, using either three or two fingers (PAMIAMI or PIMIM). “Tremolo,” he wrote, “should maintain the illusion of a single, throbbing tone, like the beating wings of a hummingbird.” Maestro Segovia recommended that students start the study of tremolo at a very slow tempo, perhaps 60 beats per minute, and once the technique becomes effortless the student can incorporate other hummingbird-like movements, such as guarding a fountain of sugar water humorlessly all day every day, coercing sex from female hummingbirds in exchange for brief sips from the fountain, and periodically being overwhelmed and pummeled by girl gangs of six or more female hummingbirds. Segovia described this last part of the technique as a “spicy meatball.”

Insufficient duende. Traditionally the remedy for lack of duende (the intense, almost supernatural quality of plaintive longing that animates the best playing) has been for the student to fight a duel over a dark-eyed woman named Maria who later must stab the student with a stiletto in the basement of a Basque tavern. In modern playing this can usually be accomplished over Skype.

Student starts to cry when the concept “dominant seventh” comes up. No remedy is known.

Student puts hands inside guitar and plays from inside out. This bad technical habit, which Napoléon Coste called “the interior folly,” usually develops in one of two scenarios: in one, the student is changing the strings and becomes trapped bodily inside the guitar, like a tiny man who sips tea from an acorn top and shelters from the rain under a toadstool. In the other case the student drops a treat of some sort inside the guitar and, uttering grunts of desire, jams his hands through the strings into the body of the guitar, where they remain locked onto the morsel of food like the jaws of a lamprey. Coste advised the same program of treatment for each case: first, the student is to be lured out of the guitar by placing a suet pudding nearby, ideally on a high bookshelf or plant stand. As an alternative the instructor may fire a Dreyse needle gun behind an opaque curtain, so as to startle the student into frenzied motion. If this does not work Coste prescribes a severe police interrogation-style beating. Note that this is not to be confused with the “molto poco” notation, which calls for inside-out playing as a stylistic effect (as in Ferrer’s “Souvenir de la fois quand j’ai entrer à la corps de ma guitare et avait rester là pour quelque semaines, en mangeant des petits graines”).

Student has purchased those little beads you tie your strings through for some reason. The traditional remedy here is to conduct the student to a wasteland outside the city and stab him or her in the heart with a kitchen knife, twisting once to the right.

Julian Bream describes the student’s performance as “effective.” Usually one would destroy one’s instrument and burn one’s musical manuscripts then retire to a nunnery or monastery. Immediate and painful suicide is also acceptable.

Buying a guitar on Craigslist. Traditionally the student should write “Do you still have the guitar does it come with a case” then never, under any circumstances, respond to any subsequent communications from the seller. It is also permissible to write “u interested in trade for snow tires?????”

Buying a guitar from a classical guitar boutique in person. Historically no one has ever been brave enough to do this, not even Segovia, or his even more talented clone MechaSegovia.

Trouble playing Brahms. Nothing says “classical guitar” like Brahms, who never composed anything for the guitar and who, as a baby, intentionally defecated in Fernando Sor’s suitcase. Anyway, the only way to play Brahms on the guitar is to have a special instrument made where you sort of lie down and scooch underneath it, like you’re competing in the luge, and also it should have a bunch of extra strings.

Buying or selling an antique guitar as part of the plot of the BBC’s Lovejoy. Probably the guitar will turn out to be fake, or someone will say it’s fake but it actually turns out to be a priceless Torres or even one of Stradivarius’ very few guitars, or possibly Lovejoy’s bumbling assistant Eric will step in it. Any way you slice it, it will be a recipe for drama and fun.

Trouble with Trills. To master the trill the student of the guitar must first understand the ornament in its historical context. Different phases of Western classical music approached the trill in remarkably diverse ways, from the saucy, pungent renaissance trill to the unsurpassed elegance of Bach’s “Gloria Trillo.” In its simplest form the trill is a rapid alternation between two neighboring tones, only one of which is notated—the secondary tone is usually discovered by listening to the angry screams of a music teacher. The guitarist must never confuse the trill with similar musical structures, for instance the mordent or “false trill,” a technique that evolved to frighten predators by resembling larger, more powerful ornaments.

The great music scholar and luthier Arnold Dolmetsch breaks the historical practice of trills into a few handy categories: renaissance, baroque, classical, romantic, modern, flutey-tooty, the B-A-D T-R-I-L-L (to be spelled out in front of animals or children), and Wild Card. Dolmetsch buried his notes on the specific characteristics of these trill practices in a secret location, leaving only this cryptic clue:

If my notes on trills ye seek

Then under the Pep Boys parking lot thou must peek