High in the Sky with Alshire Records

I Said, She Said, Ah Cid is a heartfelt tribute to a wild moment when crass commercialism and organic innovation came together. 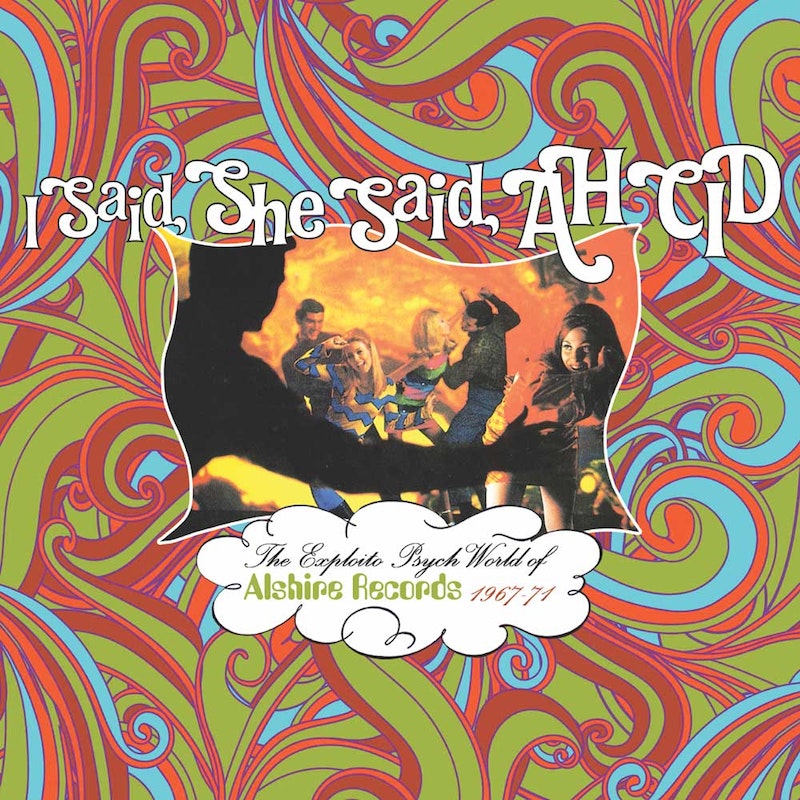 Alshire Records became famous for releasing the budget-priced albums made by several faceless orchestras all named 101 Strings. These were pioneering entries in the easy listening and exotica genres. With the ambitious producer Monty Kelly at the helm, the Burbank, CA label also made attempts to cash in by releasing generic knockoff recordings of every pop/rock trend that came along prior to the late-1970s. Alshire's releases were marketed strictly to mainstream audiences and pressed in enormous quantities only matched by the majors. 101 Strings and everything else in their catalogue generated a huge profit, no small feat for a label whose product rarely made it on to the airwaves or into record shops. Back then you would've mainly found these schmaltz-o-phonic discs at five-and-dimes, supermarkets, and drug stores.

UK imprint Grapefruit Records recently dropped the first comprehensive anthology to focus on Alshire's twisted vision. Entitled I Said, She Said, Ah Cid, this triple-CD set is a heartfelt tribute to a wild moment when crass commercialism and organic innovation came together in some of the oddest pop-rock of the 1960s and early-70s. The set's 30-page booklet gets right to the molten core of the "exploito psych world,” plus there're vintage photos showing nearly all of the artists and producers who were known to have been involved with the company during the hippy era—a mixed bag of session musicians, amateurs, and starving artists. The set is decorated with a conglomeration of original album art that recreates Alshire's glorious/gaudy "Kmart On Acid" splendor.

Disc one contains the two most critically-acclaimed Alshire 60s psych records: the 1968 album by The Animated Egg and its experimental counterpart Astro Sounds From Beyond The Year 2000 by 101 Stings. The Animated Egg began as a nameless garage-psych studio band comprised of L.A. guitar wizard Jerry Cole and other session players. Once Monty Kelly shadily acquired rights to put out the project's music, he dubbed it The Animated Egg and Alshire began issuing their work via an album of the same name. Decades later that record became a sleeper hit among fans of outsider music and 1960s punk who were intrigued by its rare blend of expert musicianship, blown-out fuzz, and folk-pop songwriting.

Inspired by the film Barbarella's hit soundtrack, several months after The Animated Egg LP came out, Alshire upper management got Kelly to drench its master tape with flanging, sci-fi sound, and overdubs of an avant-garde string section (credited as 101 Strings). After the tweaked Egg material was pressed to vinyl it hit stores in a trippy sci-fi sleeve bearing the title Astro Sounds From Beyond The Year 2000. Imagine Lee Perry producing an instrumental record by a young Buffalo Springfield with orchestral accompaniment from another planet and you've got this lush space pop blaster in a nutshell.

The second disc is dominated by The California Poppy Pickers, another technically fictitious band that was an Alshire marketing entity. This group was actually two different bands. For three albums CPP was the pseudonym for The Bakersfield Poppy Pickers, a quintet fronted by 60s punk hero Kenny Johnson; on the last of its four releases CPP became the secular alias for Christian psych band Wilson McKinley. Their fiery anti-war original "Brick Walls" is one of disc two's high points. Half of the Johnson Poppy Pickers tunes are potent bubblegum-garage stompers. Unfortunately the rest of them are half hearted covers, an accurate sampling of the more common "exploito" rock sound favored by both Alshire and their budget label competitors (i.e., Sutton, Crown, Stereo Gold Award).

Finally, disc three covers the early-70s period when Alshire was taken over by the British conductor/producer Jack Dorsey. Under Dorsey's guidance the label's pop/rock material came primarily from UK sources. Among the best works to emerge from the Dorsey era is the lone 1969 album by John Bunyan's Progressive Pilgrims, Alshire's first prog rock release. The Pilgrims' track "Mozart's Dilemma" is decades ahead of its time; had it been released 30 or 40 years later this distorted squall would've been pegged as a homage to the Lightning Bolt/Ruins/Melt Banana school of noise-prog annihilation. No spaced out cheez-a-go go here. These folks were serious artists, and had the stacked amps and Hammond B-3's to prove it. Blissful kaleidoscopic melodies by Dr. Marigold's Prescription, Autumn, Icarus, Amalgamation (aka Capt. Skid Marks!), and other Dorsey discoveries also make this last selection a tour-de-force of early British prog.

Today, records are often just luxury items for collectors, but I Said, She Said, Ah Cid stands out as an important document that needs to be seen, read, and heard by anyone interested in commercialized psychedelia and the unpredictable essence of pop culture.