On their new album, Shields. 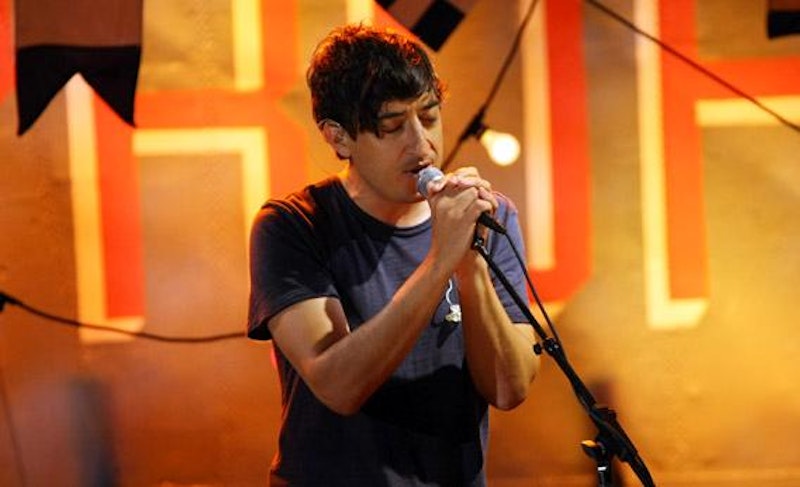 After Grizzly Bear’s last release, the acclaimed Veckatimest, the band took some time off to regroup. Some members formed side projects while others left the mindset of music-making altogether. When they gathered to record Shields, a backstory had emerged that they were working along the same path as indie-rock royalty Radiohead circa OK Computer, a band as poised to continue producing brilliant music as they were to implode from the sacrifices of relentless self-promotion and touring.

Shields feels like a visual journey through a roadway of complex emotions, its narration democratically carried out by musicians cautiously over-listening for the details in their own playing. More so any of their previous works it is this money-in-the-bank approach that successfully guides the bigger sonic picture. Tracks such as “Half Gate” and “Gun-Shy” create a symphonic world that other big-ticket indie bands like Interpol have only been able to hint at. “A Simple Answer” is typical on this album; a rock and roll piano rolls out on a Western plane which intersects into the decrepit alley of a crumbling neon-lit metropolis over the course of five minutes. While it’s true that most tracks on Shields are characterized by long play times, slick compositional shifts, and a nearly Rodgers and Hammerstein-esque level of emotional drama the record evades the tricky straits that often lead to indulgent self-parody.

Had the focus been on final concept as opposed to individual textural details, tracks such as “What’s Wrong” wouldn’t sound as triumphant as they do, a lost Sgt. Pepper’s-era Beatles gem whose organ creeps around a jazz arrangement. “Adelma” is the most unexpected moment on the record, sounding more Apollo soundtracks-era Brian Eno than Grizzly Bear. Arguably, clocking in as it does at a minute, the band gets quickly to business after it, nearly shaping it as a non-event.

Though Shields does at times lean towards minutiae that hint at more experimental future, the band doesn’t completely shed its skin as a rock band. On the contrary, guitar-driven tracks such as “Sleeping Ute” and “Yet Again” speak as powerfully as anything in their catalog, emerging as gorgeous spaghetti Western’s complete with reverb-soaked guitar that vibrate on the same emotional realm as Joshua Tree-era U2. One imagines that these tracks in particular will serve the band well live, easing new fans into some of the more obscure moments of a record that is, on the whole, well-executed.