Too bad for The xx they can't pull it off. 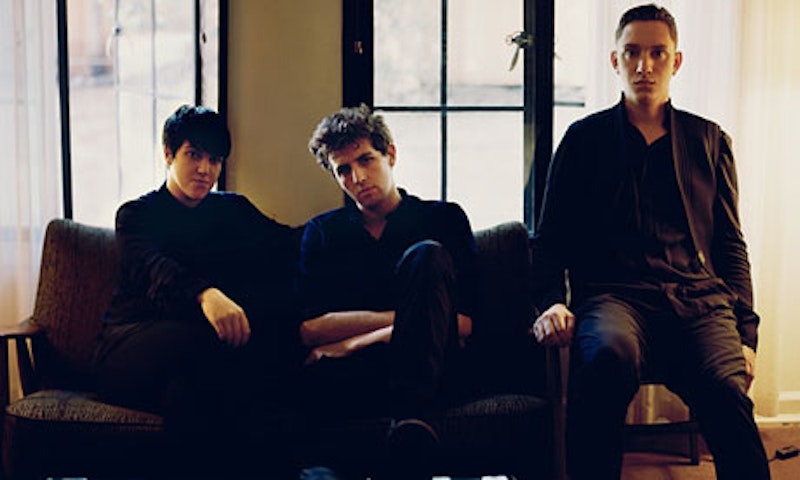 The xx’s eponymous 2009 debut was a sparse affair whose appeal lay in the drama of an untold story. Singers Romy Croft and Oliver Sim crooned lyrics that seemed as suited to conversations had by young lovers in private as they were to lovers who had aged, now speaking cautionary tales to passerby’s willing to lend an ear. On their follow-up LP Coexist the band endeavors to strike a more meaningful statement, in the process hoping to erect the very pillar of a new brand of arch-minimalist electronic rock.

The band’s choice of “Angels” as the lead single, a vocal-only track with a snippet of a drum fill, could be viewed two ways, as a commitment to the band’s love of their own sound or as a contradiction to those who had expected a more pop friendly album. With The xx this has always proven to a maddeningly gray area. The “use your own interpretation” card that pervades the very core of their most minimal productions, the use of actual of silence to serve as a bridge in “Missing” or the reoccurrence of similar open-ended guitar phrases that harp upon three notes for most tracks often leave the listener at their wits and crying foul.

“Chained,” a more arresting track than their current single rides on a deeply subdued dubstep beat evocative of electronic producer Burial. It provides the closest glimpse to the use of full-on instrumentation in the album’s length. The question comes to mind of what degree of involvement third member/producer Jamie Smith, aka Jamie xx, played on the record. Tracks such as “Reunion” and “Sunset” fit nicely under the techno denomination of deep house yet are compositions so sparse and which end so abruptly that they seem hastily cobbled together.

The album does have its gold moment that comes in the form of “Swept Away,” a techno beat crests towards a beautiful destination and a guitar phrase completes itself while fitting within a recognizable scale. For its own sake the beat is elevated in the mix, on par with the vocals with a handclap/snare drum combo that is an arresting and welcome development in the album’s arc.

Perhaps the core issue with Coexist is that it relies upon a strategy of skeletal producing that is more informed by implied composition, big picture ideas, and the potential for remixing than the delivery of a definitive pop statement by a trio whose strongest moments occur when exploring the genre. When the band pools together its collective musicianship to play their instruments and to laboriously compose tracks the results have been often enjoyable, yet Coexist as a whole leaves one desiring more of what it implies and frustrated with what it presents.