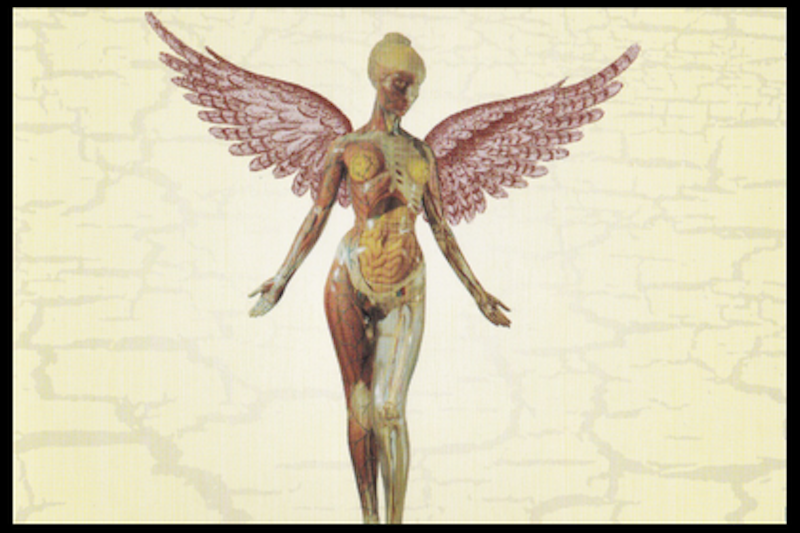 Flannels: At some point in the 10th grade, it became very important for me to own a flannel shirt. It was a checkered, black and white work shirt, thick, and I took to wearing it to school instead of a winter jacket on those days when the weather was caught between seasons. Given that the academic uniform—button-downs, slacks, ties, dress shoes—was the cultural and couture opposite of the flannel, and given that I insisted on dribbling bleach on it, I must’ve looked fucking ridiculous. Reactions were split. When I provided an inane aesthetic explanation, my fellow African-American classmates—we all congregated at the “black table” in the cafeteria throughout the day to study, eat, and bullshit—responded with what I mistook, at the time, for quiet awe, when they were probably assessing my tenuous relationship with reality and making a calculation that silence was golden. An acerbic line cook at the country club where I worked as a busboy was less restrained: “Hey, Ray, did somebody piss on your shoulder?” I didn’t get the joke; I was pretty slow on the uptake. Some things never change. Eventually I quit donning the flannel work shirt and forgot all about it.

Jewel Case Hell: I ordered In Utero on CD from the Random House CD club, and was home alone the night it arrived. Several hours were spent trying to extract the CD from the case, until I realized that I needed to depress the center while lifting up on the CD.

Courtney Love: In a recent interview in The Quietus, Courtney Love and her interviewer reflected on the viciousness of male audiences in the 1994/1995 timeframe in live settings. It startled me to remember the font of cold, hateful bile I spewed to total strangers during Hole’s ferocious set at Lollapalooza 1995—some random, biting bullshit about heroin and junkies, I suppose—despite the fact that Live Through This was the only album I listened to, on cassette, on the bus and on field trips and all alone in my room, for months on end up to that point, more than I ever listened to any Nirvana record. I was a hater; I was part of the problem. What was up with that?

“All Apologies”: Why does anyone, anywhere rate this song? It is one of 10 or 20 songs that I would abolish from the world and the general consciousness were I granted the power, however briefly. Also worthy of banishment: “The End of the World as We Know It,” “If I Had a Million Dollars,” “We Didn’t Start the Fire.” You can guess which part of the Nirvana Rock’ n’ Roll Hall of Fame performance I didn’t bother checking out.

The Shot Heard Around the World: It was a Friday. I was working the afternoon shift at the country club. There were some rituals the job entailed that I barely remember now: pads of butter in finger bowls, arrangements of crackers and cheese, preparations of water glasses, whatever. That was what I was doing, in the sort of ready room situated between kitchen and dining room. School had ended not long before. One of my parents would’ve driven me to work, since at that point I didn’t have my license or a car. We were gearing up for the rush. Two waiters—older dudes who were gigging there for cash while working straight jobs in the real world, a world I couldn’t grasp yet—were also in the ready room; one of these guys, who had a sort of snake oil salesman’s disposition, had a tendency to absentmindedly sing the chorus to Pearl Jam’s “Daughter” to no one in particular at random moments. It was a weird tic that everyone was aware of but nobody ever talked about.

Then the club’s tennis pro stuck his head in and said, “Hey, did you hear that Kurt Cobain guy offed himself?” There was no reason to believe that this wasn’t abject dickishness. For one thing, the tennis pro wore his jerkiness very proudly; for another, it seemed like a week couldn’t pass without a Kurt Cobain death rumor that usually had something to do with a drug overdose. Pre-smart phone and proto-Internet, fact-checking was a complicated business; you had to watch the news or grab a paper or ask a bunch of people. I didn’t know what to believe until my dad picked me up from work, his face grave; he knew I was fan. That’s how I learned that the tennis pro was for real. He was still a dick, though.

The Aftermath: Somewhere in the depths of my mother’s basement there rot copies of a fanzine commemorating my very self-aggrandizing teenage anguish in the wake of that suicide. It was all very maudlin, very Morrissey. I bought all the magazines that tried to make sense of what had happened. I sulked intensely for at least a week. Eventually I got really, really into Pavement.

Incesticide or Bleach?: I almost never listen to Nirvana now—the music is too raw, a mainline to the pith and psychic tortures of youth. This is true of most music I used as a crutch in high school —Bandwagonesque, Dirty, anything by the B-52s, Live Through This—it just serves to remind me of how attached I was to notions fleeting and illusionary, how isolated I was on a wide variety of levels. When I do listen, the grab-bag scrawl of Incesticide or the tuneful sludge of Bleach fits the bill. The traditional music snob perspective insists that, in every instance, “The early stuff was loads better.” In Nirvana’s case, this is largely true, because the early stuff was innocent of all the insanity to come. What if their ship hadn’t come in? What if they’d broken up before escaping Sub Pop? When you listen to “Mexican Seafood” or “Big Cheese,” what you’re listening to, really, are dudes in shitty studios with shitty gear engaged in solipsistic masturbation; they cared, sure, but they didn’t care all that much, yet, and that makes all the difference.

Buying Bleach: I bought Bleach on cassette at the Record and Tape Traders outlet in Greenspring Station in Baltimore County’s Pikesville. I had to buy it via special order because the joint didn’t stock it. “Hey, you might as well,” the clerk reasoned. “That way you don’t wind up wasting your time and gas money.” That particular store is long, long gone.

Finding Nirvana: I attended a writing camp at Washington College during the summer between eighth and ninth grades, which was where I first heard of Nirvana. “Apparently they’re really popular with college kids,” he told me. Little did any of us know.