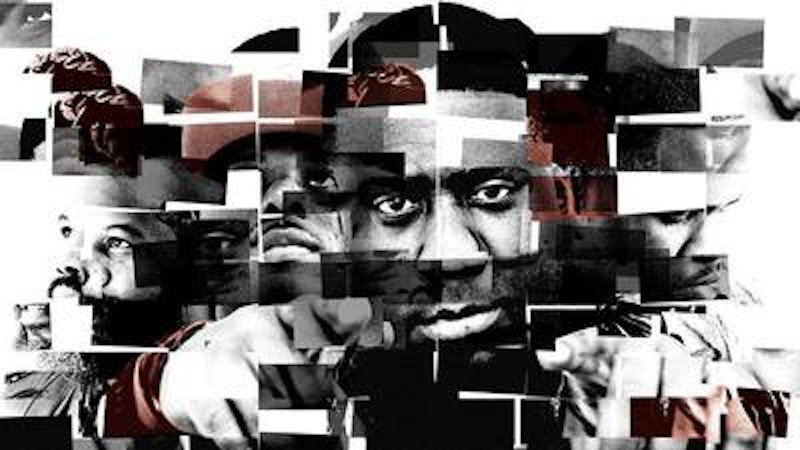 Robert Glasper is trying to build an empire. From one angle, it looks to be inclusive and full of collaboration. But Glasper draws lines, and builds walls. He has ideas about who he wants to make music, and how he wants them to make it.

Glasper’s last album, recorded with the Robert Glasper Experiment, drew in a number of singers and rappers—Erykah Badu, Bilal, Meshell Ndegeocello, Musiq Soulchild, Common, Yasin Bey (the artist formerly known as Mos Def)—most of whom were associated with the rise of neo-soul or “socially conscious” hip-hop in the late-1990s and early 00s. Glasper's neo-soul connections are numerous and long-standing: he played keys on Jose James’ last album, Blackmagic, which drew comparisons to D’Angelo’s Voodoo, and involved the bassist from the Voodoo sessions, Pino Palladino. Glasper’s former drummer, Chris Dave, has also been working with the R&B Jesus. And Glasper played with the producer/rapper J Dilla, who served as an inspiration to many in the neo-soul movement.

In his memoir, released over the summer, the drummer Questlove—a cog in the original neo-soul scene—suggests that the neo-soul artists cohered over the course of label-funded jam sessions at his house in Philadelphia, and Glasper is clearly interested in recreating that vibe. For this go-round, he’s expanded his pool: Brandy, of 90s hip-hop soul excellence, Jill Scott, Anthony Hamilton, Dwele, Faith Evans, Norah Jones, and Emeli Sande. Only Snoop Dogg feels like an outlier here, as he is associated with G-funk, which is generally thought to work in the opposite direction of neo-soul or socially conscious rap. (Questlove credits G-funk’s bible, Dr. Dre’s The Chronic, with changing the way he approached music, not for the better: after he heard it, “good and bad stopped mattering; only effective and ineffective mattered.”)

Glasper’s last album, Black Radio, made its mission explicit. In “Gonna Be Alright (F.T.B.),” after the singer Ledisi’s vocals faded out, listeners caught snatches of a conversation, a sort of round-table critique of the current music scene. “People are just so brainwashed... I don’t think people know what’s good and what’s not good anymore. Anything popular even if it’s wack is like what sets the pace... 98% of the stuff you hear on the radio is wack... 98% of the musicians… wack… there’s no bar anymore... people don’t really think anymore.” It’s sort of a musical take on the “What’s the matter with Kansas” argument from politics—easy to make, but ultimately misguided. When Glasper and co. won a Grammy for best R&B album, Glasper thanked the audience “for allowing us to play real music.” The language longs for a mythical past, dismisses listeners’ intelligence, and suggests a conservatism at odds with Glasper’s background as a genre expander and jazz improviser.

Maybe that mindset was brought on by all the cover songs—Black Radio contained re-worked tunes by other artists, while Black Radio 2, offers up original material. But here during “I Stand Alone,” Glasper throws more shade. A voiceover asks, “The irresistible appeal of black individuality, where has all of that gone? The very people who blazed our path to self-expression and pioneered a resolutely distinct and individual voice have too often succumbed to mind-numbing sameness… thank god we’ve still got musicians and thinkers whose obsession with excellence and whose hunger for greatness reminds us that we should all be unsatisfied with mimicking the popular…” In case you miss the point there, song titles include the affirming “I Stand Alone,” the searching “Yet To Find,” and the despairing “What Are We Doing.”

So what’s this sound that Glasper alone claims to possess? Keys and rhythm are the primary colors on Black Radio 2. The drums smash along with Common’s rapping in “I Stand Alone,” strut beneath Brandy’s vocals in “What Are We Doing,” and flicker a rapid tattoo for Norah Jones in “Let It Ride.” The percussion emphasizes the sharp, cracking high end. The electric keyboard jabs pleasantly (“Worries,” “You Own Me”); piano spirals and rolls (“Trust”) or works an uplifting coda (“Yet To Find”). Synthesizers or a vocoder contribute atmosphere, but don’t distract from the main event. The Experiment doesn’t have a guitarist on the payroll, and horns don’t appear often.

A stream of talented singers and rappers work over this instrumentation, though their performances aren’t necessarily distinctive. Vocals tend to arrive in a cooler style, sung or cooed in the mid-range, blending with electric keyboard tones. It’s not as if Glasper is placing an artist like Brandy or Faith Evans in a new context. They have worked with sharp percussion and keys before, with better results—Brandy’s 1994 debut album was full of them (“I Wanna Be Down”), and Evans has her fair share as well (for example, “Alone In This World” and “Do Your Time,” from 2001’s Faithfully).

Sande is one of the few singers who really puts a stamp on her song. She has the vocal power to overwhelm the track, but is able to adapt to her surroundings without sounding like she’s playing down or hushing up. She gives her lines a mournful edge, and there’s nice addition of a single line of multi-tracked harmony. Unsurprisingly, Snoop Dogg also sounds confident and at ease.

Does this live up to Glasper's rhetoric about "real music"?  It's hard to say that the answer is yes—that in 2013, "real music" means an all-male band playing a limited palette of instruments. And while Glasper is not the only musician today expressing dissatisfaction with the current state of music, there aren't many who have adopted such a backwards-looking response. To take a prominent example, recent albums from Kanye West and Pusha T both expressed sentiments similar to Glasper's. These rappers have identifiable throwback moments—Pusha’s “Suicide” might have appeared on an early 00s album from his previous group, Clipse, and parts of Yeezus channel bare-bones 80s hip-hop. But their work is very much of the here and the now. “Numbers On The Boards” or “Blood On The Leaves” articulate the artists’ displeasure and suggest an alternative firmly grounded in 2013, or maybe even beyond.

By contrast, Glasper’s personnel choices suggest 1994, 1997, and 2002. It’s as if Glasper gets to give his personal stamp of approval to a series of older singers who fit his ideal of what music is allowed to be. This won’t secure the future—there’s hardly a youngster or newcomer here, aside from Sande, who blew up in the last year or so. (She earns all sorts of throwback comparisons, so she’s hardly a radical choice.)

And R&B’s future is exciting. It’s lacking commercial power right now—there aren’t a lot of R&B songs in the top 40 that don’t involve Justin Timberlake, Robin Thicke, or a rapper. But nearly every genre of music wants a dollop of R&B. Even indie, which has traditionally stayed far away from the stuff, now embraces groups like Rhye, inc., and How to Dress Well, who openly admire slick acts like Michael McDonald and Janet Jackson. Making R&B has never been a more open-ended proposition—whether you’re a Danish musician with a love for Sade, an English group who grew up on Timbaland productions and electronic music, or an American struggling to recover from your days as a member of Destiny’s Child.

But Glasper turns his back on that, and makes a point of doing so. He can focus on his non-wack two percent. It seems like the 98 percent might be more open, interesting, and fun.