Limbo is his best work yet. 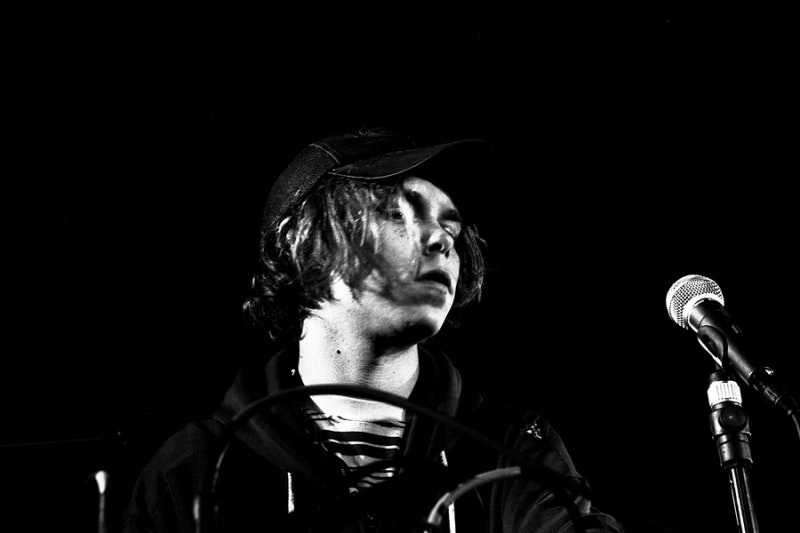 Eric Copeland has been on a rampage the last two years. No one could’ve expected the golden-haired alien in a garbage dump to exceed the work of his main band, noise/avant/freakazoid lifers Black Dice, but with three LP’s, seven 7” singles, and a handful of solo tours opening for friends like Avey Tare and Bradford Cox, the man is everywhere while still remaining under the radar. Black Dice’s 2012 LP Mr. Impossible was great but not exactly surprising, for the first time, it felt like a bi-annual visit from grandpa, or your weird uncle, and you could call out the moves before they even happened. This is a big problem for a band like Black Dice, whose irresistible draw is their sheer otherworldliness. Knowing what bodega Bjorn, Eric, and Aaron go to in Brooklyn or what toothpaste they use is kinda like seeing KISS without the makeup—you can’t unsee it. The mystery, the wild feeling of discovery of this non-humanoid sound fades when you see the people behind it and their methods.

Copeland’s latest full-length LP, Limbo, is his most consistent and concise work. Previously, Copeland preferred to work in bits, stringing two- and three-minute ideas or scenes throughout a record, letting them play out and not wasting any time moving to the next one. Here, he’s far more deliberate, stringing together bit after bit of solid gold into six tracks instead of 13 or 14. Limbo is all killer no filler, for those who couldn’t quite hang with the idiosyncratic mixing and hemorrhaging tempos of songs like “King Tits Womb,” “Wolfman,” or “Krankendudel”: the eight-minute opener “Double Reverse Psychology” is a double decker tour bus ride through Uranus, exposing us to the cleanest and most AM-friendly sides of Copeland’s moonscape.

For longtime fans, it’s especially satisfying: these songs push forward instead of swaying drunk back and forth, and climax and build in familiar ways. It’d be too easy to say this is Copeland’s “pop” record, since he’s been mining that territory for a while (“Fun Dink Death” anyone?), but it’s his most fully realized effort to date, and the first LP your friends will love on first listen. “Tarzan and the Dizzy Devils” is easily the best thing he’s ever done, an emotional and driving distillation of his work so far, a thesis summing all the goofy, psycho, deranged, manic, demented threads and mines of sounds explored, pared down into a reflective and propulsive track that definitively sets Copeland apart in his own league, as if anyone were still wondering. It’ll become a classic the same way “Banshee Beat” or “The Purple Bottle” already have.

“Muckaluck” and “Louie, Louie Louie” leave a little to be desired, and they’re disappointing in the same way finding out Santa Claus or the Tooth Fairy aren’t real: the former liberally uses a flanger effect throughout as its backbone, and the latter slugs forward without much purpose, hope, or excitement. He’s not using his pitch shifter as much anymore, but his other tricks are losing their alien, bizarro quality the more he uses them. It’s exciting to have absolutely no idea where a sound came from or how anyone could’ve made it: see “Everybody’s Libido” from Alien in a Garbage Dump or “Beatlemania” from Waco Taco Combo. It’s no issue for newcomers, who will benefit from hearing only the sharpest ends of Copeland’s skills, but for longtime fans, it’s starting to feel too familiar. The next record can’t sound like this one—Limbo is the purified essence of all those impossibly limited singles and experimental 12”’s few will ever hear, and I don’t see him topping it without adjusting his approach.

Unlike the confessional, personal work of Animal Collective or Deerhunter, Copeland’s lack of comprehensible human personality in his music continues to make it deeply alluring. A poster of one of his classic ransom-style cut-ups comes with the LP in lieu of a lyric sheet, and it’s as close as we’ll get to a mission statement: “The buyer operates Martian mutation and genetic selection, while unconstitutional technology is the I of the devils. Mass delusions.” “shAFt ret ard tape, memo with special emphasis on three "some crackpot was wrong;space law was right; and the CIA, was very observant.” “enlargeman of the skeletal attachment. Chronic Buds coexisting may beg in cases do the lame Bling.” “transmitted to the offspring of the eaters of mind-altering sexual drug population.”

It’s fun trying to parse these stoned cut-ups and find whatever it is Copeland is trying to say. The best part is that I have no idea. Despite the occasional pop retread or distractingly obvious special effect, Copeland’s music remains confounding and mysterious. I would’ve guessed he was a goofy nihilist but “Tarzan and the Dizzy Devils” throws that out the window completely—I hope to see some similarly sentimental work from Copeland in the future.