Ralph in the hole. 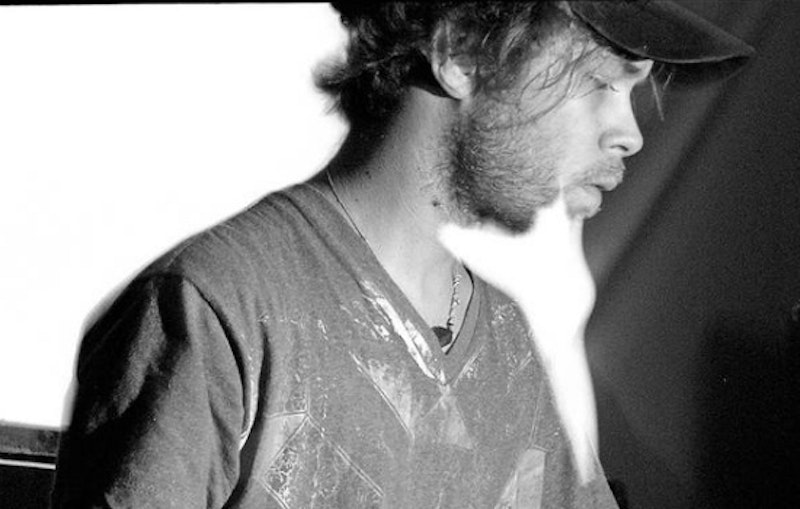 Another year, another Eric Copeland album. On Joke in the Hole, his solo debut for DFA, Copeland is solidly in his wheelhouse, making party music that’s either heavily intoxicated or terminally ill. No other artist has made me as nauseous or paranoid as Copeland. In 2009, I went to see him at Baltimore’s Floristree on a Monday night by myself, and by the time he played, the place was pretty dead, with half a dozen people spread out through the room. I’d seen him six months earlier in the same room with a lot of friends on a busier night, and it was amazing, overdriven and scary, like looking into an oil drum and realizing there’s someone in there trying to get out. All by myself, and inches from the PA, Copeland’s music made me feel schizophrenic. It was so loud and scary and physical, the sound was a body, like a giant demonic animal that was roaring and rearing to rip me apart. I had to get out of there early.

Joke in the Hole should come with a week’s supply of Dramamine. It’s a delirious seasick mess of a double record in Copeland’s hellish language of grotesque alien garble, flanged percussion, pitch-damaged urban effluvia he probably recorded on the subway or in a bodega, but sounds like the rumblings of a bazaar somewhere in Alpha Centauri, meant to blasted out of a crispy PA at three in the morning in the middle of a heat wave, when everyone’s hair looks painted on and the room itself seems to get the spins. “Rokzi” and “Babes in the Woods” march endlessly down a swampy tunnel, with the stamina and meaning in repetition of The Field, but where Axel Willner’s compositions seem to ascend heavenly forever, Copeland’s work is always carrying water, bloated meat expelling toxic gases and filthy curds along the way. Where most electronic music, like Willner’s, is clean, lacking taste and smell, Copeland’s is overwhelming organic and in a state of constant decomposition.

There’s an extremely disturbing vision in these songs. Everything he’s done is what it feels like to have a nervous breakdown. Your perception is so distorted; all the elements of your reality are cut up, soaked in chemical gel, and mired in a dark, electric physic mess. In Copeland’s version of hell, everything has become like Jeff Goldblum at the end of The Fly: beyond grotesque, aggressively traumatizing mutations driven to insanity, begging to die in a frenzied panic of pain. The radiation-dusted public television nursery jingle that starts “Babes in the Woods” gives me visions of distended muppets, the gushing and infected pus of a Big Bird/Oscar the Grouch metastasis. You can see the smelly decomposition happen from Hermaphrodite to here, where the loops and characters that drove songs like “Oreos,” “FKD,” “King Tits Womb,” “Green Burrito,” and “Everybody’s Libido” were recorded quietly and cleanly, without much to crowd the mix, and these mutated characters were still very disturbing. It’s like the ride from feeling sort of weird to being deliriously nauseous, when nothing makes sense and everything feels aggressive and hostile. It’s a great album but I don’t know when I’ll be able to listen to it again.