As Bob Dylan's career becomes more curious and inventive by the year, his new Christmas In The Heart is an immediate classic. 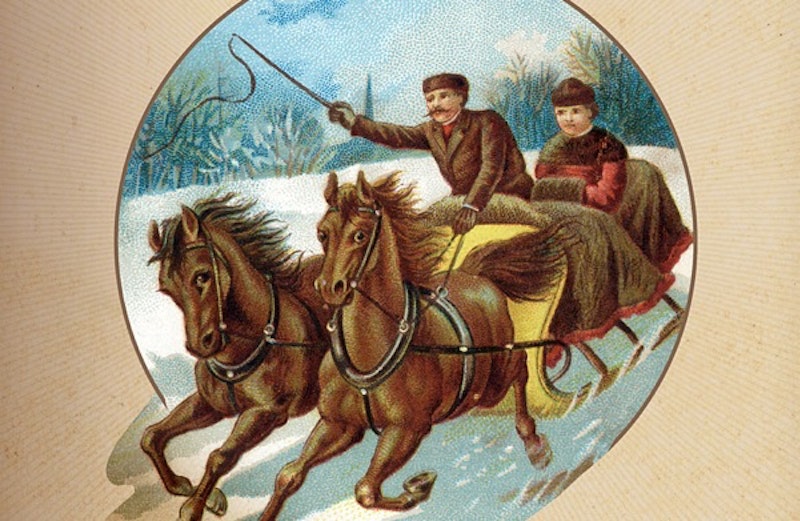 Like many people, I'm a sucker for Christmas. Not the annual Black Friday shopping farce, which serves only to keep local television reporters employed, and certainly not the shutdown of all business by Dec. 15, but trimming the tree and the genuine jolly spirit that lasts for about 36 hours before the holiday turns to sludge. And as a kid on Long Island I was fond of walking around the neighborhood with junior high school friends and picking houses at random where a bunch of us would (horribly, in my case) sing traditional Christmas carols.

So it was without hesitation that I purchased Bob Dylan's 47th record, Christmas In The Heart, and have subsequently played the straight-up (sort of) renditions of 15 classic Xmas tunes over and over during the past several days. It's hard to write about Dylan in this decade without pissing lots of people off: If, like me, you're of the mind that his original songs have mostly sucked since 1983's Infidels (and that was uneven), there's no end of vitriol that True Believers will direct your way. Jesus, I was even lambasted for trashing Todd Haynes' chaotic I'm Not There two years ago, an awful film (with notably awful performances by Cate Blanchett and Christian Bale) whose only redeeming feature was the soundtrack that closed with a cleaned-up version of Dylan's haunting "I'm Not There." Last May, I creamed Dylan's atrocious Together Through Life and still receive insults that make my well-worn ears ring.

As Dylan gimmicks go, Christmas In The Heart is a very good one (even better than the Victoria's Secret commercial), and his decision to donate all profits to the charity Feeding America was a feel-good move that guarantees good p.r. and offsets any trepidation some may have about the sexagenarian messing around with "The First Noel." (In truth, the charity angle was probably suggested by one of his advisors as a tax offset consideration, but that's hardly unusual.)

In fact, I'm somewhat surprised it took Dylan, Mr. Americana, so long to take on Christmas. Could be that he was thrown off-guard when David Bowie audaciously teamed up with a dying Bing Crosby to record, and a lovely version at that, of "Peace on Earth/Little Drummer Boy" in 1977 for a Crosby television show. (The song was officially released in '82.) Maybe Dylan was just biding his time; on the other hand, he might've been in a junk store last spring, and upon seeing a faded Norman Rockwell Christmas print, decided on the spot to make this new record.

Oh, and the songs: they're terrific, especially "Hark the Herald Angels Sing," "Must Be Santa," "O' Little Town of Bethlehem," "I'll Be Home for Christmas" and "O' Come All Ye Faithful" (with the first verse sung in Latin.) Dylan's cheerful growl is funny and soothing at the same time, and he comes off as a cross between a standard Kris Kringle and Billy Bob Thornton's character in 2003's Bad Santa.

One of my brothers, who, like me, grew up during Dylan's miraculous heyday and is crazy about his radio show—which features an unpredictable mélange of usually forgotten songs by artists like Wynona Carr, Billy Gayles, Charlie Feathers, Hal Swain, Mercy Dee Walton, Ricky Nelson, The Honey Bears, Wanda Jackson, The Georgia Crackers and hundreds more—was skeptical about Christmas In The Heart. It was his birthday last Sunday and he hoped one of his sons would get him the CD for a present, "since it would be nice to have a festive coaster for my drink tonight. What's more, the Old Croaker would probably enjoy the joke."

He further explained that Christmas carols of any sort (if not the holiday), whether sung by Chuck Berry, Bing or Mormon Tabernacle Choir, just bug him. Fair enough: if you still have an affection or soft spot for Dec. 25, though, and the songs that accompany the season, Christmas In The Heart will make this year a little bit more merry.