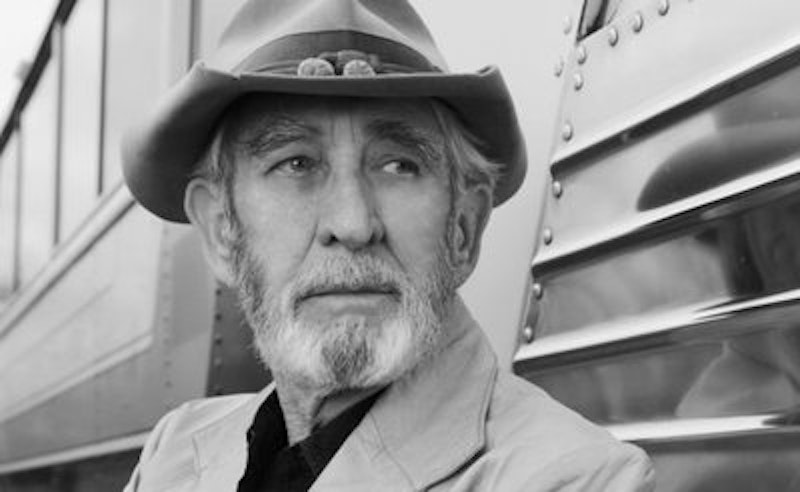 Still, sometimes when you're middle-aged and dull it's nice to just lean back and be middle-aged and dull. That's where country music comes in—the designated genre for expanding waistlines and mid-afternoon naps. And no country musician's songs scream (or rather mildly suggest) mid-afternoon naps like Don Williams, the hugely successful 1970s singer-songwriter who fused easy-listening and country to create a clean-cut gently swaying soundtracks for that demographic which felt that the Carpenters were too cutting edge and jittery.

I’m not sure I’d ever heard a Williams' song till my wife got me a two-CD set for my 42nd birthday— 42 being just about the perfect time to start listening to the guy, as it turns out. I've been particularly obsessed with Williams' 1978 hit "Rake and Ramblin' Man," a song that deliberately embraces and elaborates his fuddy-duddy appeal to fuddy-duddies like me. The title is a joke; there are lots and lots of songs about country ramblin' men (like this or this), but Williams' track isn't one of them. Instead, the lyrics aren't about rambling, but about just sitting there. The song opens with a standard maudlin country recitation; Don talking about running into an old friend, so we've already established that everybody involved here has some years on them. The first line, when Williams shrugs into the singing, is "I thought it would be so easy"—almost a comment on its own inoffensiveness.

But the friend isn't talking about the music as it turns out, but about how he thought he was going to have yet another one-night stand. ("She seemed so warm and willing.") Instead, he gets stuck—falls in love, gets her pregnant, and has to marry and get a job. The chorus is a confused lament: "You know I'm a rake and a ramblin' man,/Free as an eagle flies/Well look at me/now and tell me true/Do I look like a daddy to you?"

On the surface, this is a nostalgic whine for a footloose past; a wish to be young again. At the same time, it isn't a sad song. Williams' work is rarely anything but upbeat, and this tune is positively infectious. You want to hum along cheerfully when he sings, "Now she's feelin' sick in the mornin'/She can't get into her jeans;" pregnancy comes across not (just) as a burden, but as a positive—as, for all its downsides, it often is. Similarly, while that old friend complains about having to go to work, it doesn't come across as a fate worse than death. "Lord, I've had me some good times, but it's all changin' now," isn't quite the same as saying, "It's all ending now." The song, with that inescapable feel-good hook, sure makes it seem like settling into family life is, if not a path to orgasmic abandon, then at least something that you can nod along to pleasantly.

Which is to say, the answer to "Do I look like a daddy to you?" is almost certainly supposed to be, "Sure, why not?" Everybody looks like a daddy (or a mommy) eventually. You just have to stick around long enough, and maybe listen to some Don Williams. While the song is nostalgic for those earlier non-daddy-looking times, it's not just nostalgic. On the contrary, Williams seems to be looking forward to some easy, placid pleasures; being too boring to ramble and too much of a pop for pop.