Detour on the Road to Fame

By the mid-60s folk musicians were turning on and plugging in. 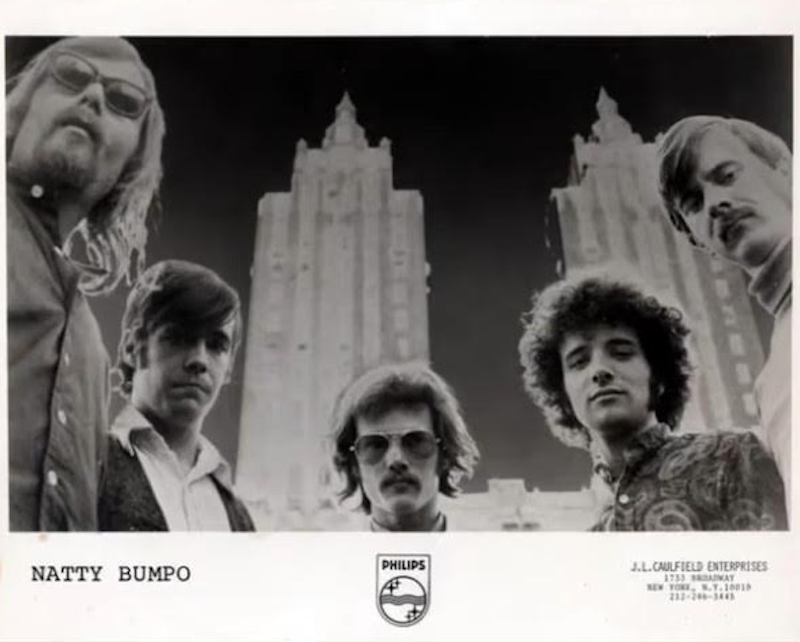 Jimi Hendrix’s first DC tour dates are among the most important cultural events ever to happen in DelMarVa. Hippies, bohemians, teenagers, college kids, and local entertainment mavens from all over the mid-Atlantic flocked to the nation’s capital to witness the 24-year-old proto-metal god shred out The Shape Of Rock To Come from August 9th to August 13th, 1967. Hendrix and his incendiary backup group (The Jimi Hendrix Experience, with Mitch Mitchell and Noel Redding) already had multiple hits overseas and were then just exiting a tour that found them awkwardly booked with TV pop sensation The Monkees. By that point they’d toured the UK, Europe, and the US. For Hendrix and co. it was all just another detour on the road to fame. For local fans and aspiring artists who attended the concerts, these gigs were revolutionary.

Esoteric young band The Natty Bumpo were among the most notable of the DelMarVa artists to feel the positive impact of Hendrix’s early DC appearances. The group was booked as the support act for every night of the virtuoso guitarist’s five-night stand. These shows occurred at The Ambassador Theater, an all-ages DIY music venue/counter culture hub in Adams Morgan. Though Jimi wasn’t yet a global superstar, with each Ambassador gig audiences grew larger and positive word spread faster culminating in a final night where a near-capacity crowd filled the venue. The Natty Bumpo were already Ambassador regulars, but their appearances with Hendrix solidified them as major local proponents of the DC hippie scene.

Marty Baum and Charles Smith formed The Natty Bumpo as a folk group during the early-1960s while still in college, living together and jamming in what future Bumpo booster Leonard Schwab remembers as “a large old house on Wisconsin Ave. in Bethesda, Md. across from Neiman Marcus.” Their name came from the main character in James Fennimore Cooper’s The Deerslayer, a book whose rustic themes complimented Bumpo’s organic early work. By the mid-60s folk musicians were turning on and plugging in. With an ever-changing support group of musicians, Baum and Smith quickly moved from folk to folk-rock and finally found a unique voice through psychedelia. It was at this point the band gained a strong local following and attention from ambitious twentysomething music promoter Schwab and local music legend Ray Vernon.

Leonard Schwab: “I never had a contract with [The Natty Bumpo]; my work with them was based on an admiration and trust that was more important than paper. I heard about them as a result of an ad I placed [in newspapers] for groups looking to get bookings. The people working with them (I think they were lawyers) responded and I went to hear them at a recording session at Rodell Studios in Georgetown. I thought they were trying to sound too much like The Mamas and Papas but did hear some things that interested me, especially in their creativity. I arranged for them to make some demo tapes in the studio that Ray and I had in the basement of the building where I had my office on Georgia Ave in DC.”

Other than encouraging them to focus harder on their “creativity,” Schwab can’t recall doing much to steer them away from the derivative pop heard at Rodell.  Regardless, whatever input Vernon and Schwab did offer made a world of difference—the LSP Bumpo sessions sound nothing like The Mama’s & The Papa’s.

The Natty Bumpo’s LSP demo is a long-lost holy grail of experimental psychedelia. Their mesh of dissonance, ambience, and pop craft equals the weirdest sides of The Velvet Underground, Lothar & The Hand People, Pearls Before Swine, or even the trippy modern effects of Animal Collective. "Stained Glass Museum" is an acid-folk space-out covered in a thin gauze of distortion with mystical lyrics and a dramatic arrangement. It could sound perfect floating through a creepy sword and sorcery film or the smoky dawn at an open-air hippie fest. The distortion may have come from poorly-stored tapes, poor digital mastering, or may have just been a dynamic anti-flourish. That overdriven sound gives the blasting raga rocker “I Can See You” (aka "I Would See You") an added punch of emotion that pushes the group’s melodies and arrangements to the edge of punk. Both of these tracks and 11 other gems from ‘67/’68 made it on to The Natty Bumpo’s posthumous 2014 full length, a limited edition CDR release put out by Charles Smith.

Once the LSP demo was mastered and replicated, Schwab helped propel the innovative group toward stardom.

Leonard Schwab: “I spoke to my friend in New York who was the agent for The Toys and asked if he’d be interested in hearing their tape. He said okay, so Marty [Baum] and I boarded a Trailways bus in Silver Spring and headed for NYC. The agent, upon hearing the tape suggested we go see a friend of his [at] Mercury Records. He liked what he heard also and said that he would like to hear the band in person. Marty said that they were going to do a small concert in a DC church and arrangements were made to see them in person at the concert. They were signed to the label shortly thereafter.”

The concert may have been obscure compared to the bills Bumpo shared with Hendrix, but the effect it had on big-label talent scouts was a push forward. The band realized they had to take things to a new level and The Washington Star caught wind of those plans just in time to offer coverage for Bumpo’s 1967 gig at Christ Episcopal Church in southeast DC. Marty Baum and Star writer Ann Groer gave a spirited outline of the concert’s program of music and events in a late ‘67 edition of the paper: “New total-involvement music seeks to engage not only the ears but the mind as well,” explained Marty Baum, Natty Bumpo guitarist. To this end singers and sanctuary will be bathed in kaleidoscopic color from films, slides, and stroboscopic light…”

The Bumpo wowed their audience with standard rock instrumentation augmented by bells, and wind instruments. They performed a psychedelic version of “Neverland” from the musical Peter Pan. Charles Smith contributed the B-side to their first major label single, a tribute to fairy tales and child-like wonder called "Legends."With glittering production from psych-pop titan Hugh McCracken, the song contrasts its A-side (a noisy cover of Previn’s “Theme From Valley Of The Dolls”). Walls of clustered harmonies and reverb effects make “Legends” yet another prime showpiece for Bumpo’s more lysergic elements.

As the happy late-1960s turned into the seedy 1970s, Natty Bumpo’s psych-pop shimmer had trouble maintaining its glow. Before splitting up in the early-70s the band issued an obscure second single on Phillips in 1968. A bizarre twist in the Bumpo story found them anonymously recording side B of the United Artists LP by Curfew (formerly known as LSP-repped teen rockers The Curfews; Marty Baum and Curfew member Steve Spencer were close friends).

In the early-70s Charles Smith got married, found God, and headed west. Soon after that Smith (under the alias Charles Ellsworth), his wife Mary, and an Oregon-based backup group self-released several excellent Christian psych recordings. Marty Baum’s music career lasted for the rest of his life. He worked mainly as a producer/recording engineer based in Maine and later Florida until his death in 2011. The Natty Bumpo’s legacy endures via a pair of recently issued archival music compilations that include both sides of their first 7”: “Legends” can be heard on Fading Yellow vol. 13 and the first installment of Psychic Circle’s Realistic Patterns series includes “Theme From Valley Of The Dolls.”