Who is Eve St. Jones? 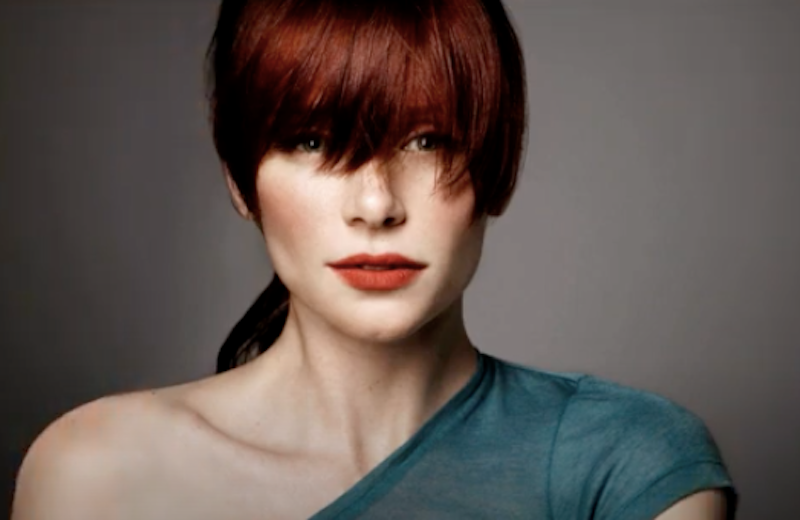 “Ooooh… I… I want to be with you everywhere.” I knew the song; it’s Fleetwood Mac. But that wasn’t Christine McVie singing from the restaurant speakers. Her phrasing was more languid, and the arrangement was jazzier, pushing the song over the thin line from pop AOR to easy listening wallpaper. As a sometime fan of easy listening wallpaper, I was intrigued. Who was this cover by? That’s a question that’s harder to answer than it should. I asked my phone to identify the song, and it spat back the answer promptly; the singer’s name is Eve St. Jones. But who Eve St. Jones is—that’s a trickier question.

St. Jones has two albums on streaming services; a 2020 album called Make Your Move and the 2022 French Café. They’re both comprised of easy listening/lounge covers of easy listening-ish hit songs: Lionel Ritchie’s “All Night Long (All Night)”, Coldplay’s “Everglow,” The Eagles’ “Hotel California,” Britney’s “Oops!... I Did It Again.” St. Jones has also recorded a handful of other singles which go back to around 2007. Gentle Brazilian rhythms slide into breathy vocals which whisper into gentle strumming. It’s muzak versions of tunes which were almost muzak to begin with.

The Muzak-squared versions of these songs are popular; Spotify says that Eve St. Jones’ cover of the Weeknd’s and Daft Punk’s  “I Feel It Coming” has racked up 6.4 million streams; her cover of Rick Astley’s “Never Gonna Give You Up,” has hit four million. That’s not close to the originals: the hit version of “I Feel It Coming’ has more than a billion streams. Still, a lot of people have heard Eve St. Jones’ voice. More have heard it, anyway, than have listened to most tracks on Jon Batiste’s We Are, which won the Jazz Grammy of the year.

I doubt many of Eve St. Jones’ listeners knows who St. Jones is or what she looks like. That’s because online, St. Jones barely exists. She doesn’t have a website or Wikipedia page. Her AllMusic page has no biography. There don’t seem to be any images of her available; the pictures of women on her various streaming profiles look like stock art.

St. Jones is what critic Ted Giola refers to as a “fake” artist. She’s almost certainly a pseudonym; she doesn’t tour under her name. Her songs are recorded specifically to fill bland jazz-lite playlists, like “Bossa Nova Cookings” and “Lounge (Bar & Café).” Giola says most of these fake artists come from Sweden. Often they’re just pseudonyms for the same small group of people; as many as 500 artists may be just 20 performers.

I think the term “fake artists” is misleading. There’s someone singing on Eve St. Jones’ songs. It may not be her real name, but she’s a real person (or people.) She has real talent. Turning Amy Winehouse’s tough, bluesy “Back to Black” into a swaying, sultry insinuation is kind of brilliant; smoothing out Rod Stewart’s “I Don’t Want to Talk About It” also works surprisingly well. Pouring layers of sugary sensuality over pop hits of the last 40 years is pleasingly crass and crassly pleasing. And she’s got a great voice, whoever she is.

Eve St. Jones and her ilk are hardly the only pre-fab studio musicians to polish the edges off of popular songs and styles. From advertising jingles to muzak for elevators and malls, professional musicians have always taken work-for-hire gigs, churning out quality product for commercial venues. Some of these have either acquired latter-day credibility: The Avalanches and many another hip-hop hipster have sampled library recordings—work for hire compositions recorded for television and movie licensing.

The problem with St. Jones isn’t that she’s fake. It’s that she’s part of what appears to be a payola scam, or the equivalent.

No one knows precisely what relationship artists like St. Jones have with music streaming services. But what’s clear is that a bunch of unknown session musicians get prime real estate in playlists and rack up tons of plays. The suspicion is that some artists accept lower payments for prime placement, or that Spotify has some sort of work-for-hire deal with certain performers to provide content at a flat rate. Otherwise, it’s hard to see how a playlist curator would even stumble upon Eve St. Jones, who, again, except for her function as a playlist placeholder, barely seems to exist.

I’d feel better about this arrangement, maybe, if I knew that St. Jones herself, or some musician somewhere was getting paid a substantial sum. But we don’t even know if that’s the case; the bulk of the money could well go to the producers or the middlemen. Eve St. Jones’ laid-back, sweet tone is the sound of capitalism separating artists from their art, the better to monetize them. That’s not easy to listen to. But no matter how abstracted her voice has become, somewhere someone with talent really is singing about how she wants to be everywhere.