Reflections on a Nobel Prize winner. 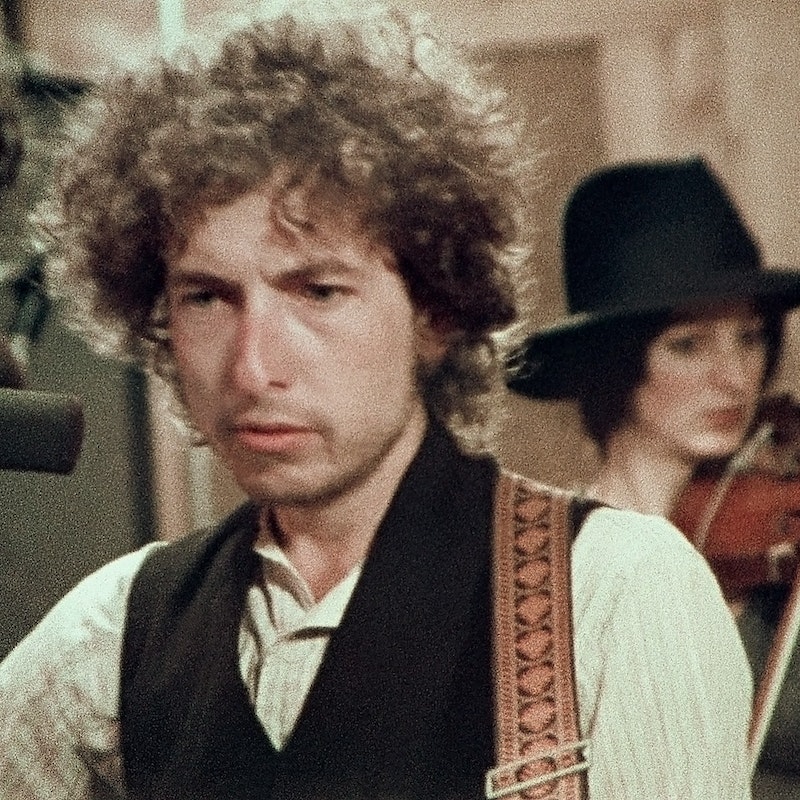 I never liked Bob Dylan’s lyrics that much. There were plenty that I didn’t mind, as with Desire and Blood on the Tracks. I suppose I might feel the same way about whatever’s on his pile of subsequent albums, if I heard them. The early folk classics had sturdiness combined with phrasemaking power. Consider, as statements and not titles, “A hard rain’s a-gonna fall” and “The times they are a-changing.” Anyone who said either to you would’ve said plenty and you’d never forget how they said it. (The first time, of course. Supremely effective phrases stay great, but what we do to them with all our repeating.) But then there’s the second half of the 1960s. Lyrically his powerhouse classics, those genre-transforming verbal earthquakes, have always struck me as offering nothing beyond velocity plus a quick-and-dirty path to small-scale cultural upheaval. The words being so conspicuously placed a-kilter of regular intelligibility, like a restaurant of tables on their sides and chairs turned upside down, let you know that everything had been changed: the world’s order couldn’t stand against the unleashed modern consciousness and the individual artist-hero’s need for self-expression. Anyway, that’s how it looked inside the song.

To me it seems like a dull trick. Put the words right and say something, which Dylan can do now and then. “Like a rolling stone”—there’s another king of a phrase, existentialism communicated from the underside, the intellectual discussion taken as read and the experience slung across in a few words. I can admit that, even without his music, he has gifts. But his gifts result in lyrics that are only occasionally remarkable, and that’s how it goes for rock songs, which take a slack approach to words. A good outing will have a few strong bits atop placeholders. I find the genre’s best moments sneak up via the conversational approach: “Driving ’cross the Waynesboro county line/I got the radio on and I’m just killing time” (Springsteen) and even better “Saturday in the park/I think it was the Fourth of July” (Lamm).

When people make fun of the Nobel committee, you’ll hear the names Pearl S. Buck and Romain Rolland. Those two seemed very important in their respective days, and one gathers that their writing conducts itself as such. We’re talking a brocaded wallpaper sort of heaviness, like a professor’s study from long ago; and a waxed-fruit-on-mahogany-end-table heaviness, like your grandmother’s house. Rolland dwelt on the exalting powers of art, Buck had peasants speaking with a poetic simplicity. Or so I hear. They’re bywords for how time can debunk supposed greatness, cases known even to someone like me, a browser of half-read book reviews. Their Nobels won them that much. If Dylan’s another embarrassment-to-be, there’s still this difference. They represent the fallacy that if you’re serious enough, you must be great. My father used to call this worthiness—“She’s worthy,” he’d say of some high-minded dullard (in his view, I mean). Worthiness isn’t Dylan’s thing. He’s a deluxe example of the artist who does what Tom Wolfe called the Apache dance. He’s the artist-rebel who must be great because he’s so unpleasant and disordered, right down to his words pointing all which ways.

Have the Nobels had so many of his sort? One gathers that some of the winners have shown definite tinges, what with the mid-century male writers and their whiskey and whorehouses and pounding typewriters on plank tables and what the hell good is school, and so on. Of course, they did this in private and then might trot out an act for reporters or the occasional crowd of stuffed shirts. Dylan made a lifetime public spectacle of himself and did it Apache dancing all the way. TV cameras and stadium audiences watched him do it. Wolfe said the Apache dancer’s act was directed at patrons, who had to know their man was the real deal, a genius so volcanic he had no use for them or anything they could understand. Dylan, that sneering little riddler, got the point across to the people buying his records; then he got it across to the Nobel people by skipping their prize ceremony. A Rolland or a Buck adores ceremonies, since serious art exalts and therefore deserves to be exalted, which is accomplished through a great concentration of seriousness into ritual form. Not for Dylan, who came along during the age of art as transgression and transgressed himself into serious moola. If he proves as much a dud posterity-wise as his august predecessors mentioned here, future historians may use him and them to indicate the change in artistic climate during the 20th century. For my part I’ll remember him for his music and for his occasional mordant bumper stickers announcing the end of all we hold comfortable.