Searching for love in all the wrong places. 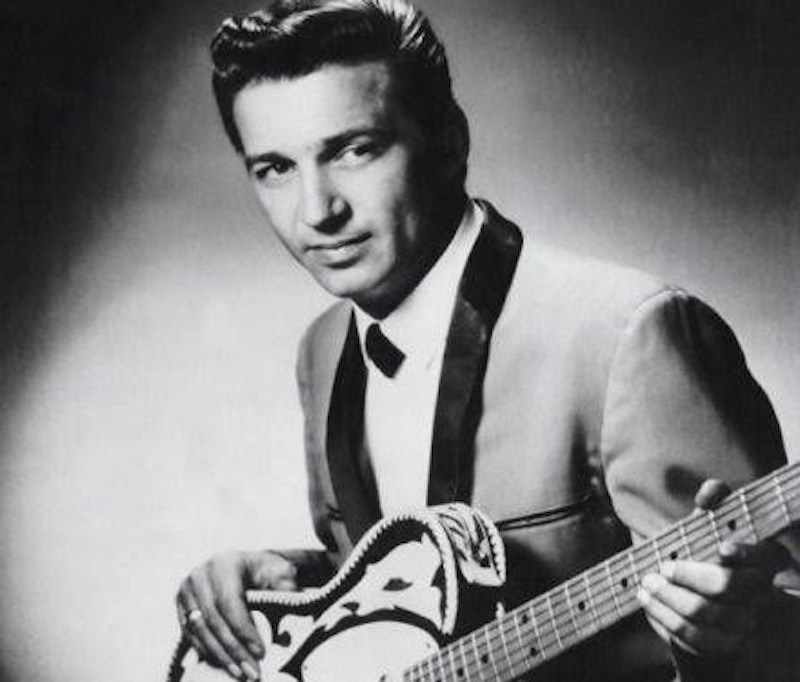 The life of Waylon Jennings (1937-2002) is legendary. Crowded with ups and downs and leaving some room in a lonesome outlaw cowboy troubadour mystique, searching for love in all the wrong places. A classic American tale like so many country singers who travelled the back roads from town to town non–stop. Hitting rock bottom’s thrill ride and bouncing back into the game. Looking for the next gig, next meal, next drink and the next cheap motel. A vicious cycle repeated nightly in some honky-tonk dive bar roadhouse on Main Street in anywhere America. Waking up every afternoon with a hangover.

Jennings started playing guitar and singing at age eight. By the time he was 12, he was a DJ on KVOW radio and a few years later formed his first band, The Texas Longhorns. During his years as an on-air radio personality he bounced around stations in Texas, Wyoming and Arizona. He was fired from one station for playing a Little Richard song twice in a row. The station manager warned him beforehand about playing “race” records but Jennings was never one to take orders from anybody.

It was an uptight era in music that Jennings once described as Before Elvis and After Elvis. It was also a different America where segregation ruled and white privilege went with good manners and a proper dress code. White polite culture was hailed most holy from the upper echelons down to the wearing of a Sunday best suit to the meetinghouse. There was a rigid protocol of rules and regulations that an artist like Jennings couldn’t abide. It was only a matter of time before he rejected the social mores of the times.

Like many famous country stars of the 1950s up to now, drugs, booze and fast living went along with the whirlwind schedule of the road and staying up for another gig in another blurry town. Looking at the world through a dirty windshield and the bottom of a bottle. Amphetamines were the drug of choice. They were cheap and plentiful. It’s no secret the country ran on speed. Everybody from long-haul truckers to plump housewives popped pep pills to stay awake or lose weight. And then cocaine. Unfortunately it took down too many, but they always bounced back for another bump of white line fever.

Jennings shared a room for a short spell with Johnny Cash in 1960s Nashville. Although the original odd couple routine was brief, Cash left a mark on Jennings. His rejection of old school “countrypolitan” music he described as, “awash in strings, mooning and crooning and juneing,” gave birth to Outlaw music. Jennings recorded the first million-seller hit album in 1976 titled Wanted: The Outlaws. Buddy Holly and Hank Williams schooled Jennings. His 60-year reign delivered him 16 number one hit songs. Along with Willie Nelson and many others that embraced longhaired rock ‘n’ roll influences. By the end of the 1970s the new sound they created laid the foundation for so many artists. Musicians like Steve Earle, Guy Clark, Billy Joe Shaver, Marty Stuart, Dwight Yoakam, and Hank III, among countless others, tip their cowboy hats to Jennings.

The 1980s gave birth to a menagerie of huge benefit charity concerts and albums. The group of 45 stars from every genre of American music recorded the ill-fated, “We Are The World.” It helped spawn Farm Aid concerts and Aids-related fundraising shows around the globe. There’re just a drop in the leaky bucket of “noble” causes that still pop up now and again. During the recording session for “We Are The World” the idea to sing verses in Swahili came up because it was a song to raise awareness for hunger in Africa, specifically Ethiopia. A few artists thought it apropos to include the widely spoken African language but Jennings balked at the idea, walking out of the recording session. No one’s certain what or why this occurred but it was later revealed that Swahili was not spoken in Ethiopia. Jennings later returned to the session and the rest is forgotten. In the big picture it was a non-event and like the song nothing ever came from it. Like the 1980s it mercifully went away.

2009 bought the big screen biopic Crazy Heart, loosely based on the life and times of Jennings. The main character, Bad Blake, was portrayed by Jeff Bridges. It won him an Oscar and is one of the best hard-luck, down-and-out films made about country music singers. Up there with the classic 2005 film, Walk The Line highlighting the life of Johnny Cash. The movie Crazy Heart could be about any one of those outlaw legends. It was said the writer of the original novel based his character on Hank Thompson, though it most closely resembled Jennings. Even the other character Tommy Sweet (played exceptionally well by Colin Farrell) opposite Bad Blake, could be any number of C & W stars from Garth Brooks to Willie Nelson.

Waylon Jennings accomplished the impossible in a career that spanned over half a century. He changed country music forever. He had a lot of help, but he represents the best of the best. No small feat considering what passes for the country music that flounders and falters nowadays. There’s little country left in the music, somewhere between hillbilly rap and bubble gum. A sad bad end to a glorious run.