Why They Suck: Classical Music

Authoritarian structures are inimical to good art in many ways. 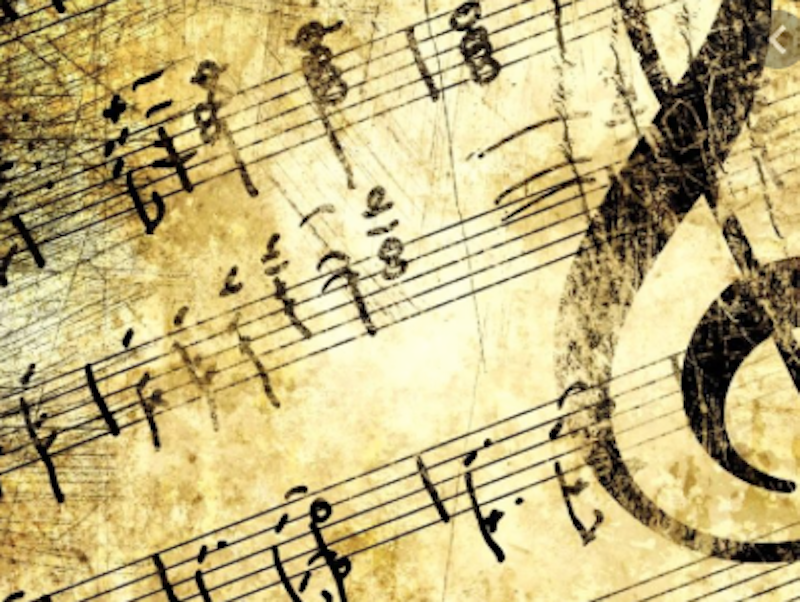 Even for a man and journalist such as myself, so widely noted for my self-possession and implacable composure, the "news cycle" got a bit overwhelming this week. I should write about impeachment, the Iowa caucuses, coronavirus, the Super Bowl, the State of the Union. Or I should roll these up together into a dark meditation on the decline of civilization, ending on a desultory note of hope. But at the moment, I can't quite face up or figure anything out. Now, sometimes when a man of implacable composure such as myself needs to engage in self-comforting activity, he has a nice mani-pedi or gets down on the floor and rocks back in forth in the fetal position. I write a "Why They Suck."

I’ve always secretly, usually secretly, deep in my soul, my deeply deeply Americana soul, thought that "classical" music, or I might say "serious art music" really sucks. But you can't mean all of it! You're right, I can't. And yet I do. The classical music world appears to be more infested than most with sexual harassment and abuse (and more harassment and more abuse). This might simply be regarded as an unfortunate coincidence, but it's a predictable outcome of the authoritarian structure of the art form, which is exactly how that devastating Atlantic piece diagnoses the problem. Sexual abuse is most common in authoritarian institutions such as the Catholic Church and the military. Also, in my opinion, authoritarian structures are inimical to good art in many ways.

First, the distinction between high art music and popular music is largely a matter of social class. Go to the Metropolitan Opera if you don't believe me. Just try to stay out of groping range of the "conductor," who's also a priest and a dictator. "Classical" music proper—more or less the music of the neo-classical 18th century in Europe (Handel, Haydn, Mozart)—is music for courtiers, music meant to please wealthy and powerful patrons. Ever since, this sort of serious art music has been as much a badge of status as a genuine pleasure. I suppose that emblems of status can be sources of pleasure. Not all pleasures are morally defensible, after all.

Classical music is a thing of relentless hierarchy. You're going to train thousands of violinists, for example, all to play identically, indistinguishably, so they can join an army of strings that speaks with a single voice. You're going to spend a couple of decades forcing their bodies into identical configurations, as in ballet. Or as in opera, where the point seems to be to discipline or torture the human body to produce an inhuman sound, a sort of transcendence of embodiment. If you want to hear the human voice raised in song, try Tammy Wynette or Billie Holiday or Lizzo.

Playing in an orchestra, you’re going to have to expunge any distinctive or even distinguishable expression, unless you’re one of a few anointed geniuses, virtuosi and maestros who sit atop the whole world hierarchy of classical music as the lords whom all the other players imitate and serve.

The conductor-orchestra relation is flatly authoritarian: the player’s supposed to be responsive to the conductor's mere twitch, like waiters in a high-end restaurant or, again, very attentive servants. The orchestra is a little army, all performing the same motions at the same time: sort of swaying and grimacing in order to simulate the alleged emotions involved, again this evening, but all playing the same, like a Marine Corps drill team in their dress uniforms. Everyone is going to play the score accurately: merely reading the script, really. Everyone knows their rank. No one is going to step out of line. It’s just so very Austrian. Or so very Wagnerian. Indeed, as the Allies firebombed German cities in 1945, Hitler was still commissioning new opera houses.

There are other models of how to make music, even in a large group. Consider the “orchestras” of Duke Ellington or Count Basie, for example: playing in unison here and there, though in a much looser unison: swinging, swapping improvisational solos, never playing the same piece exactly the same way. In that sort of activity, the players and the audience can find a collective joy. In classical music they can find only a simulation of joy, or grimly read and saw their way identically through a composition on the theme of joy, as the audience sits there as though super-glued to their seats, clapping politely together when it’s over.

That’s also an important difference between art music and popular music. Much popular music engages the body of the audience: it’s a context to dance or celebrate. With classical music, the audience is essentially passive, and meant to be. Your primary role is not to cough. Duke Ellington wants your whole self and your whole body to collaborate in the music. It's a democratic art, welcoming everybody, wanting you to participate. All classical music wants from any of us except Hilary Hahn is sheer acquiescence.

That's no way to make music; that's not what music is for, not what music is. It's not surprising that classical music is often parasitic on popular music, from Dvorak's Slavonic Dances to a whole century of jazz influence. Just sitting there in its augustness and purity, classical music is dead; it steals its life from the sort of music for which its aficionados often express disdain. When it doesn't, it often lapses into cliché (for a century and a half every movement seemed to end with the same little lick) or pretentious unlistenability, as in the 12-tone approach. It fetches up in Cage's silence, thank God.