The influence of Phun City and the Boundstone School on a number of future punk legends. 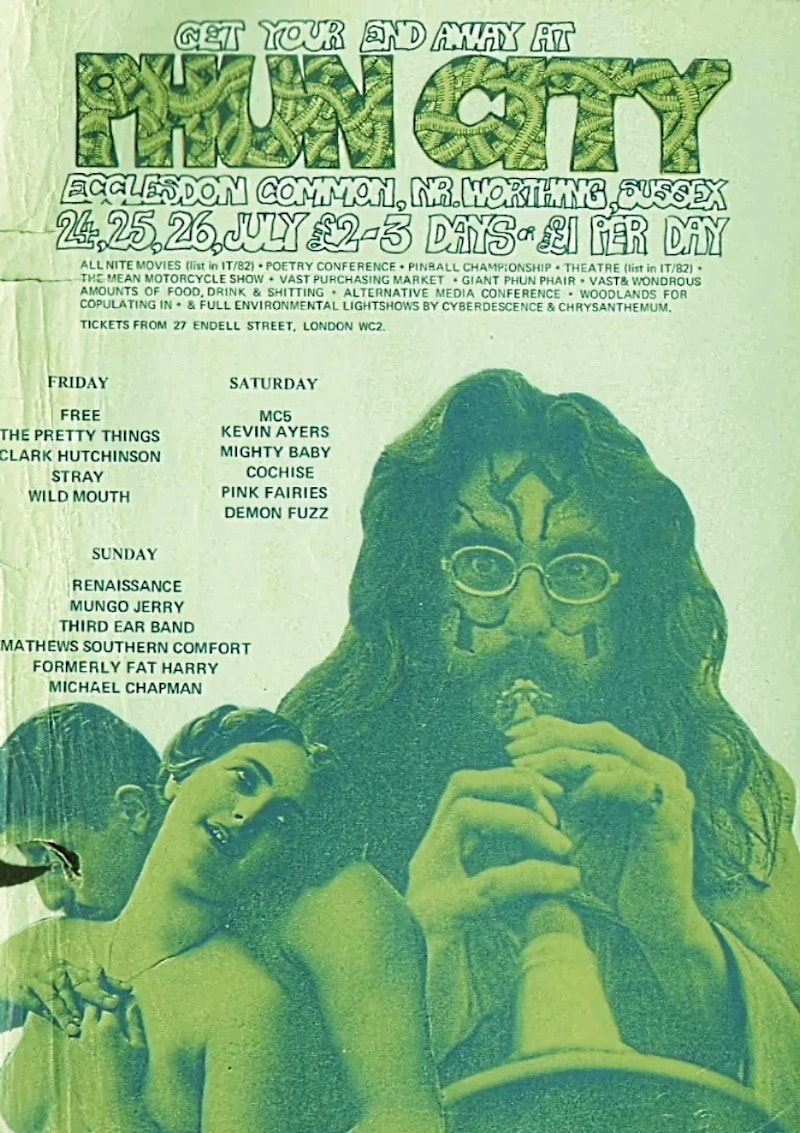 Gynt On The Rocks’ genesis begins in Norway more than 100 years before the birth of punk culture. Central elements of Gynt’s plot emerged in Scandinavian playwright Henrik Ibsen’s poetic drama Peer Gynt (1867). Ibsen was the godfather of today's subversive theatre. His works bashed the hypocrisies and indiscretions of corrupt power brokers and their subordinates. The playwright’s character Peer Gynt was a homage to Per Gynt, a Quixotic figure from Norse folklore who supposedly once lived in Gubrandsdal, Innlandet. Peer Gynt became legendary for his tall tales and staunch opposition to the domesticity of provincial Norwegian life. By celebrating the exploits of a free spirited layabout Ibsen mounted an intellectual rebellion against what he believed were the sketchy “morals” of Scandinavia’s greedy/shallow ruling classes. Gynt’s predilection for stretching the truth gave him the power to create an identity from scratch while shunning the baggage that came with any family ties and conformist peer pressure. Prescient and sprawling, Peer Gynt and Ibsen’s canon remain as some of the most influential forces in contemporary theater.

Suburban Lancing, West Sussex, UK doesn’t share much in common with bucolic Innlandet, Norway. A glimpse at a Lancing history retrospective reveals British charm—historic cottages rub shoulders with opulent office parks; the town supports amateur athletics, and memorials to war veterans and other patriotic heroes; major landmarks include Lancing College chapel (the largest school-constructed chapel in the world), and Shoreham Airport, the UK’s oldest licensed airfield and a hub for air taxis and other small airline services. Despite its mellow exterior Lancing has kindled a batch of creative souls. Tim Rice, Evelyn Waugh, David Glass, Robin Driscoll, and A.C. Swinburne are just a handful of the visionaries who emerged on the world stage after spending time in the innocuous ‘burb.

An accomplished Lancing College grad who strengthened the town’s reputation as a fringe culture incubator was Peter Pears, one of England’s major post-WWII opera singers. The librettist rose to prominence after collaborating with Benjamin Britten, a composer with roots in the village of Suffolk. Pears’ cathartic vocals enlivened Britten’s opera Peter Grimes (1945). Opera scholars view it as a protest against the repressive intolerance that often festers in suburban environments. More cryptic and succinct than the music journalists, Britten summarized Peter Grimes’ inspiration in a 1948 interview with Time magazine: ”A subject near and dear to my heart—the struggle of the individual against the masses. The more vicious the society, the more vicious the individual.”

Twenty-five years later in 1970 punk pioneer/Sussex freak Mick Farren booked and produced the Phun City Festival, a pivotal moments in proto-punk history. Phun City saw Farren, a crew of his shaggy friends, and painfully loud amplifiers blasting away on Ecclesden Commons in Lancing’s nearby sister town Worthing. The fest’s lineup was an all-star cast of iconoclasts and radicals: The MC5, Hawkwind, William S. Burroughs, T. Rex related-project Shagrat, The Edgar Broughton Band (often described as the UK answer to The MC5), and Farren’s own group The Pink Fairies, a band who originally formed to back up ex-Pretty Things member John “Twink” Adler.

Minds and speakers were blown as Farren and co. used Phun City to promote civil disobedience, dystopian awareness, and recreational drug use. A wide-eyed Worthing kid named William Broad (later known as Billy Idol) and an embryonic punk god named Mick Jones (a founding Clash member) both attended Phun City. The concert changed their lives forever and ripped rock ’n’ roll from the provenance of faddish teen reverie. Thanks to Phun City and similar early-1970s events, rock’s rawest form became the soundtrack to a performative reactionary lifestyle. The misfit camaraderie of punk seemed to annihilate any dull future. Though West Sussex never became a punk nexus, Brighton, East Sussex was worthy of that title and only an hour away from Lancing. Brighton had a night life comparable to London, the UK new wave capital. No Exit, The Molesters, The Pirhanas, and The Amazorblades were some of the Sussex-based provocateurs who spread creative chaos throughout the Brighton scene during the height of British punk’s late-1970s popularity.

Out of all of these groups only No Exit were directly connected to Boundstone School. They were one of several bands that featured the talents of a Boundstone alumnus named Paul Johnson Rogers, the musician who’d go on to compose and write the lion’s share of Gynt On The Rocks’ score.