The Story Behind "Fairytale of New York"

The song runs through a holiday roller coaster of emotions. 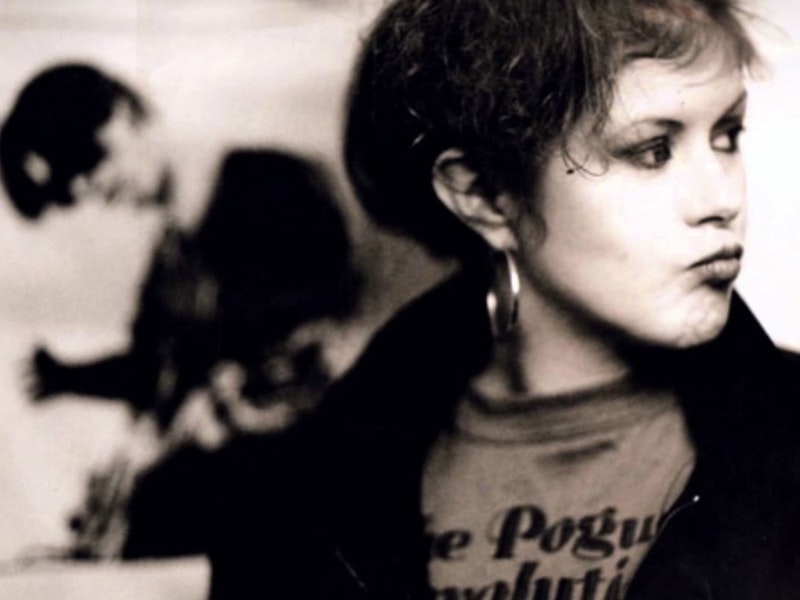 Christmas music playlists contain about 24 songs, so any extended car ride or walk through a mall will mean you’ve heard them all too many times. There are a few songs that don’t make that rotation, but continue to turn up each holiday season. The Pogues’ “Fairytale of New York” comes to mind. The Irish band’s leader, Shane MacGowan was challenged to write a Christmas song by producer Elvis Costello in 1985. Band member Jem Finer disputes this take, saying that he’d written two different songs, the second with help from his wife. Regardless, “Fairytale” took over two years to develop, and was eventually added to the album If I Should Fall From Grace With God in 1988.

The song, at least in part, details a conversation between a man and a woman, with MacGowan and Cait O’Riordan taking those roles. The sloppy and difficult history of the band included O’Riordan having a relationship with Costello, Elvis and the band having a falling out, and “Fairytale” not having a female singer.

Steve Lillywhite became the band’s producer after Costello left. In 1987, Lillywhite took the song home to his wife Kirsty MacColl. She recorded her vocal track, and MacGowan did his, but the two were never in a studio together for the song. Strings, a harp, and a horn section were added to the final recording.

A music video featuring actor Matt Dillon brought the song further popularity. Scenes from that video were filmed in a New York City police station, but even though the chorus mentions “the NYPD choir,” there’s never been a Police Department choir in New York.

The song runs through a holiday roller coaster of emotions. It begins with MacGowan’s character in a drunk tank, where he dreams of his girlfriend, and a romantic Christmas Eve. The story includes drug addiction, hospitalization, anger and despair, but ends on what some would consider a hopeful note for the couple’s future. The music is as diverse—a slow piano solo opens the song, but the tempo changes to a reel, complete with tin whistle. Each year when the song re-enters the charts in England and Ireland the debate on acceptable language flares up. The phrase “you cheap lousy faggot” has been changed in one retelling to “You’re cheap and I’ve had it,” which arguably fits the tenor of the relationship without the homophobia.

At the time of its initial release, the song charted at Number 2 in England, and has returned to the Top 20 in December each year since 2005. Pogues’ member James Fearnley said, “It’s like ‘Fairytale of New York’ went off and inhabited its own planet.” The band’s name itself is a cleaned-up and shortened version of the Irish “Pog mo thoin”, meaning, “Kiss My Ass.”

Kirsty MacColl met a horrific end in Mexico in 2000. While on vacation with her sons and boyfriend, MacColl went diving at Chankanaab Reef. The area where they were diving was off limits to boats, but after surfacing from a dive, MacColl was hit by a speedboat, after pushing her son to safety. She was killed.

The boat involved was owned by members of the Nova family, who ran a large supermarket chain. There’s a dispute in regard to who was actually driving the boat; eyewitnesses say it was Guillermo Gonzalez Nova, but another man, Jose Cen Yam, claimed he was driving. Cen Yam was tried and found guilty of culpable homicide, and paid a small fine.

The incident has been investigated by MacColl’s family, the Justice for Kirsty campaign asked for a judicial review. A BBC documentary on the case was aired in 2004, and in 2006, during a concert in Monterrey, Bono, frontman of U2, spoke of his friend Kirsty from the stage. In 2009, the campaign committee released a statement that their work had been terminated, saying it was “successful in achieving most of its aims.” A memorial bench has been placed in London’s Soho Square where fans gather yearly to sing tribute to MacColl.