David Bowie: An Update on Soho’s Most Famous Prankster

The late superstar remains an inspiration for future generations. 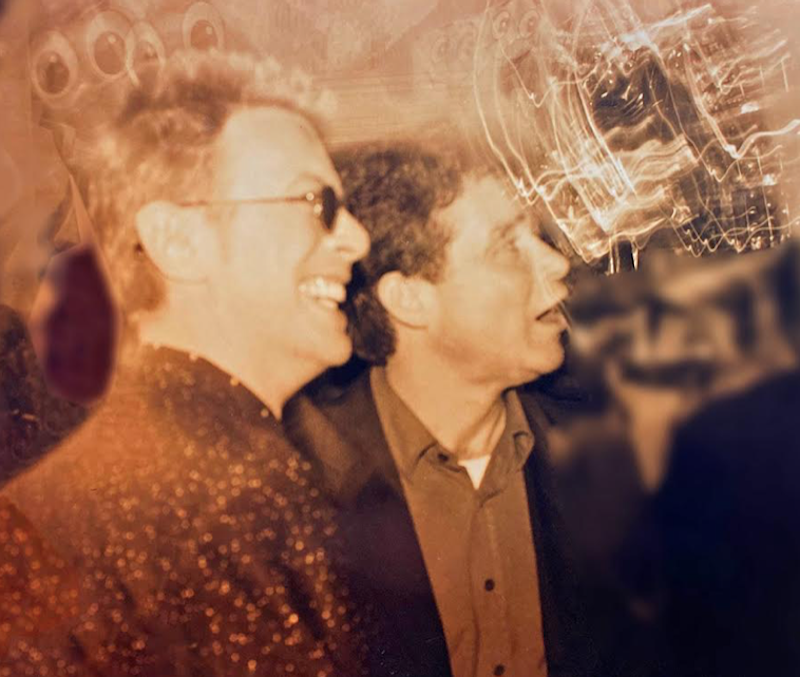 After lunching at Buffa’s, a Little Italy family-owned neighborhood cafe on Prince and Lafayette Sts. in the 1990s, I burst into, “We got the chutzpah and were coming to town,”with an impromptu glam street strut to Bowie’s “Fashion.”

“No, the lyrics are, “We are the goon squad and we’re coming to town. Beep-beep,” remarked my pal Adam, laughing. Maybe it was the Zeigarnik effect, or maybe just some exhaustion after a late-night around the corner at Milano’s Bar. We both cracked up on our way back to work at New York Press’ offices in the Puck Building. I’d listened to “Fashion”so many times that it was just one of those pretty things.

And Bowie was a million different things to a lot of people without getting into a deep trap of idolatry. The seriousness of it all; confirmed by a major show held in 2018 at The Brooklyn Museum; the “David Bowie Is” exhibition. On January 8, 2022, Bowie would’ve turned 75. So, what’s the latest with shape-shifting Bowie?

Mike Garson, his alumni keyboardist, returns for year two hosting “A Bowie Celebration” on January 8th, live streaming it for a good cause. It’s amazing to see people tuning-in and appreciating Bowie’s impassioned approach to creativity. The answers can be found in his vast repertoire of work. Everyone can always learn something new.

Bowie, Iman and their daughter Lexi lived across the from the Puck in the renovated Hawley & Hoops chocolate factory at 285 Lafayette St.; so, I’m guessing he didn’t hear my outburst back then. Their expansive penthouse condo was listed in 2021, the property sold for $16.8 million within a month.

A pop-up store called Bowie75 opened at 150 Wooster St. in Soho. Among the collectable curios you’ll find are clothing, books, vinyl reissues, rarities, CD box sets; topped-off with an in-house audio-visual projection experience. There’s no mystery here; it’s a commercial enterprise Bowie would’ve approved of. There hasn’t been this much Bowie available for purchase in New York City since the closure of Rebel, Rebel, a 28-year West Village record store staple that used to be on Bleecker St.

Chris O’ Leary is the expert to read if you want to learn more about David Robert Jones. His comprehensive website Pushing Ahead of the Dame leaves no stone unturned. One of O’ Leary’s two in-depth Bowie books Ashes to Ashes: The Songs of David Bowie, 1976-2016 explores his music and collaborations. In December, the author made a promotional in-store appearance at Bowie75. Perhaps there’s some excitement over the release of the “lost” 2001 Toy album with its three-figure price tag. The massive 11 CD box-set, 18 LP vinyl collection was posthumously released in November 2021 after years of talk and rumors.

I swear he does a pretty good job publicity-wise; it’s rare to see an absurdist-toned viewpoint getting international news coverage. When things like this happen, it’s important to keep in mind: reality doesn’t change, even with a prank. Going back to 1998, artists, observers and pranksters were on a different playing field and Bowie pulled off a major hoax.

What a wonderful afternoon it was when Lola, a calendar editor at New York Press where I was art directing, approached me with a plus-one invitation for a special event. On April 1, 1998, we left the Puck Building and walked west on Houston St. past the tarnished, blue fruit stand by the subway station. Across the street from the Whale-of-a-Wash car wash on the corner of Broadway and Houston St., above the Pottery Barn on the second floor; a sizable segment of the New York art world glitterati was inside artist Jeff Koon’s studio. Sitting proud and tall in middle of one room, a work-in-progress version of “Puppy.”

Bowie was always intrigued with guise. This endeavor put him in the publishing world as editor and writer for the quarterly magazine Modern Painters. The event was a book launch party for an arty monograph. His collaborative partners were Koons and best-selling Scottish writer William Boyd. The convincing ploy required printing a hardback biography Boyd wrote called Nat Tate: An American Artist, 1928-1960. The fictitious character was an obscure Abstract Expressionist artist who jumped off the Staten Island Ferry in 1960.

Looking around in attendance that early spring evening; painter/filmmaker Julian Schnabel, writer Jay McInerney and musician Billy Corgan. Everyone was excited. The noise in the studio fell silent as he made his way up to an impromptu stage. An unpretentious and charming brown-suited Bowie read excerpts from the Tate book. The reading cemented the hoax’s credibility. The crowd bought in wholeheartedly. Afterwards, Bowie stepped out into the masses for a meet and greet.

The joke was short-lived. Within a week, the true story broke in London’s Guardian. The art trio was busted. The Nat Tate phenomena has taken on a-life-its-own and lives on according to Boyd. Modern Painter magazine was sold in 2001. Afterwards the staff was canned, including Bowie.

Present-day Bowie still graces the silver screen. Paul Thomas Anderson gives a soundtrack favorite “Life on Mars” a new perspective in his new film Licorice Pizza. Originally released in December 1971, the song’s another a great Hunky Dory album moment which just turned 50-years-old. Let’s time shift. The official “Life on Mars” video reminds us of how hypnotizing Bowie was. The piano builds up. You see his face and hear him singing. He rocks back and forth, from side-to-side. Looking directly, you get the rock star treatment with a finger-point as he speaks into our eyes. The camera comes in all the way. His head slowly turns. Surrounded by blue sparkling eye shadow, those cool eyes roll back, then Mick Ronson shreds his guitar. The video was directed by the legendary music photographer Mick Rock who passed away in November 2021. Take a breather. All these fascinating little surprises continue as Bowie remains an influential, important figure for future generations.