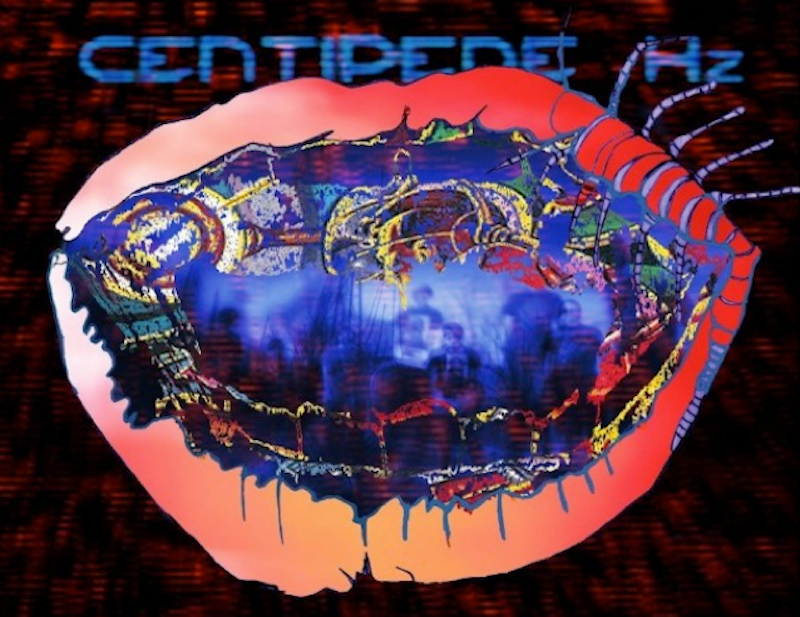 This is not fair. It’s brutal, especially for a record as fast, dense, and cacophonous as Animal Collective’s Centipede Hz to spew any opinions in print when you’re still digesting. Remember how badly Joanna Newsom’s Have One on Me got the short shrift? Two hours of swerving, hook-less dishes of different, and most critics wrote thoughtless reviews under deadline just to get their brand’s word out the day of release. Have One on Me suffered due to its ambitiousness (those without the guts to do anything as bold would call it “pretentious” or “overblown”), and with a February release, no good for laudatory end-year-lists. Then again, Animal Collective put out Merriweather Post Pavilion the first week of January in 2009, and that album, for better and mostly worse, has influenced and cast a sheen over a whole generation of wide-eyed millennial chill-seekers. The tides have receded: the inferior or copycat bands, most too minor to mention, but a few—Ruby Suns, Yeasayer, your stoned cousin who won’t take off that alligator mask you got him for Christmas—stand out. So, in an era when AC’s sound and aesthetic have been mined, magnified, and stripped clean of any novelty or surprise, what are the four boys from Baltimore County to do?

Centipede Hz, at a glance, is a perfect sort of record to follow up the massively adored MPP without going full pop or pulling a Lou Reed—how funny would it be if their next major LP was just marine biology sounds curated by Geologist? With liberal use of digital flanger just to dissuade any mouth-breathers from getting through it. But no, the AC bros are not vindictive, bitter, or even pissed of rock stars. They’ve always come off as very intelligent, but humble, and uninterested in running mouths or flaunting fragile egos. But Centipede Hz, mostly lyrically, is fraught with angst, confusion, doubt, disillusionment, and outright desperation. Feels and Merriweather were blindly intoxicated paeans to love, family, fatherhood, adulthood, the beauty of life and its opportunities. Centipede, like Strawberry Jam, Here Comes the Indian, Danse Manatee, and Spirit They’re Gone, is a panic attack on wax, 11 songs that sound like a mid-life crisis. There is no “My Girls” tentpole song, and your cunty cheerleader high school lockermate will not be enthused.

This is an album that demands and deserves dozens of listens to understand. The tempos are much faster, the melodies are longer, winding, and a lot less immediate. Upon first listen, Centipede Hz is a racket, with Avey Tare’s vocals mixed too high over sonics and sound effects and polyrhythms that morph every 12 bars. (Panda has the voice of an angel so I don’t mind having him all up in my face. Deakin’s one vocal, “Wide Eyed,” is their “Don’t Pass Me By”—not a slight, but, you know. Maybe Ben Allen wasn’t the best choice, but could you see these guys recording with Albini any time soon? This one might take some time, but the good news is there are still half a dozen killer cuts on first inspection—“Applesauce” in particular is a beautifully bizarre Avey tune in 6/8 with a catnip, marble-mouthed refrain of “And I feel like-a-little-honey-could-rooooollll!”  It has the sweetness and unique lilt of “Bluish” without the hypnotizing wet phased out guitar. Quality. “Rosie Oh” is a jaunty, discordant Panda number buoyed by a fantastically squirmy and pirate-like lead line by Deakin, whose guitar work makes a gracious and welcome return here after a four-year hiatus.

Perhaps the most disappointing thing I can think of right now is that “Crimson,” a regular closer of their Centipede preview set last year, was curiously left off the sequence, maybe to be released soon on a single a la “Honeycomb” b/w “Gotham.” “Crimson” has this broody kind of beginning, like a lot of these songs do, and searches for melody until the chorus, an explosion of relief, even resignation, the cup of coffee two days after your Merriweather ecstasy hangover has eased you off any suicidal thoughts. It’s a beautiful song, and one of the best they’ve ever done. Centipede closer “Amanita” is an okay upbeat number, but it’s not the pure bliss of “Brother Sport” “Derek,” or “Turn Into Something,” and next to “Crimson,” it’s wimpy. But we’ll hear that one soon enough.

Again, this one needs time. But we’ve avoided a Self Portrait or Metal Machine Music, not that anyone thought AC were that bitter about brain-dead rave kids singing their praises. Centipede Hz is a dense, chaotic affair, free of sing-along melodies or serotonin hooks, but the songwriting is still two steps ahead of everyone else in the game.