The Smashing Pumpkins’ frontman displays energy not seen since the 1990s. 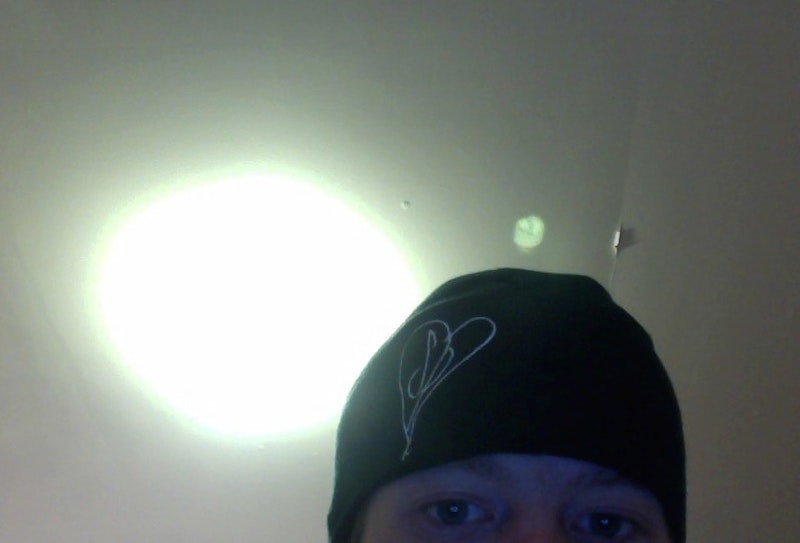 I don’t know many Billy Corgan fans, let alone people interested in his new records and seeing the Smashing Pumpkins live. My friend Jimmy is as much of a SP junkie as me, and, through work, he was able to score two spots on the label guest-list for the Pumpkins’ show at Webster Hall in Manhattan last night. Jimmy is the only person I can talk to about ephemera like the 666 Tapes, Mashed Potatoes, The Arising! Tour, SPFC.org, and the pros and cons of the Machina “storyline.” It made the four hours to New York and four back to Baltimore fly by, especially since he shared a ton of dirt and juicy hearsay that stayed in the car.

Eighteen years my senior, Jimmy experienced the Pumpkins in prime time. He was too young to see them at a Fells Point dive bar in 1991 but old enough to buy a copy of Gish being hawked by the record store across the street. He saw this show in 1993, where he remembers Corgan throwing a bouquet of flowers at D’arcy after the first song because she was playing so poorly; he saw them open with “Soma” at Lollapalooza and get pelted with hundreds of beer bottles for playing so limp and languid following the Beastie Boys, and how that same crowd stood in awe as if before a U.F.O. when the song exploded on that first A chord. I’m most jealous that he saw two of the legendary Mellon Collie pajama shows, three-hour half acoustic/half electric concerts held just days into 1996. On night one, he went in completely clear-headed and sober, taking notes and absorbing everything. On night two, it was mushrooms, Jagermeister, and cones of pot sucked down in the parking lot. He remembers Corgan coming out for the electric set and telling the crowd that the band was going to hurt and punish them. We both know way too much about Billy Corgan.

I’d never been to Webster Hall, but I spent a lot of my childhood going to the movie theater on the same block in Noho. After stopping in at Madame ZuZu’s pop-up tea shop a couple blocks away (in the same building pictured on the cover of Led Zeppelin’s Physical Graffiti) and considering an expensive Christmas ornament, we left with cups of tea that the cashier recommended for sore throats and bad coughs. Getting into Webster Hall was a breeze, and we walked upstairs to the VIP balcony shortly after doors opened at eight. Hardly anyone was there except a waiter and a bathroom attendant who called everyone “baby” and locked himself in the bathroom when it wasn’t being used. I could touch the overhead speakers and read the notes on Corgan’s pedalboard from that balcony—by nine, we’d been kicked out of the booth by the club’s owner so she could enjoy the primo view. A booth just to the right was still amazing, and at 9:30, the band (Pumpkins Mach2 staple Jeff Schroeder on guitar, Mark Stoermer of The Killers on bass, and Brad Wilk of Rage Against the Machine on drums) emerged, and a couple beats later, Corgan too, the closest I’d ever seen him in person.

Without saying a word, they ripped through “One and All” and “Being Beige,” the two best songs on Monuments to an Elegy, out today. As I wrote last week, the record is his best in over a decade, and without the compressed gloss and radio fetish of producer Howard Willing, all the new songs stand equally among classics like “Glass and the Ghost Children,” “Drown,” “Stand Inside Your Love,” and “Hummer.” This wasn’t the depressing Corgan moving through exhausted motions and making sour faces at his musically inept former drummer Mike Byrne. His body language and stage presence was just as passionate and engaging as it was at Rockpalast 1996, when the Pumpkins ruled the world.

Billy Corgan doesn’t want to rule the world anymore, and he’s not pissy, at least on stage. This lineup and set was about immediacy and raw power. Everything in my memory has felt like a cheap and unsuccessful ploy/plea to the audience to like him and accept him as their #1 Rock God again. Perhaps finally realizing his delusion, Corgan made a record bred for radio but still intimate and real. Opener “One and All” is an obvious if subconscious rip of his own riff, “The Viper,” a C-side that came and went during the Mellon Collie sessions. Still, seeing the man in person and watching shitty iPhone videos on YouTube are obviously not the same, but it’d been a while, and Mike Byrne was such a shitty drummer that those first three shows I saw in 2010, 2011, and 2012 barely count compared to last night at Webster Hall.

In the middle of “Hummer,” security tapped on our shoulders and told us to leave the balcony to make way for the reserved guest, Dylan Baker, a character actor perhaps most famous for playing a pedophile dad in Todd Solondz’s wonderful movie Happiness. As we watched “Tonight, Tonight” on a screen above us, unable to see the stage, the woman next to me cried in frustration, cursing the Baker table for missing the performance of her wedding song. We waited until Baker arrived with a whole posse of boys and men, looking like a super creep. Slinking our way through the sold-out crowd downstairs, we watched Corgan perform like he hasn’t in years: constantly moving fluidly, gyrating and posing like the Rock God he is and always will be. The set was under two hours, half the new record, a couple of deep cuts, and those hits I’d wish he’d put into a box underneath my bed (“Disarm,” “Bullet with Butterfly Wings”).

Seeing Corgan in person, especially when his body language and messaging was just as intense as it was in 1996, is hypnotizing. I was beaming the whole show, and immediately after the encore, “Burnt Orange-Black” (a shameless musical retread of “Porcelina”), I made it to the merch table before the crush, and bought a black beanie with the SP heart on it, the only time I’ve ever gotten something at a Pumpkins show. Last night was the 34th anniversary of John Lennon’s assassination, and Jimmy had never been to the Dakota so he suggested we go check it out, as well as the Strawberry Fields area right across the street in Central Park. I wasn’t expecting anyone to be there that late, close to midnight, having read that barely anyone shows up anymore.

We could hear them singing from the Dakota. We walked through the park, protected by a police barricade, and approached the circle as a man with a mohawk led the group in a sing-a-long of “Here Comes the Sun,” “Because,” and the entire Abbey Road medley (which is the only Beatles record that I can’t fucking stand), so I just closed my eyes and burnt off excess adrenaline from the show and the thrill of seeing old places: my family passed the Dakota on the way to elementary school almost every day. “How about ‘Imagine’? I haven’t heard that in 10 minutes” said the old prospector-type playing guitar in the middle. We sang “If I Fell,” and left early to beat what became a white-knuckle drive home through the rain, fighting off sleep deprivation.

I was surprised Corgan, a huge Beatles fan, made no mention of Lennon or the anniversary of his passing (they did play an excellent cover of Bowie’s “Fame,” which Lennon wrote the riff for), and I half-expected him to saunter over to Strawberry Fields. Jimmy and I talked about how Prince and Corgan’s massive body of work and their prickly personalities will only be appreciated and hashed out when they’re both gone. Freshmen in high school today are just as likely to wear a Nirvana t-shirt as a Beatles t-shirt because it’s a rite of passage for a certain age: Corgan and Prince are not common fodder for discussion, despite their huge popularity, rack of hits, and decades of success. I looked at the circle of candles, flowers, empty bottles of alcohol surrounding a lone copy of Lennon’s White Album photograph, and thought how sad it is to be just an idea that’s owned by the public.

Corgan, I’ve always maintained, will have a late-life career renaissance like Dylan, and the press will come around to fully appreciate the only John Lennon-level figure to emerge out of, and survive, Generation X. Before we got kicked off the balcony, Corgan looked up and caught the astonished and ecstatic look on my face and smiled too, and after the last encore, down in the crush of the floor, I waved and he smiled again back at me. I don’t know what I’d say if I met him, but I’m convinced that it wouldn’t ruin my experience of the music. Corgan is in high spirits these days, and nearly 50, it’s remarkable how powerful and passionate he sounded. Thank God he’s still alive and not just a picture surrounded by candles. What could be worse?