The rapper Slug has put together a body of writing unprecedented in the history of music. 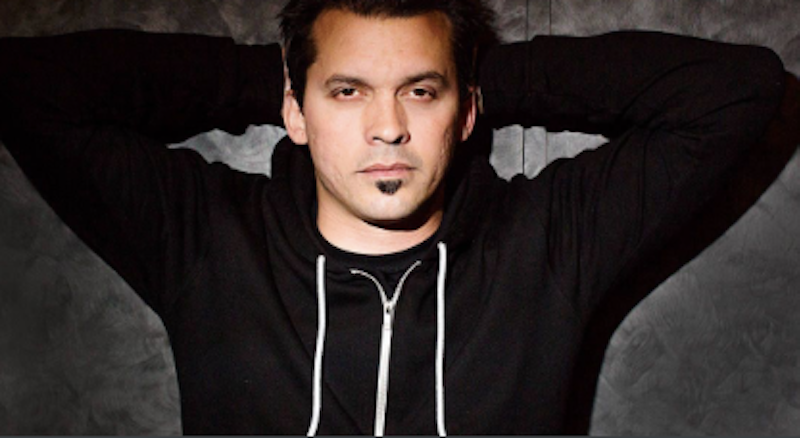 Hip-hop is the most textual of all musical forms; it's got the most words to work with. It opens up many possibilities for presenting stories, sermons, insults, lists, and political speeches; horror or love stories, memoirs, science fiction. One of the few precedents I can think of is the recitative in opera, but opera libretti are rarely appreciated for their own sake or treated as literature. A lot of hip-hop could be. The fairly loquacious Bob Dylan gets a few hundred words per song. The excellent recent album by the hip-hop duo Atmosphere, titled Word?, probably has as many words to work with in 14 cuts as Dylan has produced in his whole career.

Atmosphere consists of the rapper/writer Slug (Sean Daley) and DJ/producer Ant (Anthony Davis). Emerging in Minneapolis' rich underground hip-hop scene in the late-1990s and early-2000s, they were central to that style and helped drive it (listen to Brother Ali, for example). Around 2000, they were knocking out some of the best hip-hop ever made, songs like "God Loves Ugly" and "Scapegoat." I remember the first time I pressed “play” on the former. It took a little while to catch up as Slug, in his clear and acrobatic enunciation, threw out lines like "Atmosphere, it's just a ten-letter word. Discretion is the name of my cement-feathered burden."

I counted the letters in “discretion”: also 10. I was officially a nerd. It didn't take much effort to get the point of "Scapegoat." I can reproduce the lyrics fairly accurately from memory, I bet:

It's the caffeine, the nicotine, the milligrams of tar
It's my habitat, it needs to be cleaned, it's my car
It's the fast talk they use to abuse and feed my brain
It's the cat box it needs to be changed, it's the pain
It's women, it's the fight for power, it's government
It's the way you're giving knowledge
slow with thought control and subtle hints
It's rubbing it, It's itching it, It's applying cream
It's the foreigners sight-seeing with high beams, it's in my dreams.

The writing struck me as brilliant, and it was very consciously crafted. Slug was as liable to rap about pens and notebooks as anything, which is where he really lives. In the course of the last 25 years Slug has poured out a couple of hundred personal essays on albums, EPs and singles, amounting to a continuing real-time memoir. The authorship takes him from kid with a drinking problem who's trying to impress girls to a father of teenagers; it takes him through relationships, addictions, conflicts. But the real scene of the art is in Slug's head; it's a long self-exploration. It's often very funny as well, and political. He was rapping about cops with their knees on black men's necks in Minneapolis before George Floyd.

white trash with a fraction of blackness.

I've never been a victim of police harassment.

I know what they see when they see job absent:

He writes like a novelist. I don't think there's a comparable body of work in the history of music. And he's done it over Ant's varied and absorbing beats, which were at first assembled out of obscure samples and have featured more and more live performance as time's gone on.

Ant brings in everything from jazz to country, soul, gospel, metal, reggae, usually underpinning it with a foursquare hip-hop beat. The sound seems refreshed every time out; Ant is unpredictable. But the basic references are always to classic hip-hop, especially Dr. Dre's melodic gangsta lope. The tracks are absorbing rather than confrontational. Meanwhile Slug's rapping calls to mind early Ice Cube, with hints of Eminem: he wants each word to ring clear, and wants you to hear it in his own voice, without effects.

I'm a bit relieved to receive Word?, which I've been listening to continuously; I was disappointed by 2020's The Day Before Halloween. (If you're downloading later albums, I particularly recommend Fishing Blues and Mi Vida Localas well as the new one). Atmosphere has settled into an album-a-year rhythm, probably because Slug's favorite activity (after parenting) is writing; he just keeps adding substantial works to the oeuvre, pouring out words, but also, as Zora Neale Hurston put it, buffing them with a fine cloth.

When they test you, are you going to pass or fail?

Got lost in your face like I'm following acid trails.

She tried to call me when she got outta jail
It rang forever and ever, went to the voicemail
This goes to all my birdies out in Albuquerque
Don't ever let 'em put the thermometer in your turkey
Raw like Neneh Cherry and Eddie Murphy
If your posse's full of outlaws, you might be my attorney
I wear my sunglasses at the airport
I'm horizontal on the carpeted floor by the food court
But my shoes are clean, neither are missing
A player wakes up before he dreams about pissing.

It's as good a time as any to take stock of this now-vast body of work, before it gets any more out of hand. So here's a playlist. I'm aware that it's 35 songs long. This was a cut-down from 70 of my favorites. Every elimination after about 50 was a wrench. In approximate chronological order.

Party for the Fight to Write

Trying to Find a Balance

Always Coming Back Home to You

Let Me Know That You Know What You Want Now