The Web used to be something anarchist hippies did in yurts. 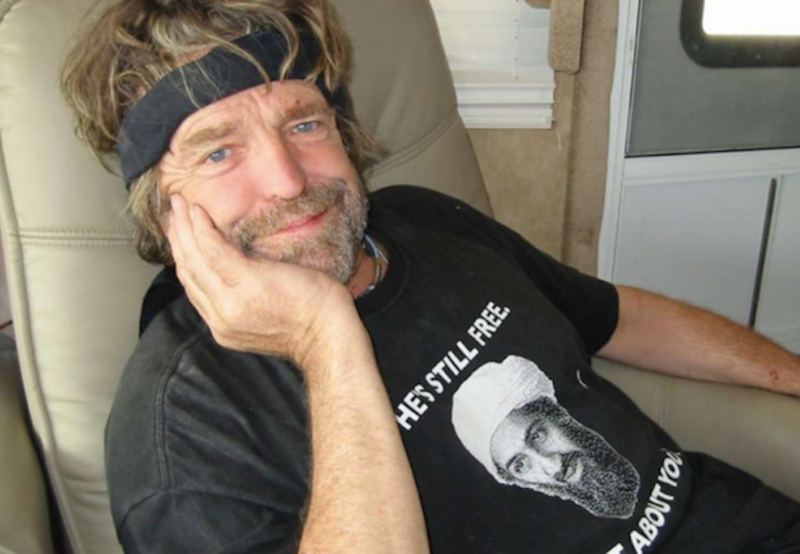 Brother Aiden, my fellow inmate at our Benedict Option community here in the opioid-blasted expanses of rural Indiana, has a thing for the Grateful Dead. This has a certain logic to it—after all, they don’t call us back-to-the-land paleoconservative types “crunchy cons” for nothing. I’m not a big fan of the Dead—Palestrina and the later Stravinsky are more to my tooth—but once in a while some tune catches my ear as it spirals out from Aiden’s “boombox” in the outbuilding where he repairs our wooden buckets, and I must admit that the music of that sickly, unsightly, fungal crew of Marin County aquarians has its moments (which, even I know, tend to be scattered throughout their live bootlegs, and are almost totally absent from their stiff studio recordings).

At any rate, last week, in walking by Aiden at his work, I was arrested by an affecting Dead song with which I wasn’t familiar. It turned out to be, Aiden informed me, “Estimated Prophet,” written by Bob Weir and his lyricist partner John Perry Barlow.

John Perry Barlow! Now there was a name from the past, and one that used to be “top of mind” for me. And not because Barlow helped write many of the Grateful Dead’s better songs (the band’s Weir/Barlow songs were its best, far superior to those that the endomorph Jerry Garcia produced), but because he was a leading light, and publicist for, and ideologist of, the early Internet, back in the 1990s.

Twenty-five years or so is a long enough period of time, but it seems longer in this case given the changes we’ve all seen—particularly the change that has seen the Internet transform from an enabling mechanism for the creation of human community and the establishment of an essentially anarchistic model of decentralized social organization into what it is now: a psychotic machine that a monolithic regime deploys to censor, repress, indoctrinate, punish, humiliate, destroy, and control. I doubt anyone under 40 will believe that to open a magazine like Wired in, say, 1997 was to enter a world in which “logging on” was something that one did in a solar-powered yurt amidst eucalyptus groves, the better to establish salubrious communications with cheerful potential comrades in “chatrooms” and plan the devolution of neo-liberalism into some vaguely defined eco-friendly techno-utopia.

Nor will people under 40 believe that people like Barlow could’ve chanted the slogans they did back then. “Information wants to be free.” “Technology isn’t neutral, it’s an absolute, unambiguous good.” Do you remember that? I remember it in the same way that the miserable old semi-slave of a horse in Orwell’s Animal Farm, his senses dimming, at book’s end vaguely remembers the liberatory slogans of the beasts’ first, brief, revolutionary period, before everything went to hell.

Anyway, John Perry Barlow expired in 2018. This quintessential American romantic, a pure product of at least two quintessentially American California-based romantic movements, the hippie movement and the techno-utopian anarcho-libertarian movement, thus, like Orwell’s wretched horse, lived long enough to see his dreams curdle. Although I wonder if he did see, if he noticed at all—or whether, up there in his inevitable high-tech carbon-neutral sustainable compound among the fragrant pines of, perhaps, Stinson Beach, he sufficiently dulled his senses with yoga, meditation, Zen chanting, and high-grade marijuana that he didn’t notice the nastiness forming all around him.

Yet life retains its zest even in our dire moment! Listening to Dead “deep cuts” together, Aiden and I resolved to take up again our amateur music-making. I’ve dug out my Holy Modal Rounder LPs from storage for inspiration and have ordered new strings for my lute. Aiden, for his part, has oiled his Jew’s harp and commandeered one of Mother’s old washboards for rhythmic exploitation.

Let us raise our voices to the Lord in song!