The Golden Age of Hip-Hop 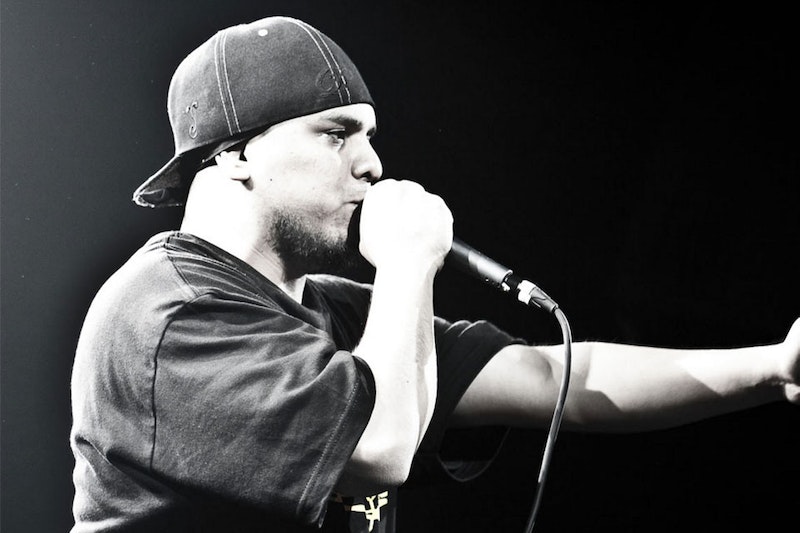 At 40 years old or so, hip-hop has already lasted longer as a viable, developing form than swing, blues, or rock 'n’ roll (1955-'90ish) for example. It’s in a period of aesthetic and commercial potency right now, and it has had several great periods in the past, especially the early-1980s (Run DMC, Doug E. Fresh, Whodini, Fat Boys) when it first emerged as a national and international popular form, and the early-'90s (Tribe Called Quest and Wu-Tang, Dre and Snoop, Tupac and Biggie), when it achieved its mature production and verbal styles.

Another golden age, I think, was the “underground” hip-hop phase of the early-2000s. There was widespread dissatisfaction with the commercial hop-hop of the period, among other things for its abandonment of the political themes explored by progenitors like Public Enemy and KRS-One. The most talented MC's found no place on the pop charts or the major labels, and often didn't want one. A roiling, almost anti-commercial scene of radical or just eccentric artists emerged in different pockets all over the country: Minneapolis and Boston, for example, as well as traditional hip-hop hotbeds like New York, Philly, and the Bay Area.

One key was that excellent production became less expensive during the era, and a relatively small budget with an excellent DJ/producer (Green Lantern, Ant, Stoupe the Enemy of Mankind) could generate complex tracks and great records. The slogan was "take hip-hop back," from the multinational record companies and from what the people in the underground scene regarded as the sold-out and watered-down pop-hop of the period. Without the commercial pressures, or in defiance of them, the underground artists spoke freely.

Artists such as Immortal Technique (Harlem/Peru), Self-Scientific (LA), and Dead Prez (NYC) revived the Black Nationalism of PE, and generated a sophisticated critique of American and world politics in the era of 9/11, the Iraq War, and Dick Cheney. Tech may also be the best sheer rapper who ever recorded: an incredible bilingual verbal gymnast, constantly transgressive, with both great political sophistication and a weakness for conspiracy theories.

These artists also expanded the themes and moods of hip-hop dramatically, constructing elaborate narratives, or going radically confessional. It's probably best to think of hip-hop as a genre of literature as well as music, and no musical form with the exception of opera has more text. UHH explored the capacities of the form for all its documentary, novelistic, autobiographical, polemical, and poetic possibilities.

Underground hip-hop of the early-2000s, as well, was a thoroughly multi-racial/multi-ethnic form. Great artists might be black (Murs), white (Atmosphere), or both and neither (Brother Ali). People were conscious of the cultural appropriation occurring in various directions, but they refused to let the form segregate; they checked each other, but also collaborated.

At this point, I think that rap, like rock circa 1970, is a common language that approximately all the kids in the world grow up with, and it’s a language which nobody owns; it has also been thoroughly internalized by almost every form of music, including country and jazz. Perhaps the form has re-segregated in recent years, or there is a renewed insistence that hip-hop is an African-American genre. That's why people make fun of Macklemore, or it's one reason, anyway. But Macklemore is one thing; Vinnie Paz (of Jedi Mind Tricks) is something else again.

That's something that makes the alliances and even the arguments of the underground era seem almost utopian (though they didn't achieve any sort of gender balance). But many of these artists are still making great records (Atmosphere's amazing "Fishing Blues" from 2016, e.g.), and their politics, their personal narratives, and their beats have been decisive influences on today's commercial artists. I don't think you get to figures like Kid Cudi or Kendrick Lamar without this material.

Perhaps there's less urgency right now to "take hip-hop back." But that's because these artists succeeded in doing so.

This playlist is the tip of an Iceberg.

—Awkwafina (Brooklyn), "My Vag" (outside temporal parameters, but don't miss it)

—Necro feat. Vinnie Paz and Immortal Technique, " Take Hip Hop Back" (a sort of retrospective of the movement)