Drum's Not Dead: A Buried Milestone

The music found itself somewhere in the middle of manic and mellow. 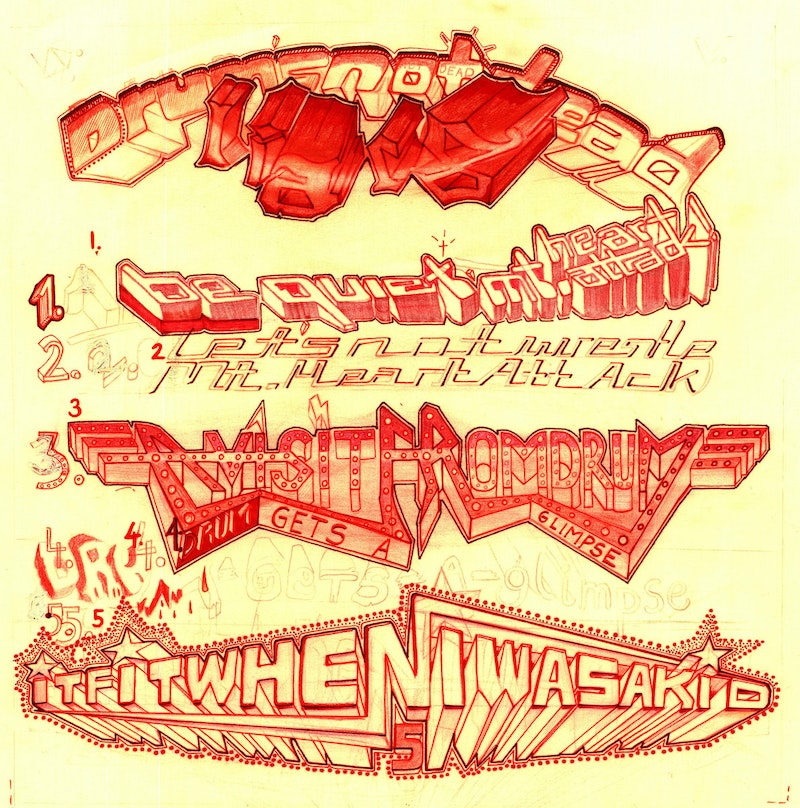 The first time I heard Drums Not Dead by Liars was coincidentally also the first time I heard of Liars. I was 16 or 17, in the prime of understanding the culture of the art and music buried in the underground and feeling ultimately foreign to this newfound quest for experimentation. During this foundational period, there were a couple of albums that made a lasting impression. Spirit They've Gone, Spirit They've Vanished by Animal Collective was a big one. A I A: Alien Observer by Grouper was another. Replica by OneOhTrix Point Never. Microcastle by Deerhunter. Bromst by Dan Deacon.

And there's Drum's Not Dead by Liars. I’d heard songs by Liars before, and while I enjoyed the dance funk noise grit of their early work, I didn't fully absorb the range of their sound. Drum's Not Dead changed my perception of the “post-punk revival” band formed in Brooklyn in 2000. The way in which space and time is used to create a drug-induced and foggy atmosphere was immediately conveyed and slammed against my skull. The weird electronic clicks, spaced-out ticks, eerie falsetto vocals, and faraway sounds of violins and harmonicas, splashed in natural reverb, brought me inside the world of this 47-minute masterpiece.

Released in February 2006 on Mute Records, Drum's Not Dead was recorded in Berlin and released with three video companions. The concept was to have two fictional characters, Drum and Mt. Heart Attack, who were opposite of one another. Drum’s confident, productive, and vigorous in his endeavors. Conversely, Mt. Heart Attack is timid, doubtful, and hard on oneself. With this blueprint in mind, the music found itself somewhere in the middle of manic and mellow. Moments of drone ascend through like patterns of stars in the night, followed by poundings of distorted tribal drums, often manipulated by reverb and pitch effects.

As the story goes, an entire record-length alternative album was recorded before the official release of Drum's Not Dead; however, it was scrapped due to the band’s consensus that something better could be made. Drum's Not Dead is a feat few modern rock bands achieve. An artistic exploration of sound as atmosphere, drifting from their respected dance-noise punk reputation the band had landed from their earlier releases (which are all excellent in their own right). Drum's Not Dead is a story of experimentation, of leaping over boundaries for the sake of moving forward.