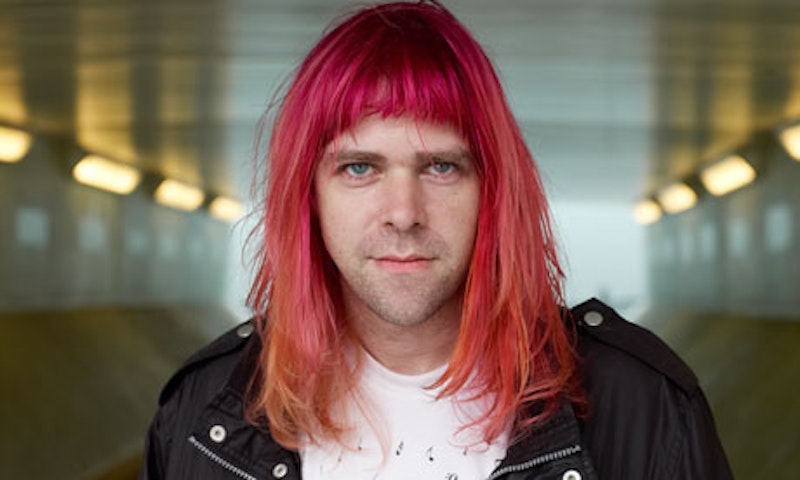 Ariel Pink’s recent success is confusing. How did an introverted pop savant closer to Daniel Johnston than MGMT become the progenitor of an entire musical landscape? The abundance of tongue-in-cheek 1970s/80s pastiche bands is nauseating these days—everyone is enamored with the sounds of new wave, soft rock, cheese jazz, and whiteboy funk. Ours is a generation of re-organization and assimilation, and Ariel’s guiding songwriting principle—the future is in the past, fuzzy pastiche of 50 years of pop that still sounds like no one else—has been horrifyingly co-opted by a sea of eager and utterly thick karaoke fools who hear a water-logged organ sound or see the blurry, super-saturated Polaroid aesthetic and think that’s all there is to it. Ariel Pink is a genius in the same way as Johnston, Jandek, Eric Copeland, and Wesley Willis: the music they make couldn’t come from anyone else, and it’s painfully obvious when people try and fail.

With the glossy compilation re-recording Before Today in 2010, Pink went from being an arty curio loosely associated with Animal Collective to a cultural godfather. With no future in sight, people started looking into the past for comfort. Instagram, chillwave, foggy pastiche: Pink predicted it all. The thing is, none of this stuff matters. Pretty much every artist spawned by Pink or chillwave has been awful, and even if he foresaw navel gazing nostalgia, no one really cares—most people who use Instagram have no idea who he is. Ariel Pink can still produce better songs than almost any of his peers. In the past month I’ve been listening to his latest, Mature Themes, practically non-stop. Every song is a treasure, a filler-less LP (a first for Pink, who wrote an entire album of new material rather than picking and choosing old favorites for the first time in years) that skips and rejiggers hundreds of influences until there’s no discernible lineage at all—what remains, confoundingly, is the future of pop music: filled to the brim with so many influences and reference points that it ceases to be anybody’s descendent.

Most of the songs on Mature Themes utilize common, even standard chord progressions and vocal lines (“Schnitzel Boogie” sounds like a nursery rhyme I can’t quite place, “Kinski Assassin” sounds like Zappa one day, Strawberry Alarm Clock the other, Bowie the next; “Symphony of the Nymph” is vaguely Blondie), but his work remains completely inscrutable and straight up fucking weird. In this live performance of “Kinski Assassin," he looks and acts like a total head case while hitting every mark. Why does it matter? Ariel Pink is a classic pop songwriter, he makes songs that are a revelation upon first listen and sustain themselves well after 100+ plays. For lack of a better word, there’s magic in his music, totally infectious pop genius that hits you right in the heart and makes you reconsider whatever you’re doing. “Only in My Dreams” might be his best song yet, a gorgeous, resplendent ode to polyamory, supported by a masterful music video. In lesser hands the song would’ve sounded like the work of a bad bar band, through Ariel’s eyes, there’s a jagged sadness and creepiness cooked into the shimmering backup vocals and the melancholy walking guitar line. With years of lonely, introverted time spent toiling away on an eight track and playing by himself, Pink did what so many say is impossible today, 50 years after the Beatles: he honed a new sound and a new image within pop music that sounds like everything else and simultaneously sounds like nothing at all. He’s an old-fashioned careerist (eager to self-promote and play up a crowd-pleasing hit single, 2010’s “Round and Round”) but an alienating, sometimes petulant weirdo seemingly intent on burning off his fanbase by performing like a stoned mental patient on stage (see the above video), singing off-key and goofy when he feels like it. Frankly, I like my pop geniuses to be a little demented, especially these days when the mystery is gone and you can read about the breakfast your favorite band had on Twitter. And it helps if they’re uniquely talented like Pink at writing a lovely, straightforward song. The rest is dressing.