It’s one thing to listen to somebody’s CD versus going to a live concert. 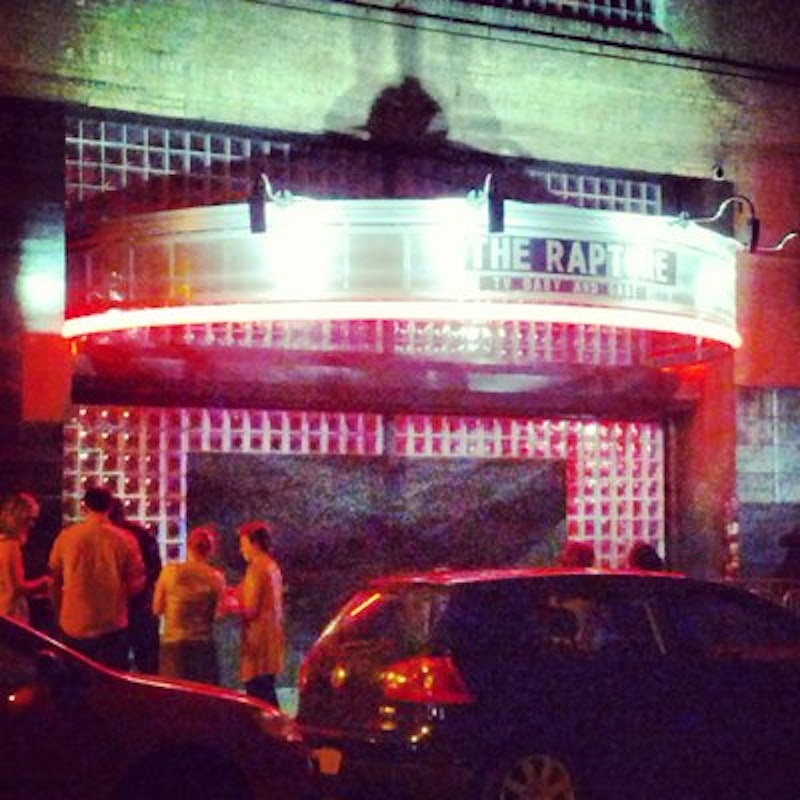 One of the great things about living in North Brooklyn is being walking distance to great live music venues. Last weekend I saw DFA Records dance punk outfit The Rapture at the Music Hall of Williamsburg, which, okay, isn’t the most amazing place to see music, but the drinks are cheap and you might dance next to an awesome hipster you want to take home that night! Anyway, The Rapture clocks in as one of my favorite bands of all time, and I was so excited for this concert. Like The Strokes, The Rapture is also a quintessential New York band—even though they are not from New York. Their sound has a way of seamlessly combining rock ‘n’ roll, dirty disco and punk into one glorious package that is guaranteed to get you moving, and in many ways was the sound of the underground in the early 2000s.

As soon as I heard they were playing the Music Hall I jumped to my computer the day tickets went on sale and had my browsers pointed at the Ticketmaster website at exactly 11:58 a.m., continuously refreshing the page until noon, then jumping on them right away because it’s The Rapture and concerts like that in New York always sell out in less than five minutes.

My only worry was that my favorite band would disappoint.

It’s one thing to listen to somebody’s CD versus going to a live concert. When you’re an avid fan of any band or pop singer, seeing a live show means you accept the risk of being really let down. You’ve spent so much time grooving to all the beats, learning all the lyrics. But along the way, you forget that recorded music is music in an idealized form, where all the mistakes have been auto-tuned or buffered away or photoshopped or cropped out. The worst thing ever is when you realize right on the floor of the concert venue that your chosen diva/pop star/crooner is actually awful live.

The time I saw Lady Gaga in concert at Madison Square Garden, a concert I was super excited about, she wasn’t awful, per se, but what impressed me, or really what I wanted to see, had virtually nothing to do with Gaga alone. I went to see her for the entire spectacle, to feed off of her star power. You know the drill—she had dancers and wigs and sets and look changes and balloons and glow sticks—the whole thing was a big production. It wasn’t bad, but I don’t necessarily feel like I must rush/pay a lot to go to another Lady Gaga concert again soon.

I didn’t come away from Gaga’s concert liking her less, but my desire to see her live is satiated. I worried about this as I waited on The Rapture to come on stage, sipping my cranberry juice on the rocks with a splash of lime. Would I be disappointed? Would it suck? On the floor of the venue, everybody’s talking about fashion week and the shows they went to and the floor fills up gradually and it gets so packed I’m pissed about how much room I’m going to have to dance (virtually none, #annoying).

Luke Jenner, the emo-voiced lead singer of the band who grew up cool with hippie parents and who has recently come to Jesus—no, seriously—comes on stage and opens the concert with “Sail Away,” the first track on their latest LP In the Grace of Your Love. I’m floored that he sounds exactly the way he does on the CD, just as light and airy and high pitched as ever. This song’s not as aggressive and dance-y as “Get Myself Into It,” but it sure does the trick: it revs the audience up and introduces the gradual crescendo that will control the vibe over the course of the night. The floor, once still, comes to life and bounces and heads bob and bodies groove, and the floor itself is squeaking and you can hear people stomp. There’s no longer any room to dance—I can barely contain myself—and each song makes me want to dance harder and harder. Everybody is going nuts.

As the band plays through their song catalog, making sure to serve us all their hits—”House of Jealous Lovers,” “Whoo! Alright-Yeah...Uh huh,” “Get Myself Into It,”—I’m increasingly impressed by their skill, their live musicianship. This is a concert about music, not a concert about playing to or coddling an audience. We don’t need any of that here. Jenner, with his moppy brown hair, doesn’t really talk to us at all. The keyboards add that DFA sound and the drums feel urgent and force your body into convulsions.

The point of live concerts of any kind is to sell songs to your fans—even if and maybe especially if they already know them. You want them to start to like the songs they skip over on the record, and you want them to rediscover their favorite joints all over again.

Since I first heard “How Deep Is Your Love?,” a tune that tells you everything you need to know about The Rapture, it has been my favorite song not just of theirs, but period. The opening claps and keyboard chords remind me of “45:33” by LCD Soundsystem, that 45-minute long continuous mix that summarizes the DFA sound. I knew they were going to play “How Deep Is Your Love?” at the concert, and I knew it would be the last song. I couldn’t wait. I also knew I was going to go off when it came on—it’s definitely an “Oh, I have to put my drink down for this” kind of joint.

But it wasn’t as good live as it is recorded. Something felt flat, maybe they were tired, maybe it’s because I’ve played the song a million times already. Anyway, I didn’t let myself feel too disappointed, because the rest of the concert was really like going to indie-electronic, dance-punk church. I got sanctified!