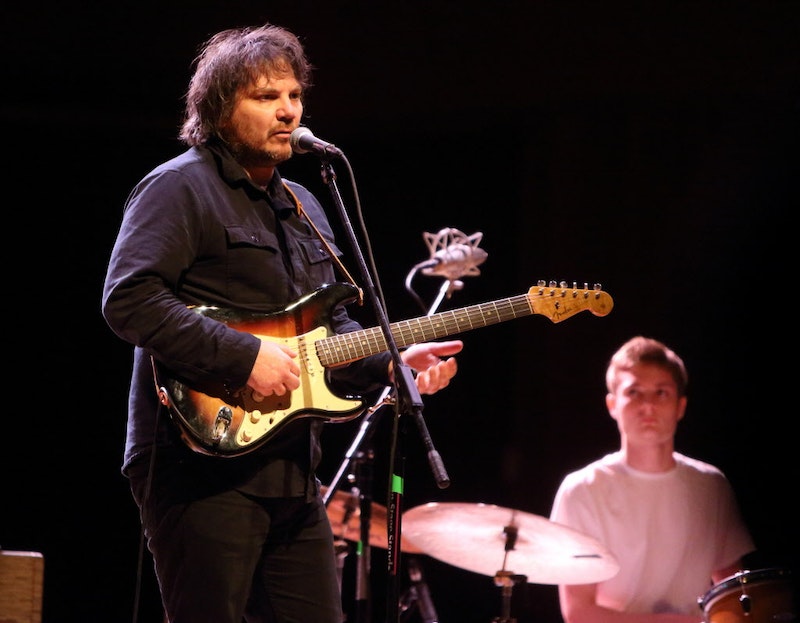 I can’t remember a time when I felt “cheated out of my money” by a bad show. Lots of people feel this way at nearly every concert, and they make it loud and clear. Usually it has to do with the set list—“They didn’t play hit x, hit y, or deep cut z.” The pretty boy is fat, the singer can’t sing anymore. Artists will invariably face this problem—a good one to have—if they’re lucky enough to have a multi-decade career. The larger the catalogue, the harder it is to satisfy everyone, and once you’re three or four albums deep, it’s basically impossible. So at any show where you’re paying more than 30 or 40 bucks, once seats become involved, you get people who don’t know your music, and if you don’t do your “Satisfaction,” you’re robbing them blind. It’s an automatic assumption that usually makes artists feel marginalized and imprisoned by whatever song or record connected with the most people, making some of them act in wildly irrational ways, but most of them play the hits or around the hits with a resigned dignity. Like I said, what a great problem to have. Anyway, I think every fan has that instinct in them, and even if you’re firmly on the side of investing in whatever the artist wants to do onstage, you can’t help but feel the void of disappointment after a long-awaited show where you didn’t hear the one.

When I saw that Jeff Tweedy, leader singer/songwriter of Wilco, was playing just a few blocks away at the Meyerhoff Symphony Hall in Baltimore, I thought it was an easy sell. Yankee Hotel Foxtrot, A Ghost is Born, and Summerteeth are great records that I still play regularly. They lost me at Sky Blue Sky in 2007, and I’ve never dug their first two, so my devotion has its limits, I suppose. More of a Jim O’Rourke fan than anything. The sparseness of his mixing on Yankee and Ghost, and the alternately melancholy and abrasive soundscapes made Tweedy’s otherwise dull folk songs into vivid and stark emotional collages, pushing the folk song into the 21st century. I don’t think my tunnel vision with Wilco is unique, and maybe I’m not the best source, but man, did this show really suck. The tour was advertised as Jeff Tweedy, solo. Last week came the announcement of a new solo album in the fall with his son on drums, called Sukirae, and that they would be on the tour too, playing new material “alongside the old stuff.” Common practice, but not advertising the tour as what it was is a total asshole move, inconsiderate and cynical, because Tweedy knows full well he wouldn’t have been able to book halls like the Meyerhoff—undersold as it was—testing out new songs that sound like they were banged out in an afternoon.

Spencer Tweedy, 18, is a fine drummer, and players Darin Gray, Jim Elkington, and Liam Cunningham are great musicians, but they’re playing Tweedy’s lifeless tunes so it doesn’t really matter. They ran through the entire record first, and the material was so punishingly polyester and mediocre that I zoned out, and by the time Tweedy was alone on stage with an acoustic guitar playing his “hits”—“I Am Trying to Break Your Heart,” “Jesus, etc.,” “I’m the Man Who Loves You,” and my favorite “Kamera”—I couldn’t tune back in. It was like going under musical anesthesia and coming out dazed and drained of color and passion. The vibe of the room didn’t help—bored and distracted middle-aged people who looked like they were forced to be there. It smelled like methane and booze by the businessmen checking their Klout scores next to me. It felt like a political convention, or a corporate gig. Maybe that’s just the general tenor of Wilco fans.

In any case, Tweedy managed to butcher the classics too, changing chord progressions around that needed no revision, and shredding his voice in a high, harsh wail on songs recorded with a cool gruff whisper. “At Least That’s What You Said” was beautiful and Tweedy managed to capture the chaos of the guitar-solo-driven song with some deft fingerpicking. But his banter revealed how little of a shit he gives what his fans think, how little he thinks of them, and how springing something like this on people who had paid for something else months ago is no big deal. I’ve never felt this way before, but I felt cheated by a guy who acted like a reluctant king holding court, and also a bitter also-ran, when he sarcastically talked about the benefits of “never having had a hit song.” The room felt peeved but resigned to the new stuff, and happily came along and forgave whatever misgivings they had after the all-too-brief second set. Maybe I just can’t get with Tweedy’s square Americana retreads and lack of passion and new ideas. Go make your solo record, tour on it, but you’re a sneaky and insecure dick for not making plans clear until last week.