"The King of Limbs is not only Radiohead's best album in 10 years, it further sets in stone their status as one of our last great living rock bands." 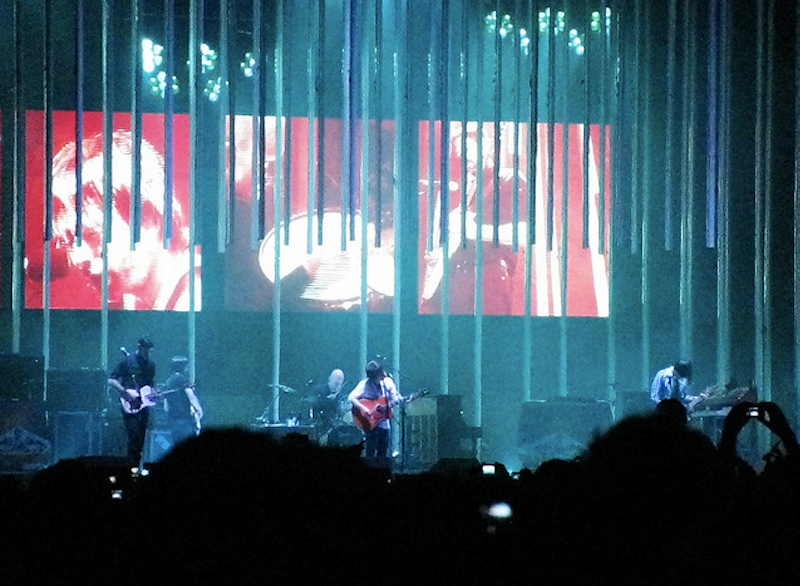 Whereas their 1990s contemporaries have either dissolved or lapsed into post-money-grubbing-reunion stagnation, Radiohead’s five original members have accomplished the exceptional by remaining vital and inventive two decades into their career. Those bored by In Rainbows, an OK Computer retread, have reason for excitement: The King of Limbs is richly textured and carefully produced experimental rock record that feels very much in the spirit of Kid A and Amnesiac.

In Rainbows plodded modestly along, but it felt insubstantial, even compared to Hail to the Thief, a too-often maligned record that lacks stylistic continuity but boasts a number of the band's best songs. In Rainbows was thick with ballads and stripped-bare arrangements; red-letter songs like "Up on the Ladder," "Down is the New Up," and "Last Flowers" were relegated to a bonus disc in an expensive deluxe package. Personally, I’d written them off: after waiting eagerly for four years, In Rainbows was just such a crushing disappointment, it felt like a band going nowhere, stuck in the sounds of the past. It sounds like a live record, one that isn't aided by spontaneity and urgency, and feels naked and unfinished, skeletal. The King of Limbs is just the opposite: songs are not identified by solitary guitar or piano hooks but by a rich tapestry of kraut beats, synth flourishes, hypnotic guitar parts, and manipulated vocals. The influence of artists like Flying Lotus and The Field is obvious throughout the record, and though several songs, like "Lotus Flower" and "Feral," recall Thom Yorke's solo album The Eraser, this feels like a marked new direction for a band that appeared to be getting too comfortable.

I can't help but think of David Bowie's 1975 record Young Americans, a set of blue-eyed soul songs that marked a definitive shift from the glam rock of his early career. Response was similarly mixed at the time, and then the complaint was also "It wasn't what I expected at all." Radiohead fans love to tout the "progressive" nature of their favorite band, but naturally tense up when confronted with the results of that attitude. The King of Limbs is a driving, intricately rhythmic record, but it may not pop melodically immediately with the In Rainbows/OK Computer cadre. Like Kid A, this is a cohesive statement that will only get better with time, and if rumors are true, we may get another one later this year. But I'm good: songs like "Separator" and "Little By Little" are already enshrined in my mind as Radiohead classics, and it's very comforting to know this band hasn't burned out yet.