Everything At Its Right Price-Point 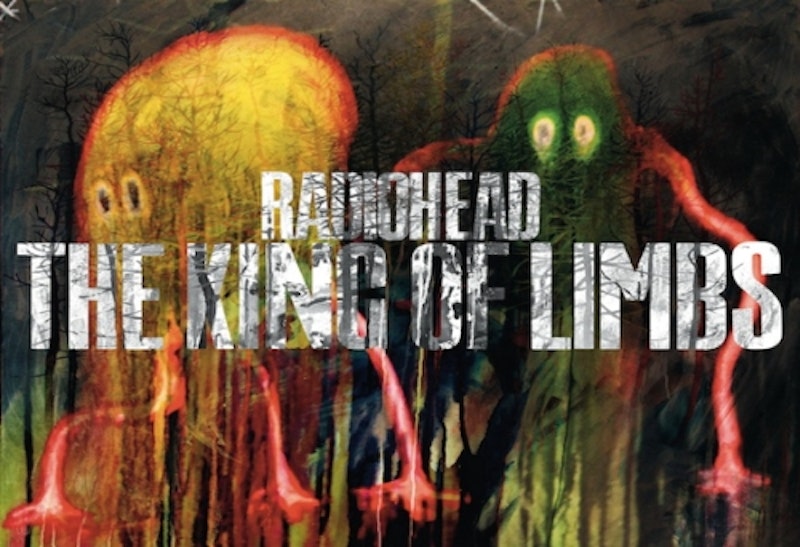 The Phone Booth Edition delivers exactly what its name promises: a vintage English Doctor Who-style telephone booth. The listener enters the booth, punches in an as-yet-undermined series of numbers, and aurally imbibes the bewitching, patriarchy-smashing strains of The King of Limbs via a clunky, antiquated receiver.

Available only in fire engine red, this edition is the ultimate conversation piece, assuming that you have space for it in the parlor, recreation room, or guesthouse, and your guests are serious enough Radiohead aficionados to not have you committed upon arrival.

This sells for $11,876.99 American, not including shipping and handling. Rumor has it that a satirical, Stanley Donwood-designed Ubermensch costume—modeled after the iconic Superman tights-and-cape ensemble—is cached in the ceiling panel with a DVD copy of Phone Booth, starring a young Colin Farrell. Alternate album formats are not included.

Radiohead neither confirms nor denies that the booth is bugged. The Phone Booth Edition is available in a limited edition of five.

The From The Mouths Of Babyshambles Edition

The From The Mouths Of Babyshambles Edition runs $20 American. Indecipherably signed by the children of Radiohead band members and addled rock gadabout Pete Doherty—who lost a high-stakes horse racing bet with Thom Yorke and suggested this as a means of settling the debt—this edition is otherwise indistinguishable from the retail compact-disc version, if of marginally more value to collectors and music historians.

Meager even by college-dorm roommate bootlegging standards, The Hook-A-Hominem-Up Edition is breathtakingly Spartan in terms of presentation and packaging. It consists of a scuffed, Memorex CD-R copy of Limbs with a Sharpied notation that reads KOL Radiohad (sic) 2011, encased in used a Ziploc baggie, and will set the casual Radiohead fan back a cool $2 American—shipping and handling included. Purchasers whose copies fail to skip will receive a full refund.

Perhaps taking the notion of print-journalism-as-extinct-species a mite too literally, The Dead Tree Edition offers a bubble-wrapped compact-disc copy of Limbs jammed into a sodden, rotting log. The cost is $16 American; shipping expenses vary, but, you know, just kinda guess whatever you’d suspect it would cost to ship an entire decaying tree bough from an urban center in England to wherever you hang your bowler hat.

The Newspaper Album Deluxe Edition option—available for $30,000.00 American plus shipping and handling—is a must-have for the discerning Radiohead uber-fan. This exclusive, unprecedented package includes compact disc, vinyl, interactive flash-drive, micro-cassette, eight-track, and Mini-Disc versions of The King of Limbs, lovingly swaddled in a commemorative copy of the January 1, 1984 edition of The New York Times.

Also included: an actual severed human arm, clutching the environmentally-astute Limbs digipak in its cold, dead fingers; the Joel Pirela-designed, Banksy-illustrated pocket knife used to separate limb from trunk; a gristly heap of viscera, gore, flesh, and maggot larvae. Packaged separately: a pair of forensics gloves to prevent the spread of diseases and the staining of clothing, and to allow the purchaser to avoid persecution on charges of accessory felony manslaughter.

W.A.S.T.E. will begin accepting orders for The Newspaper Album Deluxe package at midnight on April 1, 2011.